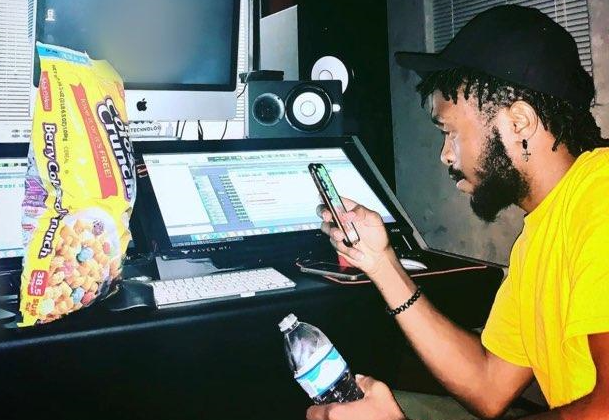 A NAME TO REMEMBER – VIKKI SOTA

Vikki Sota is a name you will remember. The upcoming artist has considerably more gravitas and panache than many others working in the same style and his visual acumen is every bit as strong. His personal story is familiar yet isn’t one you hear often enough. He comes from a humble beginning; growing up poor and having to pave his own way. The obstacles he faced were never able to set him back or sway him from his goals. He harbored bigger dreams than many who grew up alongside him held and made opportunities for himself others failed to realize.

Music is only one part of the overall package. SOTA secured the necessary financial backing for investments in several businesses and rental companies in the Southern California area. It’s one of many end results fueled by working two jobs, pushing his way through college all the while, and clinging to a growth-focused mindset. Founding his own studio, Quality Sound Studios, is another important step into the future for SOTA and shows a rare sort of confidence in someone so young.

The confidence is justified. His latest single “Run Up My Bands” has turned a pivotal page for SOTA in 2021 and the song’s video underlined its iconoclastic swagger. He never comes off as amateur, however, or overly crass. Authenticity and artistry dwell side by side within this talented performer. There isn’t a single aspect of SOTA’s presentation that doesn’t ring true in the contemporary landscape.

He isn’t heavy-handed though. His business moves, his musical decisions, and songwriting reflect a level of accessibility any sensible artist aims for. This is a young man who wants to be an agent of transformation in our world, always in control of his destiny, and isn’t content with being pigeonholed in the same predictable slots as many peers and predecessors. He’s succeeded in that mission, without question.

He can go anywhere he likes from here. Vikki SOTA can continue expanding his business holdings while building his musical career. There are also apparent possibilities for him as both a live performer, particularly as the pandemic situation clears, and his look is a sure hit with

anyone in Hollywood. He’s hard at work on an upcoming EP release, Genesis, and it’s clear the only limits Vikki SOTA must fear are those imposed by himself.

Nothing else can stop him short of death. These sorts of human forces of nature only arrive on the scene once or twice a decade and there’s every evidence Vikki SOTA fits the bill. Even based on the limited evidence of his career until now, he has the staying power to make his mark on multiple generations. It remains to be seen in how many ways this will happen. It will happen, there’s no question. There’s the undeniable sound of greatness bubbling just beneath the surface in Vikki SOTA’s music and we can expect it to reach a full roar in short order. Be sure you are listening because, oh, what a glorious sound he’s going to make.