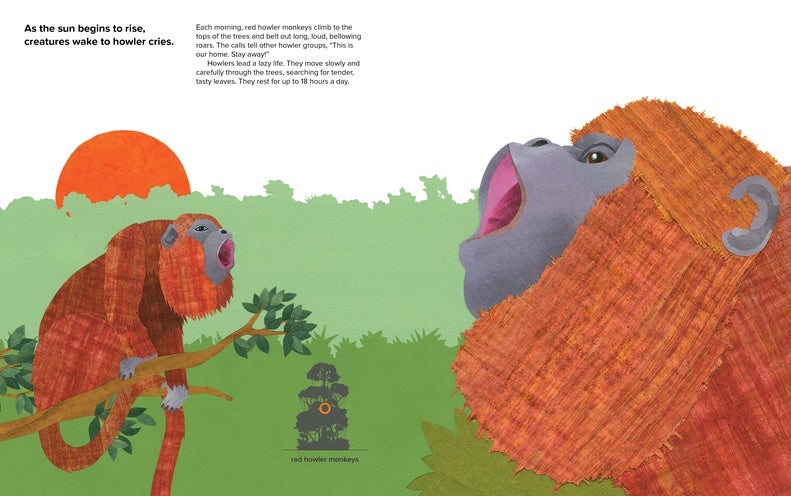 Nonfiction Is Cool, and Our Kids Know It

A recent column in the Washington Post asked “Will my grandkids still love me if I buy them nonfiction?” It’s a question rooted in adults’ perception of what children like and how they decide which books to read, and it actually belies the fact that we are in a “golden age” for children’s nonfiction.

While the nonfiction of our childhoods was less exciting, the variety in nonfiction these days is amazing. The ease with which we can create graphic- and photo-heavy, well-designed nonfiction means that children are gravitating to nonfiction books like never before. We’ve long assumed that kids have to be convinced that reading is pleasurable, especially when the task is learning about our world instead of a fictional one, like Narnia. Yet, researchers and librarians who have tracked the reading preferences of real, in-the-wild kids would disagree.

These kids need no convincing.

Expository writing, the basis of much of nonfiction, is a favorite of children who are just discovering the world of reading.

Despite that preference, the grownups don’t seem to be listening; right now only 17–22 percent of books available in classroom collections are nonfiction.

So, yes, your kids, your grandkids, your bonus kids, all will love you for buying nonfiction. Like many other grown-ups out there, I had no idea this was the case. And while fiction has many subcategories—mystery, romance, sci-fi—until recently, nonfiction has all been lumped into one category. Breaking nonfiction down into five easy-to-understand types makes it easier for you, and your kids, to find books that light a spark.

Many of today’s books look nothing like nonfiction did when we were kids. You can find visually inviting and wildly interesting books about anything. A totally hilarious take on the Earth’s history, as told from the perspective of the Earth itself. A biography of the little girl who went from having lizards at her tea parties to becoming the first female curator of reptiles at the British Museum. A playful mental experiment on what it would look like if you and your friends had the teeth of other mammals.

And the words and illustrations can rival any other read-aloud favorite from a child’s shelf. There is a lyrical introduction to the water cycle with illustrations so beautiful you want to hang them on your wall. There is an ominous and poetic exploration of the giant squid that doesn’t even reveal the animal until a dramatic foldout on the final page.

It might seem like conveying factual information clearly and accurately would limit the bounds of what authors and illustrators can do, but the result has been just the opposite. Those constraints have yielded new creative approaches and solutions that speak to even the youngest of readers. The lift-the-flap approach of Eye Spy lets kids see through the eyes of their favorite animals, and the tiny reference trees and giant canopy illustration in Fourteen Monkeys invite kids to turn the book on end or lean in to get a closer look.

And as visually engaging as these books are, the most persuasive arguments come from the kids themselves. In a 2003 log of over 10,000 library transactions for kids in first to sixth grade, kids picking books for pleasure chose nonfiction 40 percent of the time. The shift towards graphics-heavy nonfiction was already making its way into libraries. A 2006 study found first graders picking from a set of nine books chose one of the nonfiction options more than 80 percent of the time. And when asked, most of the kids in this study thought their friends would make similar choices. So not only does nonfiction appeal to young readers, but multiple studies have found that expository nonfiction provides an important gateway to literacy for otherwise reluctant readers. There are even books dedicated to how effective nonfiction can be in classroom settings for kids on the cusp. Kids know what they want.

Bringing more nonfiction to your living room (or classroom) is a great first step, but what can you do to make sure those books include diverse topics and writing styles?

Author Melissa Stewart has now authored over 180 children’s books, but back in 2012 she was struggling to understand the shape of the exploding nonfiction landscape. She read as many books as she could and began organizing them into a family tree.

After many iterations, Stewart posted a version of “5 Kinds of Nonfiction” to her blog. It exploded. Librarians, authors, teachers and even publishers took notice. It grew from a blog post to invited talks and ultimately to a book of the same name co-authored with professor of literacy Marlene Correia.

So what are the five kinds?

But how do I know what kind to pick? Ask your kids. When kids get to pick their own books, they are more likely to be motivated and independent in their reading.

Maybe one kid wants to read about famous women from throughout history. Maybe another wants to learn about the history of robots, the various types of robots, while also trying to build a robot themself. Just take a breath, stop picturing nonfiction from when you were a kid, and let them choose.

We used to get bribed as kids to read books off long reading lists, earning the coveted personal pan pizza as a prize. The changing world of nonfiction has made it easier for our kids to gravitate towards the kinds of books, and styles of writing, that adults had deemed snoozefests. No pizza necessary.

How a universal flu vaccine could prevent the next pandemic

New approach can help identify young children most at risk

Loewe x Spirited Away Will Make You Very Nostalgic

Loewe x Spirited Away Will Make You Very Nostalgic

My Favorite Zara Jeans Are on Sale Right Now —

Maya Angelou on the U

12 Books by Those Who Strive to Make Martin Luther

Interview with Eileen Mueller and A

Dr. Ambroes Pass-Turner Takes Us on Her Journey to “Rex’s

How a universal flu vaccine could prevent the next pandemic

New approach can help identify young children most at risk