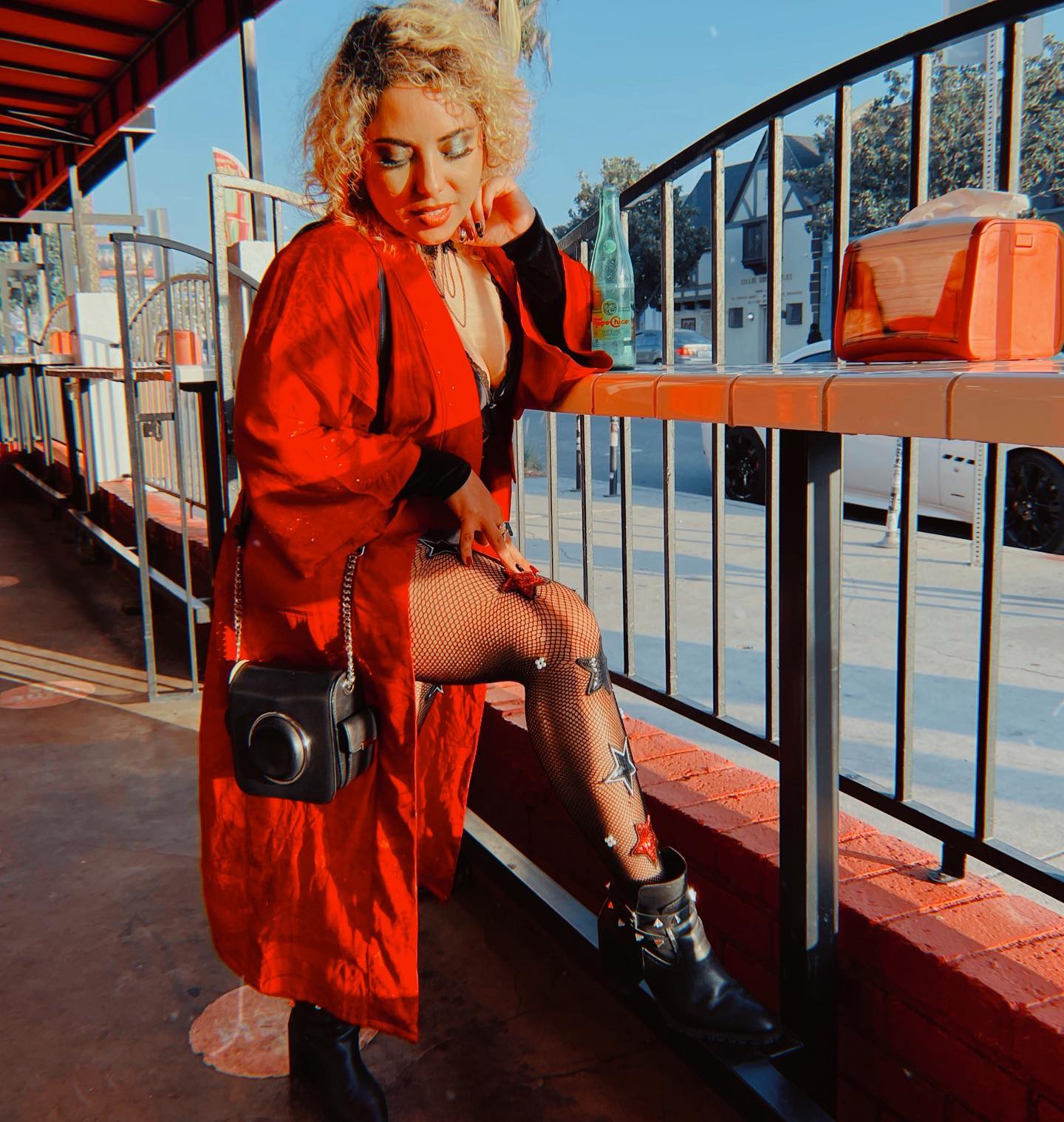 Taking on music the same way she would take on designing a new line of fashion, in her new song, “Pieces”, Emily Daccarett crafts a unique sound that sews together both classic and vintage styles. Daccarett’s well-documented design career is just one facet of her artistry to lean towards synth pop; “Pieces” is a pivotal moment in an emerging music career that has already shown much promise with songs like “Cannibal”. Daccarett is at the top of her game in “Pieces”.

Daccarett has a way of creating a cinematic sound, too. In “Pieces” the music is airy, and flows as if it were a ribbon flying in the air or maybe even a gallon of paint being tipped over and the contents searching (like water) for spaces to fill. She fills each open pocket with an emotional sonic benchmark. I loved the way “Pieces” turns like the tide, a natural ebb and flow of electronica and neon-esque soundwaves. If this song were an instrumental, it would be like the soundtrack to a Saturday night, into the wee hours of early Sunday. Daccarett sculpts a nocturnal sound, with visions of pinks and purples lighting the way.  I never felt like I was plucked from 2021 and placed in 1983. Rather, it’s more like I was transported from 2021 to 2031. The music is tight but relaxed enough to feel that emotional high. Sprinkled between the measures is a guitar. The rhythmic beat is caffeinated enough to get the heart beating, but I wouldn’t say it’s house trance music bass drum level. It’s the perfect amount.

Lyrically, I gravitate more towards the melody. I will be frank – I couldn’t quite glean every word. I didn’t want to or feel the need to. I wanted to choose your own adventure song and this was it. “Pieces” keeps you on the edge but it also deploys a relaxed, laid back groove. The vibe is very nonchalant, almost dream-like. Daccarett almost coos the listener to another world. Her voice is almost hypnotic, too, and it’s a chance to be free. It’s not just flashes of greatness, it’s consistently rapturous. Her voice, much like Debbie Harry of Blondie, Andy Bell (Erasure) or Annie Lennox, is glass-like. There is a subtle delicateness and fragility. But deep down, you know there is a confident and brave woman. I think that’s the point of the song.  She’s perfect to be fronting a pop song and frankly, a voice that has more interesting layers than most indie artists. She has that wow factor.

As a listener, I felt like my heart was light and lined-up with Daccarett’s output. She makes you feel not alone, and she communicates to the listener that it’s okay to have diverging or conflicting feelings. “Pieces” is a gem of a song and Daccarett proves you can wear your heart on your sleeve and it’s okay to not be okay. This song lifts you up, and it also allows you to process your emotions. It’s worth the listen.