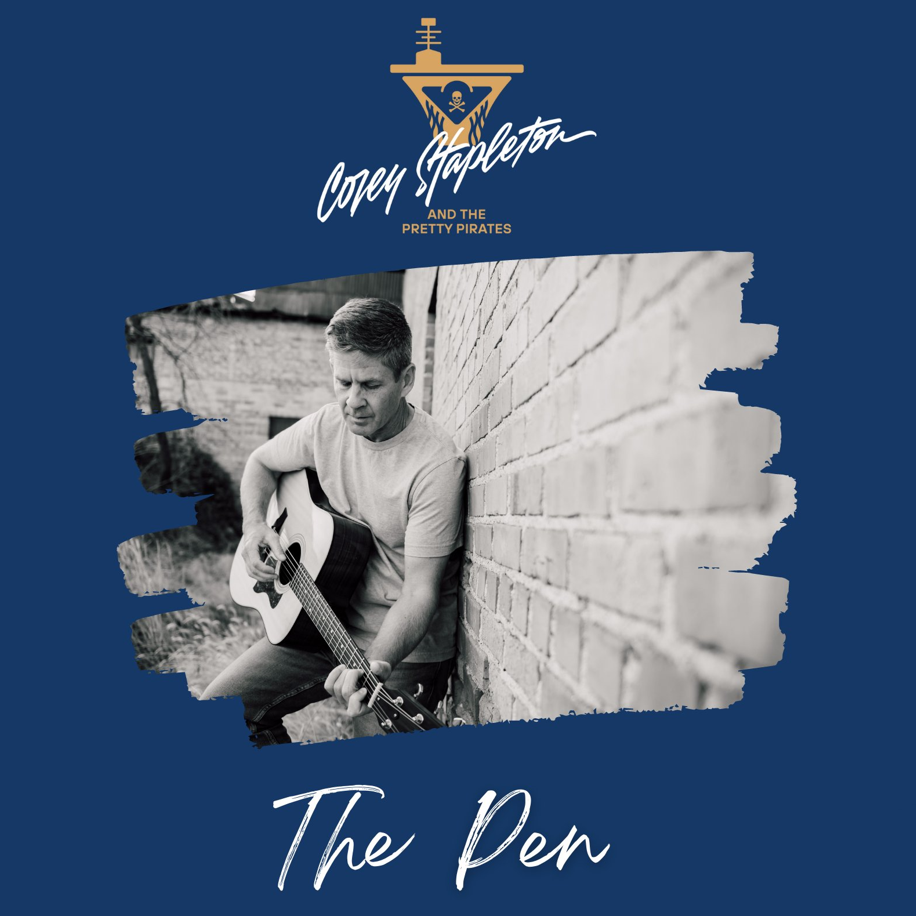 Ballads show us a lot about a singer, and in the case of a slow country song, they can reveal to us the depth of a vocalist in more ways than one. Although I don’t think that Corey Stapleton’s debut failed to showcase his versatility in the recording studio, there’s something rather profound and full-bodied about his new single “The Pen” that I didn’t expect to find so early on in his career. There’s a ton of emotionality sourced exclusively from the harmonies in this piece, and beside the structured arrangement of the instruments, Stapleton’s tones shine like the diamonds they truly are.

Corey Stapleton is never forcing this lead vocal, and frankly, he doesn’t have to. His is such a sweet, endearing voice that can melodically shape the core of any narrative even without strong linguistics, but luckily for us, “The Pen” isn’t lacking in heartfelt poeticisms in the least. Truth be told, I think this is a little stronger than the first entry in his discography is from the lyrical angle, and it suggests a deeper affection for romanticism than I would have initially pegged this songwriter being capable of producing from within the recording studio.

The brooding tone of this single is made all the stronger by the relaxed tempo of the instrumentation, which comes in contrast with the hint of urgency behind Stapleton’s singing. He’s insistent in his delivery, but the beat is rather easy in comparison, drawing out a greater friction in the climax of the chorus. This is a player who grew up on a lot of classic pop songcraft and were this not the case I don’t think that “The Pen” would sound as well-rounded and complete as it does in this incarnation. Country needs his influence, and I think most critics would be quick to agree.

This is a rather unsophisticated master mix by modern standards, but I don’t think it’s raw because of an affinity for the DIY aesthetic. On the contrary, Stapleton seems more interested in preserving the sonic integrity of his music than he is adhering to the polished model a lot of his contemporaries would spend the better part of their careers trying to replicate in their own music. He’s got a higher pedigree than you might be expecting, and what it winds up producing in the next ten years could be really big for Nashville and beyond.

“The Pen” is a dynamic representation of Corey Stapleton’s personality, and I think it’s going to win him a lot more fans before the year comes to a conclusion. Country’s hardcore followers have every reason in the world to be more discriminatory; with this being an age rewarding us with a lot of talent in Americana, there’s a lot of incredible artists to choose from, and I think Stapleton is among the best in his peer group right now. There are plenty of songs modeled in the style of “The Pen,” but very few embody the pure soul this incredible performance does.