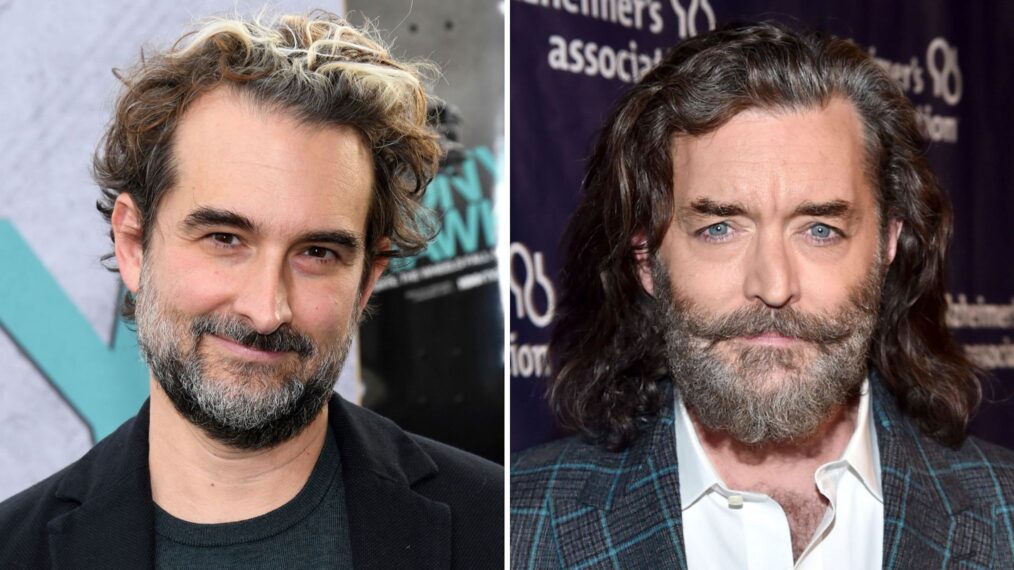 Duplass will play Hades, god of the Underworld, and Omundson will play Hephaestus, god of Blacksmiths, per Variety. PJO’s Hades, per the character description, “feels like an outcast from his family and a misunderstood genius. He holds a grudge for past wrongs and plays his cards close to the chest.” As for Hephaestus, the god “became disabled when he was thrown off Mount Olympus as a babe,” the character description describes. “Despite that, his strength is legendary, and his capacity for kindness and mercy sets him apart from his brothers and sisters in the dog-eat-dog world of the gods.”

Said dog-eat-dog world of the gods will include Glynn Turman as Chiron (a.k.a. Mr. Brunner), Jason Mantzoukas as Dionysus (a.k.a. Mr. D), Megan Mullally as Alecto (a.k.a. Mrs. Dodds), and Lin-Manuel Miranda as Hermes. Additional guest stars include Jessica Parker Kennedy as Medusa, Adam Copeland as Ares, god of War, and Suzanne Cryer as Echidna, the Mother of Monsters.

The demigods are what Percy Jackson is all about. Leading the Disney+ fantasy adaptation of Rick Riordan’s novels is Walker Scobell as 12-year-old Percy Jackson. He’s joined by Leah Sava Jeffries and Aryan Simhadri as Annabeth Chase and Grover Underwood. Additional teenage demigods include Dior Goodjohn as Clarisse La Rue, Olivea Morton as Nancy Bobofit, and Charlie Bushnell as Luke Castellan (son of Miranda’s Hermes).

Percy Jackson and the Olympians tells the story of the 12-year-old modern demigod who is coming to terms with his powers just as Zeus accuses him of stealing the master lightning bolt. With help from his friends, Percy embarks on the adventure of a lifetime.

Season 1 will be based on the first book in Riordan’s series, Percy Jackson and the Olympians: The Lightning Thief. The series is currently in production in Vancouver with Riordan and Jon Steinberg having written the pilot. James Bobin directed the pilot with Steinberg and his producing partner Dan Shotz overseeing the series and serving as executive producers. Additional EPs include Bobin, Riordan, Rebecca Riordan, Bert Salke, Monica Owusu-Breen, Jim Rowe, Anders Engström, Jet Wilkinson, Ellen Goldsmith-Vein, Jeremy Bell, and D.J. Goldberg.