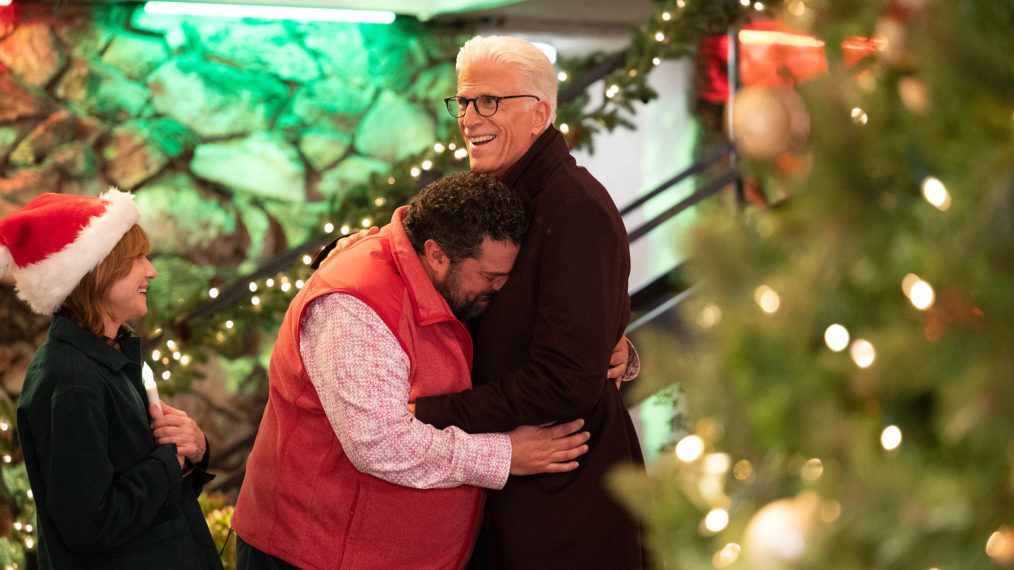 NBC to Kick Off Its Midseason Comedies Early for the The network has announced that it is jumpstarting its comedy slate, with new holiday-themed episodes of Young Rock, Kenan, and Mr. Mayor on Wednesday, December 15 , as well as special previews (two episodes each) of freshman series American Auto and Grand Crew on Monday, December 13, and Tuesday, December 14, respectively. (Premiere dates and time slots for their midseason launches will be announced at a later date.)

“As we build momentum to the premiere of these five comedies next year, we love that we are able to showcase them in a special way during the holiday season,” Jeff Meyerson, Executive Vice President, Entertainment Comedy Programming, NBCU Television and Streaming, said in a statement. “Comedy has always been a defining genre for NBC and we’re looking forward to adding a new chapter to our incredible comedy legacy.”

Keep reading for the details on these special preview episodes and the new comedies. Air date: Monday, December 13 at 10/9c
Logline: From the creator of Superstore comes a new workplace comedy that takes the wheels off the automobile industry. Set in Detroit, the corporate executives of Payne Motors are at a crossroads: adapt to the changing times or be sent to the junkyard. Shaking things up is the new CEO, whose leadership, experience and savvy is only slightly offset by her complete lack of knowledge about cars. Luckily, her team has some of the best minds in the business – when they aren’t fighting or trying to outwit each other. From the corporate office to the factory floor, the crew of Payne Motors is driving home the laughs.
Cast: Ana Gasteyer, Jon Barinholtz, Harriet Dyer, Humphrey Ker, Michael Benjamin Washington, Tye White and X Mayo Air date: Tuesday, December 14 at 8/7c
Logline: From Phil Augusta Jackson (Writer/Producer/Director, Brooklyn Nine-Nine) and Dan Goor (Creator, Brooklyn Nine-Nine) comes a new comedy that proves life is better with your crew. This group of young professionals are all trying to navigate the ups and downs of life and love in Los Angeles, and they always find time to gather at their favorite bar to “wine down” and unpack it all. There’s Noah, a hopeless romantic too eager to settle down; Nicky, a go-getter in real estate who’s adventurous in romance; Sherm, a low-key genius who plays the dating odds; Anthony, whose true love is his career; Wyatt, who’s relieved to be married and out of the dating scene; and Fay, who’s recently divorced and looking to start fresh in LA. And just like wine, their friendship gets better with time.
Cast: Nicole Byer, Justin Cunningham, Aaron Jennings, Echo Kellum, Grasie Mercedes and Carl Tart