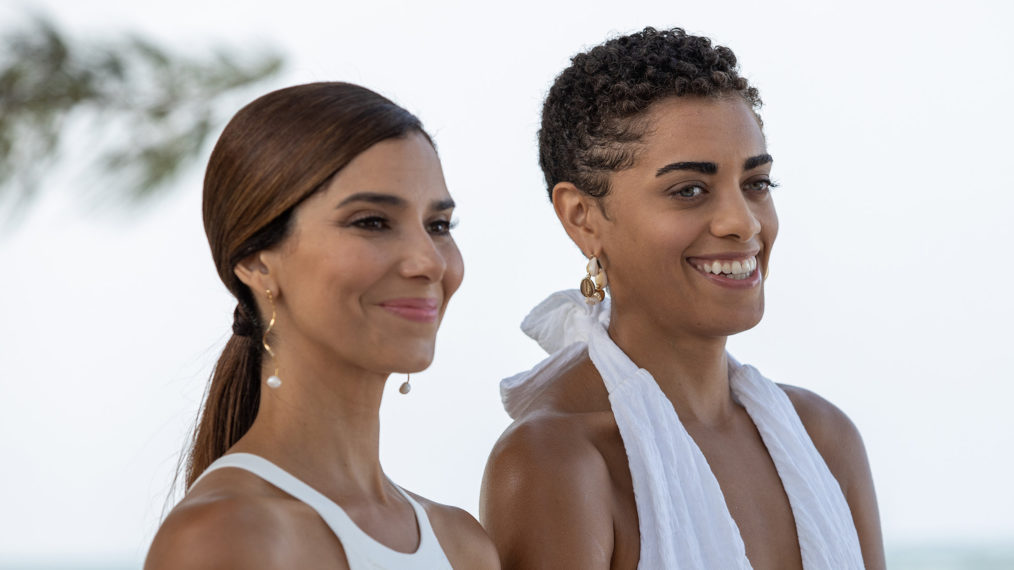 Fox is extending its stay on Fantasy Island.

The network has announced that it has picked up the drama for a second season, with Roselyn Sanchez and Kiara Barnes set to return as Elena Roarke and Ruby Akuda, respectively. But fans won’t have to wait too much longer to go back to the island: The special two-hour holiday episode, “Welcome to the Snow Globe,” will air on Tuesday, December 21 at 8/7c.

As TV Insider previously revealed, its guest stars include Lindsey Kraft and Eddie Cahill. Kraft plays a businesswoman whose fantasy of a perfect Christmas and meeting “Mr. Right” (Cahill) tests Roarke in unexpected ways. The episode will also feature guest star Mackenzie Astin as Mr. Jones, who faces his past. Plus, a new Secret Santa tradition has Ruby and Javier (John Gabriel Rodriquez) looking to the future.

Fantasy Island takes place at a luxury resort where literally any fantasy a guest has is fulfilled … although they rarely turn out as expected. Elena is the grand-niece of the iconic Mr. Roarke (from the original 1978–84 series). She’s set aside her own ambitions and the love of her life to uphold her family’s legacy. Ruby is a guest who arrived on the island with a terminal illness and was given new life — and youth — and stayed on as Elena’s right hand.

“Thanks to the fantastic Roselyn Sanchez and charming Kiara Barnes and the captivating stories that tapped into the core tenets of emotion and aspiration, Fantasy Island was the perfect wish fulfillment and escape we all needed this summer,” Michael Thorn, President, Entertainment, FOX Entertainment, said in a statement. “Liz Craft, Sarah Fain and everyone at Sony and Gemstone did an excellent job on this series and, like all good things, it left us wanting more. We’re so happy to have Elena Roarke, Ruby Akuda and everyone on Fantasy Island open their world again for a brief visit this winter and for a longer stay next year.”

“We are thrilled to be back for a Season Two! Liz, Sarah, Roselyn and the whole Fantasy Island family reimagined this storied IP and gave it just the modern female flair it needed to resonate with audiences around the world. We’re so proud of the show and grateful for our stellar partners at FOX,” added Marie Jacobson, EVP, Gemstone Studios.

Fantasy Island was the #1 new scripted program among adults 18-49 this past summer, as well as Fox’s most streamed new drama since 9-1-1: Lone Star.