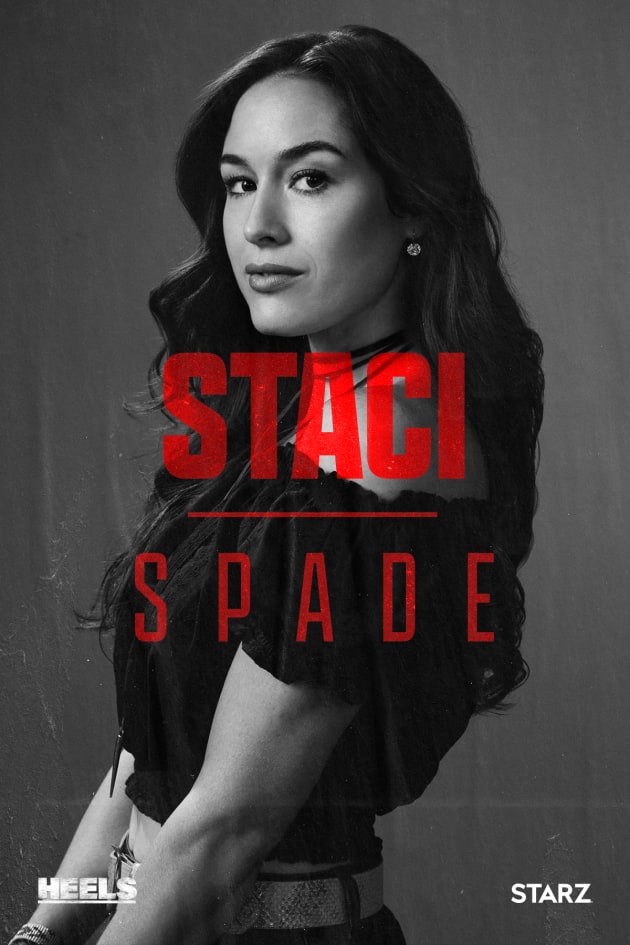 Since daddy issues are a core element of Vicious’s dysfunction, it seems only fitting that Cowboy Bebop Season 1 Episode 7 gives Faye’s unique mommy issues a spin.

After Faye tried to track her down on Cowboy Bebop Season 1 Episode 4, it was only a matter of time before Whitney showed up in the flesh.

Like Spike, I have to admire a character with such panache and complete disregard to societal norms that she’ll con a valet as quickly as she’d whip up a batch of dumplings.

She’s got a lot of nerve, too, as Faye points out. Coming to the woman you conned and bilked to ask for a ride is a lot to swallow.

Trusting that said woman, a bounty hunter of reasonable renown, won’t turn you in for the bounty on your head is borderline foolhardy.

It occurs to me that if Whitney were the only role model Faye had since she awoke from cryo-sleep, it would explain where she learned to value her own abilities.

Still not sure where Faye picked up the bounty hunting skills, mind you.

I appreciate that Jet picks up the vibe that all is not as it seems with Whitney and Faye. Once a cop, always a cop. His instincts are on alert.

His reaction is also precisely what Spike had been predicting. At his core, Jet believes in honesty. After the truth of his partner’s betrayal came out on Cowboy Bebop Season 1 Episode 5, he’s probably more sensitive about it too.

In any case, his reaction to Faye’s subterfuge will definitely discourage Spike from coming clean.

With Faye’s memory only reaching back a couple of years, I wonder how many times she’s had to apologize. Daniella Pineda embued her remorse with such genuine repentance that it felt like something a young child would convey.

It’s a sad truth that we do lose potency when our words become scripts. When adults apologize without acknowledging their wrongdoing, it’s a perfunctory routine. Faye’s apology owned her mistake.

Jumping to the end, insert eye roll and shudder upon the discovery that Whitney and the Iron Mink were role-playing some sort of couples’ exercise.

Considering the goons Spike had to fight off while Jet enjoyed his daughter’s recital, the Iron Mink sank a lot of resources into this immersive kink.

You are disgusting. Shameless. Ravishing. Miserable. Husk. Blyat. I loved you so much. It makes me sad to kill you.

It’s especially excessive when you consider that Whitney never saw that fight, hence making any titillation from witnessing her husband’s army go to war for her moot.

That the Iron Mink felt it necessary to kill his henchman for hearing the boss’s safe words was a bit of macabre levity. Noted and applauded (although I am curious who will be cleaning up Dimitri’s body.)

Once again, there is an elegant juxtaposition of themes on the two plot threads.

While Whitney and her husband engage in consensual and non-traditional strategies to keep their attraction fresh, Julia is D-O-N-E.

Knowing Vicious isn’t the type to plan ahead, Julia’s proposed coup hinges on him controlling himself long enough to make nice with the other capos in The Syndicate. Having him at the table starkly contrasted with Mao’s stern but diplomatic business demeanor and Santiago’s gentility.

Does it seem strange that with three Elders ruling, there are only three capos? Or are these just the local capos?

Julia’s private proposal to Mao comes with less subtlety. Although it’s such a simple request, it would be unseemly to dance around it, I guess.

Having arranged to have Mao positioned with a weapon over her husband as part of the plan to overthrow the Elders, her true intentions now coalesce as she requests that Mao strike a killing blow.

There’s a moment of hesitation in Mao when Julia makes her request. Did she recognize that Vicious’s madness may have infected Julia? Did she think Vicious had sent Julia to test her loyalty?

I’m not sure how anyone in The Syndicate can ever relax. Maybe it’s just having Vicious all wound up and looking to hurt someone that makes it seem incredibly chaotic and violent.

Santiago certainly lives a life out in the open. Mao appears calm and assured of her minions’ loyalty.

It’s only those swimming in Vicious’s pool who appear jumpy and unsure. And do you blame them?

I’d like to see what the Elders do when they are all masked up and on the thrones. It’s a very ritualistic way of ruling and feeds right into Vicious’s description of them being “fossils.”

So while Whitney and the Iron Mink have an unusual arrangement, the lesson here is that a unique marriage will always be preferable to one of terror and deception.

Both relationships involve danger and pursuit, but Whitney has understanding and a true partnership, something Julia may never know.

Are you anticipating a Vicious victory over the Elders, or are you hoping that Julia’s efforts to control her destiny bear fruit?

Go ahead and post your predictions in the comments!