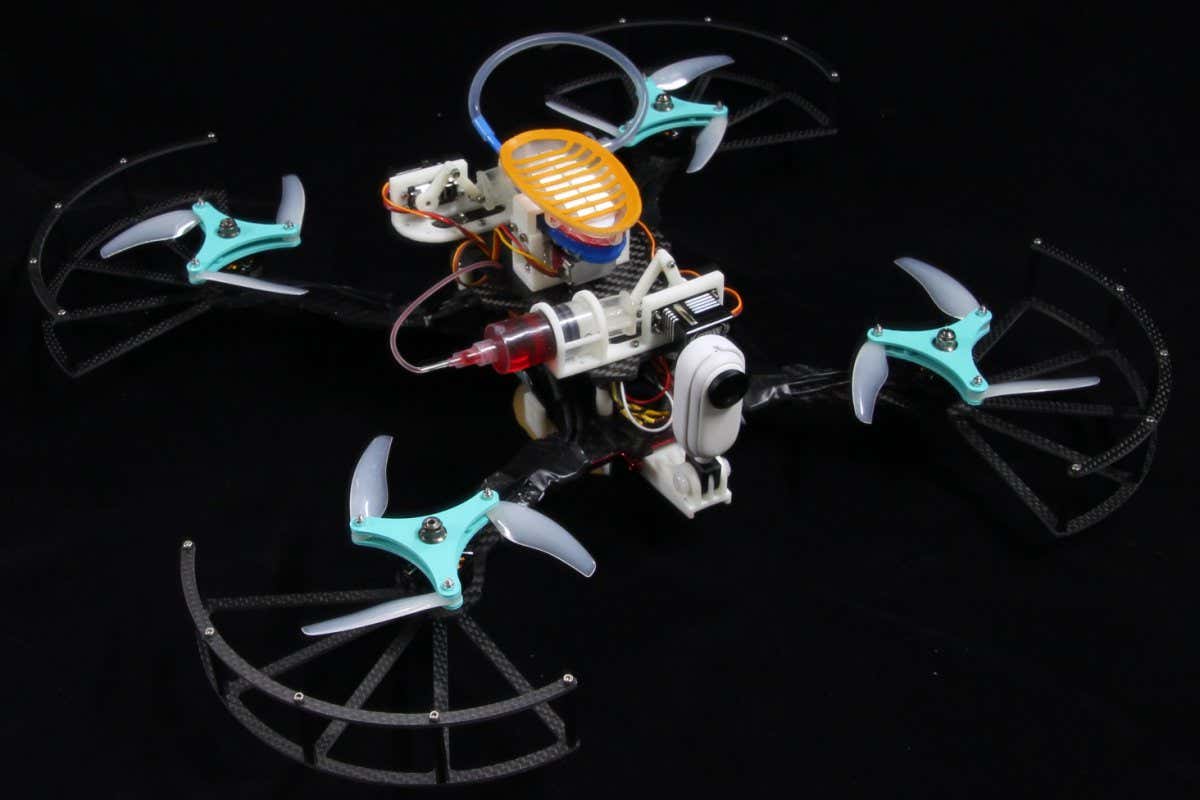 Robot can fly, swim or hitch a ride by sticking

A robotic drone that can travel through air and water, and also attach itself to larger objects with a suction cup, could be useful for tagging wild animals, say its creators.

The suction cup is inspired by the remora fish, which attaches itself to larger marine creatures in a symbiotic relationship where the remora eats parasites that would irritate its host and also gets a ride in return.

“My original thought was ‘let’s find a point where we can beat nature’,” says Li Wen at Beihang University in Beijing. “Let’s do a robot that can not only swim and stick underwater, but also can fly into the air and stick in the air. I don’t think there are any animals that can do this.”

Wen and his colleagues created a 3D-printed replica of a remora fish suction pad. The small rubber-like pad has a segmented layout that can create a tight seal even when part of the pad isn’t in contact with a surface.

By changing the volume of each segment once a seal has been made – hydraulically in the robot, but by muscular contraction in the fish – strong suction can be created.

Wen says he was also inspired by the way that kingfishers can fly into water and catch prey, folding their wings as they hit the surface. The drone’s rotors have hinged blades that automatically fold and unfold as the RPM is changed between the high speeds needed for air flight and the lower speeds that work more efficiently in water.

In laboratory tests, the drone, which is 40 centimetres long and wide, successfully attached itself to a moving submersible robot, hitched a ride for a short period and detached again. While attached, it consumed roughly 5 per cent of the power it would have used under its own propulsion.

It can also hitch a ride on objects in the air, where it uses around 2 per cent of the energy required to fly under its own power. The robot can breach the surface of the water, fly stably in air and resubmerge many times in a single journey.

The drone has hinged rotor blades and a segmented suction cup

It works at depths of up to 2.2 metres, which is limited by its onboard communications with controllers outside the water. But researchers say that future autonomous devices would be able to operate at much greater depths.

Wen suggests that the drone could be useful in research expeditions and wildlife surveys in remote environments. For example, it could fly high enough to spot whales, dive into the water to attach a GPS tag and then repeat the process many times.