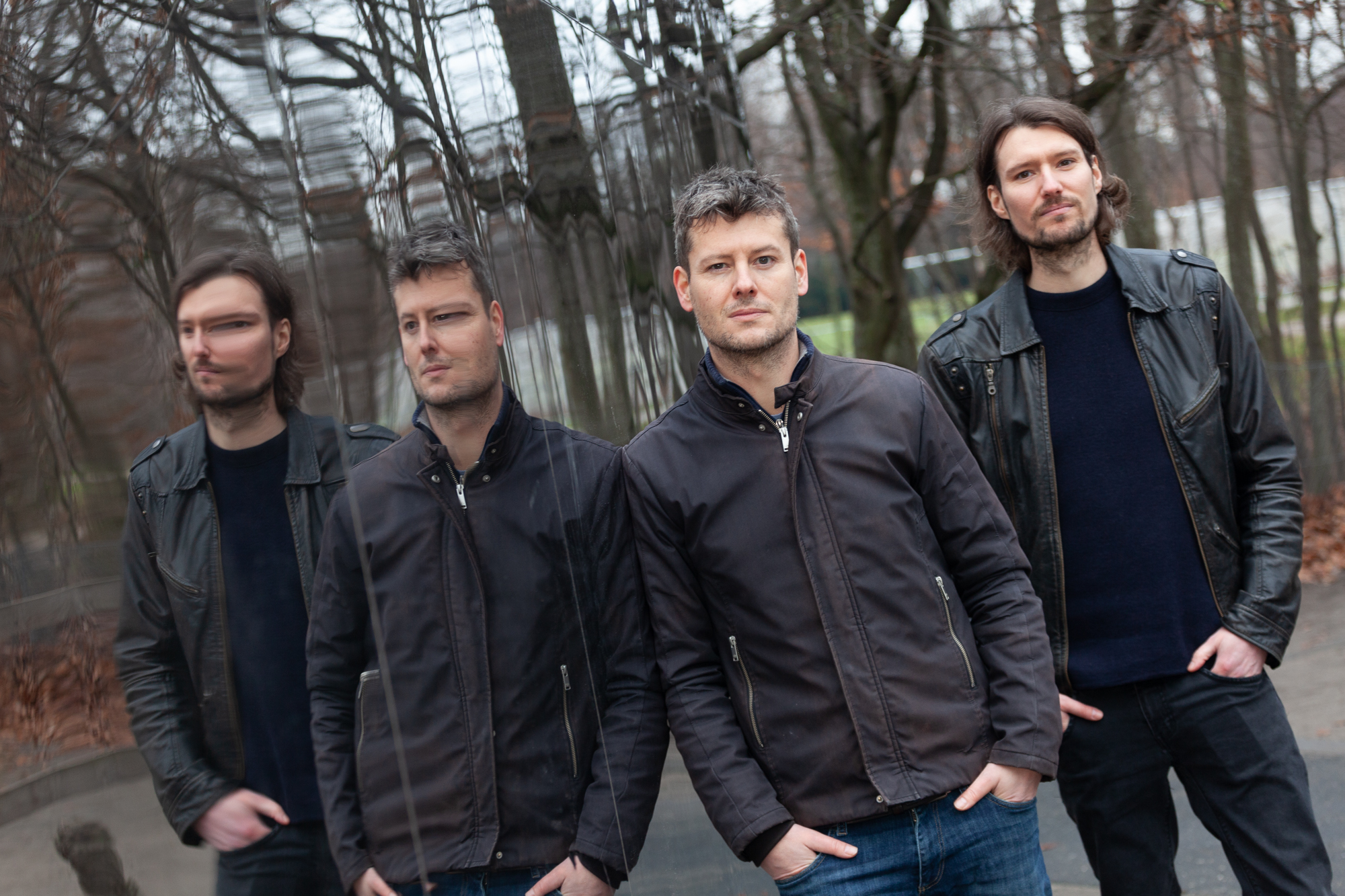 Vinyl Floor’s bracing mixture of sinewy guitar-driven alt rock and artsy lyrical and conceptual inclinations are rife through their album Funhouse Mirror. The fifth collection from the Danish band continues exploring the same blended territory of its predecessors while drafting well-chosen guest players to help flesh out the band’s sound. Don’t be afraid of this release falling into some fabricated strand of cookie-cutter alternative rock. The brothers Thomas Charlie and Daniel Pedersen are writing and performing compositions charged with high-powered creativity rather than relying on formula and imitation.

They share lead vocal duties for Funhouse Mirror. Swedish producer Emil Isaksson isn’t involved in the songwriting process, naturally, but has an immeasurable effect on the release thanks to his understanding of the band’s singers. The album opener “Anything You Want” illustrates that. Isaksson and the Pedersens are on the same page about integrating the singing with the song arrangements; attentive listeners will notice much.

Hear how assorted lines end on a downbeat and how the production emphasizes an atmosphere of airy spontaneity. These sorts of small touches may seem insignificant at first but add up over time and help define the release. “Clock With No Hands” rates as one of the album’s peak moments for several reasons. The relaxed yet measured swing of the band performance is one of its key strengths, but the outstanding lyrics deserve note. The central simile at the heart of the song is literary without ever sounding pretentious and helps flesh out the song’s subject in a few key brushstrokes.

“Ever, The Optimist” boasts an unusual arrangement with jazzy inclinations. It isn’t difficult to follow, however, despite the variation and the song has a lightly orchestrated feel listeners will enjoy. Horns figure their way into the arrangement during the track’s second half and fill the song with added melodic zest. “Pretty Predictable” has a near-dirge drag but, as before, keen-eared listeners will hear hints of orchestration in their music, and it never bores. The title track finds them moving from strength to strength.

The Beatles debt is obvious. It isn’t so all-consuming, however, that it renders the song into a pastiche. Instead, the title song burns with idiosyncratic emotions that belong to the Pedersens alone, and their penchant for housing such work inside vibrant arrangements pays off bigger here than elsewhere. Your mileage may vary, of course. The piano-driven “Death of a Poet” moves from its ominous if slightly theatrical opening into a much more broadly theatrical experience without sacrificing its musicality along the way. It isn’t a song that everyone will love, but it is one of the more interesting moments included on the album.

Dazzling orchestral pop closes the album. “Days” wastes little if any time with preambles and, instead, plunges listeners full-on into the swelling flourishes and lyrical ebbs of this piece. It’s an ideal finale for an album that will grow on you with each successive listen and doesn’t weary listeners despite wearing its influences on its sleeve. Vinyl Floor’s Funhouse Mirror is one of 2022’s most inspired musical releases.