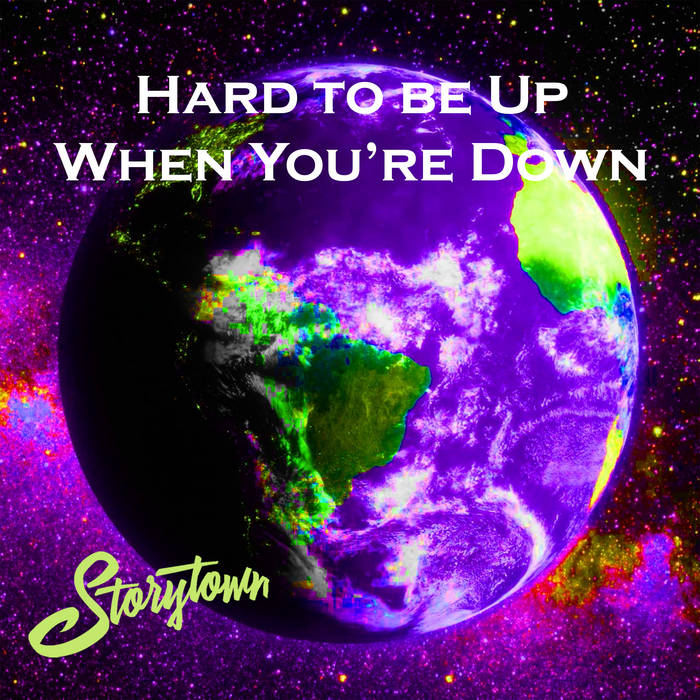 Get yourself a big pot, fill it with a broth rich with grooves, toss in liberal, flavorful handfuls of The Beatles, XTC and Talking Heads. Add dashes of the Allman Brothers Band, World Party and Tom Petty. Let it simmer for a long, long time, until all those flavors meld into the unique, melodic, catchy and indescribable deliciousness we call Storytown. Correct the seasoning. Dig in. Storytown is the creation of Guy Story, born and bred in Mississippi and now living in New York City.

Story spent more than three decades embedded in the technology industry, working for Bell Laboratories, Amazon and as the founding CTO at Audible, Story had an early footprint in startup culture, digital media and rights management, all of which have become major touchstones in the current landscape of the music industry. Storytown’s songs show an innate understanding of how great pop songs work—lyrics that match the emotional heft of the music and arrangements where no sound goes to waste.

In “Hard to be Up When You’re Down,” Story explores the dispiriting effect of the pandemic. He was trying to write a song and was feeling a little down and dispirited. Story thought about how hard it is to make the effort when you’re not feeling up, hopeful and optimistic. It took a leap of faith for him to attempt to write a new song during the pandemic. That leap was fueled by hope, by a sense that the quest is worthy and by a belief that he has, something to say — a resounding rebuttal to the discouraged feeling behind “Why bother?” But when Story is languishing, when he’s “down,” it’s hard to get into that head space, much less spin up into some real flow. Storytown’s new song addresses this challenge with a groovy, ‘70s vibe.

Upon listening to this one single, I could definitely hear the Beatles influence and other ‘80s British bands such as XTC or Australia’s own Crowded House. The blend of instruments are well mixed and mastered and the melody is very catchy and enjoyable. In fact, I thought the entire song showcased the band’s loud and soft dynamics very well – weaving styles of indie, pop, rock and what’s called “sunshine” pop, reminiscent of earlier ‘60s bands such as The Monkees, The Beach Boys and The Turtles. If you listen closely, I think you’ll hear what sounds like a mandolin, which I thought was a unique choice of instrument to play on this particular kind of song. Lyrically, as the song states, “It’s hard to be up when you’re down – and you’re only as happy as your saddest child,” but despite the despair – “No matter how you feel / put a brave face on ‘cause that’s the deal.” With that said, I hope we can all hear a full-length album from this New York band real soon.

There’s a good amount to appreciate with this release from the production to the artistry. I was thoroughly impressed with this single and think you will be as well. Take a listen