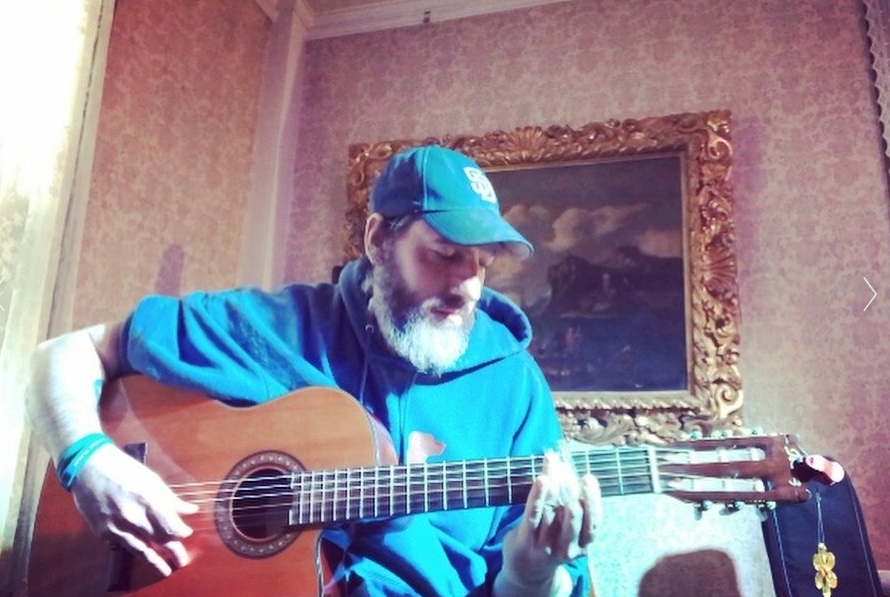 Ian Bouras “A Cure for Reality”

The reissue of Ian Bouras’ first solo album A Cure for Reality gives us cause for reconsideration. SDMP Records originally offered the collection in 2007 and the “one-man band” qualities of the project earned the musician a wealth of critical goodwill. Bouras handled the album’s production duties while also playing keyboards, programming its drums, mixing the tracks and, of course, playing guitar.

It isn’t a stop-gap release until Bouras’ next new project. A Cure for Reality deserves ranking among the best instrumental albums released in the last quarter century and a generation even more eclectic than its predecessors seem primed to relish its diversity. “The Call” illustrates that diversity well. The pre-programmed nature of the drums isn’t any sort of obstacle for achieving a “natural” drum sound and its dry snap provides ballast for the song.

The light reggae/ska influence present in the opener cedes ground to a stronger synthesizer presence during the album’s second track. “Latte” has a relaxed pace and lean arrangement resisting any tendency towards too much clutter. Bouras builds several compelling “breaks” or turns into the composition. His Spanish-flavored acoustic guitar playing, lyrical without lapsing into cliché, glides over the top of “Buttercup”, but it isn’t a guitar-centric outing. Bouras does an impressive job of balancing the synthesizer side of the song’s identity with his guitar playing and it makes for one of the album’s most effective pieces.

“Five-Four” continues in the same inviting bent as the album’s earlier songs. Many listeners will enjoy the lilt in its step, it’s obviously intended as a highlight without ever sounding overwrought. His capacity for melody seems boundless. More importantly, however, it isn’t weighed down with affectation. The melodies present in A Cure for Reality’s material sounds unforced and flows from Bouras in an inspired rush.

Synths, sequencers, and other pre-programmed instruments dominate the title song. It’s one of the album’s highlights, however, as Bouras composes an energetic and ambitious track that lands as one of the album’s best performances. “PM” has him continuing to build his tracks around polyrhythm “world” beat percussion without ever sounding cliched. It makes these instruments nimble, fleet-footed, and allows additional instruments such as guitar more latitude to operate. “Classcycle” plays at a near-shuffle with electric piano filling the composition with upbeat flashes. His broad capacity for mining endless variations from tempos such as this never slips into a rut.

The title of the album’s penultimate cut “Traffic” potentially refers to the several different textures listeners cover during its duration. His creative bursts, however, are never unruly. Bouras didn’t come to his first solo release unprepared for crafting a compelling and cohesive work; these instrumentals may not be tradition-minded, but they are accessible. “Traffic”, likewise, has an underrated playfulness many may appreciate. A Cure for Reality closes with “SD”. It’s a finale that one part special fx, another part Caribbean influenced rhythm track, and another part stylistic mishmash of the two. He features guitar playing much more prominently here than elsewhere, but still relies on a potent imaginative mix of varying elements. There’s no doubt Ian Bouras has moved on, as an artist and man, since this bygone release, but the music doesn’t sound dated and reaffirms his gifts.