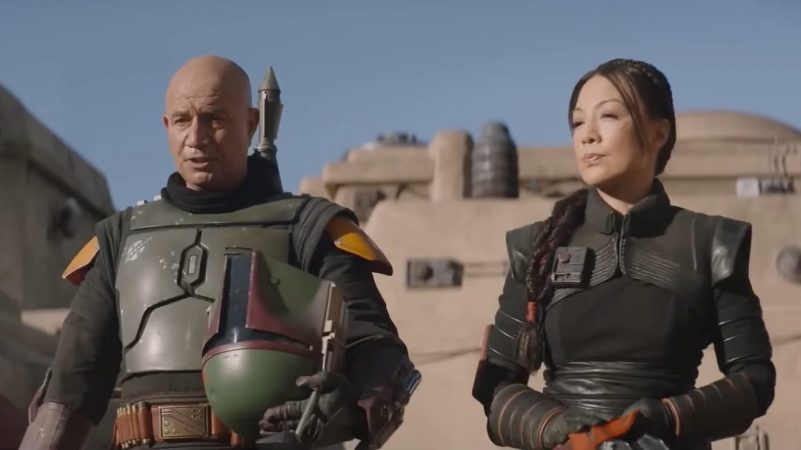 A brand new The Book of Boba Fett clip and TV spot for Lucasfilm’s forthcoming The Mandalorian spin-off series have arrived online, teasing what’s next for the titular bounty hunter and Fennec Shand. The newest live-action Star Wars series is slated to premiere on Wednesday, December 29, exclusively on Disney+.

The clip features the lethal duo as they talk about Boba Fett’s plan to rule Tatooine City with respect instead of fear. As for the TV spot, it highlights the obstacles that the duo will face before they can completely rule the said city including dealing with suspicious high-ranking individuals of Tatooine.

RELATED: Robert Rodriguez on The Book of Boba Fett: ‘Every Episode Has Big Surprises’

The Book of Boba Fett sees the return of Temuera Morrison as he reprises his fan-favorite space bounty hunter role as Boba Fett, who was last seen by Star Wars fans during the post-credits scene of the second season finale of The Mandalorian. The series will be executive produced by Jon Favreau and Dave Filoni, who are reportedly trying to adopt Marvel Studios’ successful MCU format.

“The series is described as a thrilling Star Wars adventure,” reads the logline. “It finds legendary bounty hunter Boba Fett and mercenary Fennec Shand navigating the Galaxy’s underworld when they return to the sands of Tatooine to stake their claim on the territory once ruled by Jabba the Hutt and his crime syndicate.

Lucasfilm had previously attempted to produce Boba Fett spinoffs before the character appeared in The Mandalorian. However, none of the planned spinoffs took off and made it to production. This includes a live-action TV series from George Lucas and a Boba-centric film from Fantastic Four director Josh Trank, which both didn’t move forward with their productions.