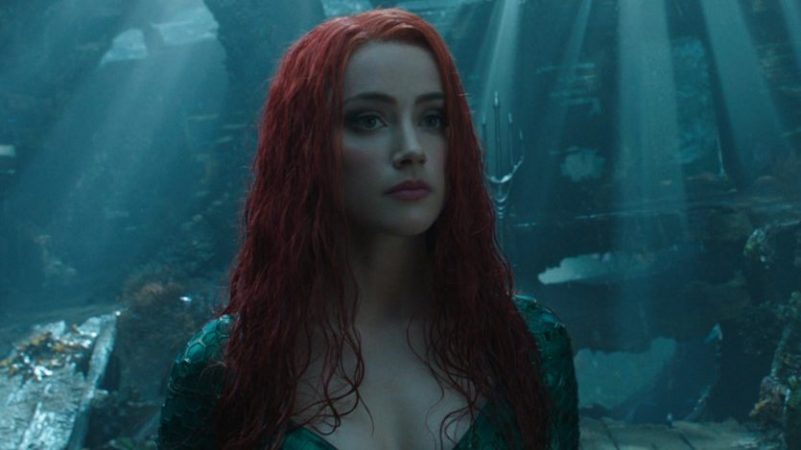 Amber Heard Was Almost Replaced by WB in Aquaman Sequel Amber Heard’s role in the upcoming Aquaman sequel was in jeopardy at one point, according to the president of DC Films in his recent appearance in court.

RELATED: DC Delays The Flash and Aquaman 2, Moves Up Shazam! Fury of the Gods

During an ongoing lawsuit between Heard and her ex-husband Johnny Depp, one of the many arguments made by Heard’s legal team was that she nearly lost out on the role in Aquaman and the Lost Kingdom due to the backlash over her domestic abuse allegations against Depp.

Testifying in court as a witness called by Depp’s side, Walter Hamada — who now runs Warner Bros.’ DC unit — revealed that the studio did consider replacing Heard, due to what he called a lack of chemistry between the actress and star Jason Momoa.

“They didn’t have a lot of chemistry together,” Hamada said. “Editorially they were able to make that relationship work in the first movie, but there was a concern that it took a lot of effort to get there.”

Heard was paid $1 million for her role in the first Aquaman and $2 million for her role in the sequel, which lined up with her contract at the time. However, Heard’s agent testified that she should have been able to renegotiate for more pay due to the massive international success of the first film. However, Hamada also testified that under his leadership at DC Films, he was extremely set on not allowing actors to renegotiate for follow-up films and sequels. “A big part of our philosophy was we were going to hold people to their options,” explained Hamada.