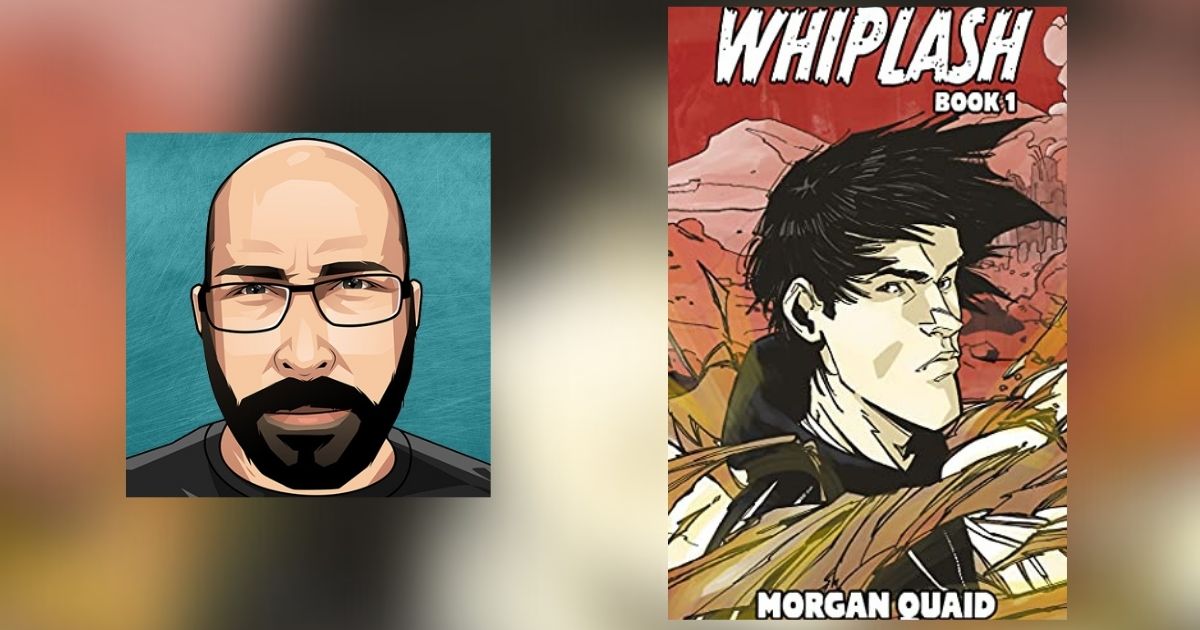 What’s the story behind the story? What inspired you to write Whiplash Book 1?

I wanted to write a story where the protagonist was suddenly and violently swept up in a series of life-changing events that they have no control over. The initial idea for the book series was as simple as someone knocking on Jack’s door at 3am, then abducting him without explanation as soon as he opens the door. From that point, I was looking to write a sci-fi/fantasy novel where the protagonist was drawn into an expansive, strange, and dangerous world (the Traumelt, or world of dreams) and where the main character discovers pieces of this new reality only gradually, along with the reader.

I’m a huge fan of speculative fiction, strange new worlds, steampunk, and anything with a decidedly weird flavor, so this informed a lot of the world-building in the Whiplash series and other books in the Rust universe. I’d also attempted to write vast, sweeping fantasy novels in the past but got exhausted with the reading/editing process, so I decided to try something new—a fast-paced, first-person story where you experience the larger fantasy world through the eyes of the protagonist (rather than long chunks of explanatory text, excessive description, etc.).

If you had to pick theme songs for the main characters of Whiplash Book 1, what would they be?

This is an interesting one, because Jack’s taste isn’t necessarily my own. He strikes me as the kind of guy who would say “I’m not really that into music,” which is difficult for me to write given that I am a music producer and have a long-standing love affair with music. Jack would likely listen to whatever is most popular currently. He’d definitely be into Billie Eilish, maybe Post Malone, Dua Lipa; whatever is playing on the radio.

More interestingly, I’d say Shadowfang’s tastes would be more in the Nirvana, Chilli Peppers kind of realm. Hopefully I’m not giving too much away to reveal that she’s not from a time which is contemporary with Jack, the protagonist. She’s technically from an earlier time and I think would prefer 90s rock and grunge music.

I used to love fantasy and still love sci-fi, speculative fiction, weird fiction. Honestly though, my tastes have changed a little as I’ve grown older and more impatient. I don’t have the patience for the slow moving, brooding fantasy series’ I loved when I was younger. These days I’m drawn to weird fantasy which hooks the reader early and doesn’t let go (which is what I’m attempting to do in my writing). Authors I’ve leaned on most heavily in my own writing (or those that I admire hugely) include China Mieville, Jack Vance, Joe Abercrombie, Dan Abnett and Philip K Dick.

The climax scene at the end of the book. This is a crisis moment for Jack and represents a kind of rewriting of everything that has come before. The whole purpose of Whiplash Book 1, for me as a writer, was to keep Jack off balance the whole time. At the close of the book, he’s finally starting to wrap his mind around his new reality, but the climax scene changes everything in just a few words. The gut punch Jack gets as his new “truth” is unraveled makes me feel for the guy so much and I loved writing it (again, sorry Jack!).

Nothing quirky. It’s just a first thing in the morning habit for me. I get up early (4-5am) and write for an hour or two before getting to the myriad other tasks involved with being a writer. I also have a cup of tea (or three) and sometimes have my cat Cashew lying in my arms as I write or edit.

Progress, not perfection. I’m a big one for getting things done and not being plagued by worry that what I’m doing is not good enough. I long ago realized that I’m never going to be completely happy with anything I do, so, in that sense, nothing is ever good enough. I find a certain amount of freedom in that.

Also, more recently, I’ve started saying a mantra over and over in my head when I start to get stressed about not doing enough, not succeeding quickly enough, etc. It’s a simple one. Brick by brick. You don’t build a house in one go. You build it brick by brick. So, each day, that’s all I need to do. I need to place a brick. Just do one thing which gets me closer to where I want to go. It helps tame my superego a little and allows me to keep working without being weighed down too much by stress. Brick by brick.

Maybe that villains are villains for a reason. No one sets out to be a monster, there’s always something driving them to it. And very few villains think of themselves as villains. Also, “gee I should really get my hands on everything this Morgan Quaid character has written…”