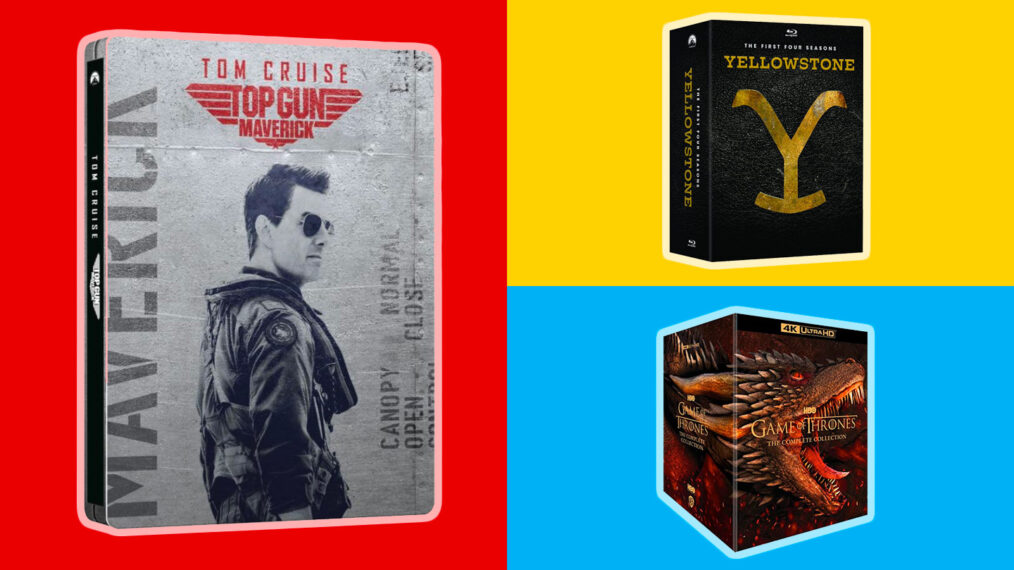 The holidays are upon us and it’s time to get those wallets out. If you’re a TV/movie hound like us, it’s the perfect time of year to grab some hotly anticipated entertainment goods, such as physical media! Whether it’s to bolster the roster of your previously existing collection or serve as a stocking stuffer for a loved one, DVDs, box sets, and Blu-Rays still have a place in the digital era. The latter is especially true when they’re in 4K, and you consider all the streaming services dropping like flies these days.

Our offerings below include some of 2022’s best, such as Top Gun: Maverick, Everything, Everywhere, All at Once, and Pearl. There are also some hotly anticipated 4K releases, such as Reservoir Dogs and Scream 2.

Look out, too, for the box set for Yu Yu Hakusho and the Criterion Collection for Malcolm X. And we can’t forget the inclusion of classics such as Frasier, Dragon Ball Z, Game of Thrones, and Batman: The Animated Series.

Check out the selection below. For some reason (to get your money), Disney originally released this collection as a Blu-Ray instead of the 4K offering we have above. Take advantage! A film that surely deserves to be part of the Criterion Collection, this biographical film had its restoration supervised by cinematographer Ernest Dickerson. A 4K restoration has been a long time coming. Snag Tarantino’s first while you still can! A beautiful package with UHD digital codes of all three films bundled together for the first time. Each film features a fantastic restoration, and the best part: a new 2020 cut of The Godfather III is included, called The Godfather Coda: The Death of Michael Corleon. Although the first four films have been available in this quality, the release of this collection sees the last two films getting the same treatment, making it the definitive box set for Trekkies. Paramount’s three-disc Blu-ray set delivers strong audio and visuals, as well as a good selection of bonus content ahead of the much anticipated third season. Grab the first season of this stellar series, which comes with Dolby AC-3 Surround Sound audio, ahead of its much anticipated second season. Video game adaptations have come a long way, and it appears Paramount is in it for the long haul with Halo. Best to grab the physical disc of the streaming service series, though, just to play it safe. With the behind-the-scenes drama going on, who knows how season 3 of this hit television series will shape up? Best to get Zendeya’s highlight reel now before they announce a complete series Blu-Ray. 1883 is a great companion series to watch alongside Yellowstone, and the Blu-Ray includes behind-the-scenes bonus content alongside never-before-seen featurettes with the cast and crew. Vince Gilligan’s victory lap spin-off series just crossed the finish line in 1st place. You could wait for the eventual complete series box set, but if you’ve already been collecting the single seasons, we don’t see why you wouldn’t grab this. This is one of the greatest 4K complete series collections we’ve had the privilege to watch. If you’re a GOT fan, this is a must-own. After all, these episodes won’t stay on HBO Max in their highest quality forever…