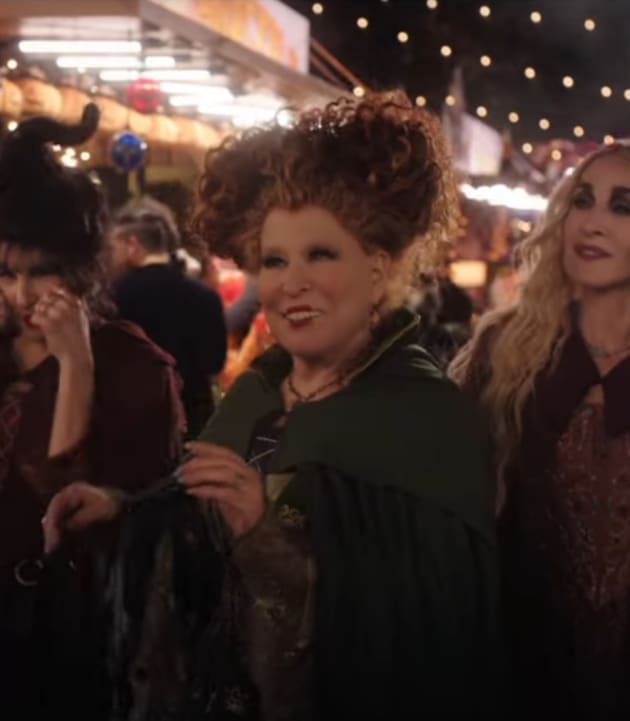 One notable cast member not back for the sequel is Thora Birch, who played Dani Dennison.

However, Birch has now revealed that there were initially plans for her to reprise her iconic role.

“There were three options we had for bringing Dani back, all of which I was excited by,” Birch said in an interview with ET Online.

But, “by the time they got around to filming, I was already on something else.”

Earlier in the year, Birch told ET Online, “I was working on something else when they were filming … otherwise I was definitely going to be there on set with the girls.”

However, Birch revealed that she will definitely be watching the sequel because the original “holds such a special place in my heart.”

“I’m excited for the fans who have been begging for Hocus Pocus 2 for years,” she shared.

“So yeah, I’ll be watching along with everybody else.”

Hocus Pocus 2 picks up 29 years after the original movie and finds the witches looking for revenge for the past.

“Now it is up to three high school students to stop the ravenous witches from wreaking a new kind of havoc on Salem before dawn on All Hallow’s Eve,” the logline teases.

Bette Midler, Sarah Jessica Parker, and Kathy Najimy all returned as the iconic Sanderson for the sequel.

The new movie has launched to a decent response from critics and fans, so it’s possible another project set in that universe could materialize down the line.

What are your thoughts on Birch not being back?