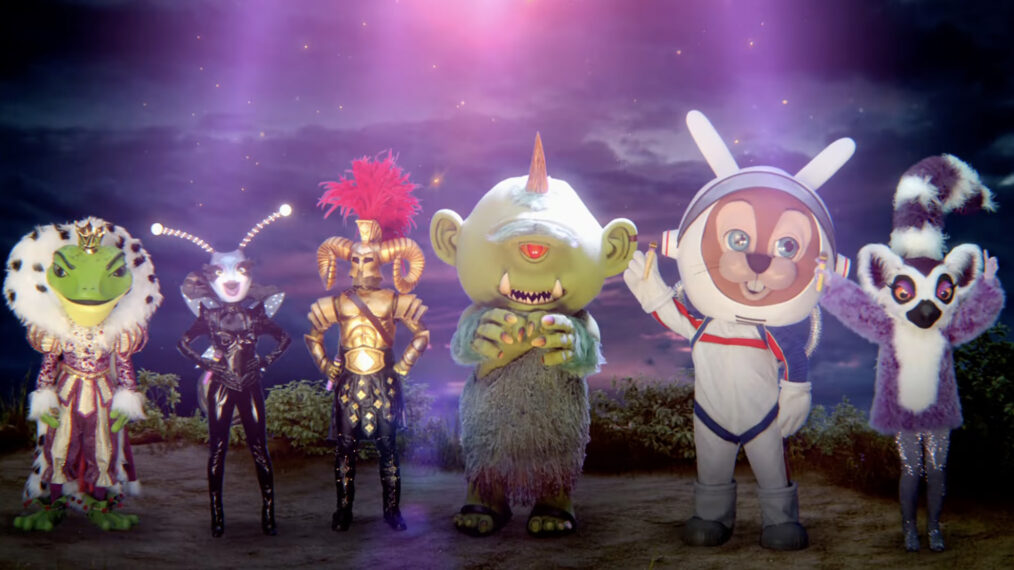 ‘The Masked Singer’ Season 7 Promo: Meet ‘The Good, The The Masked Singer is doing things a bit differently in its seventh season (premiering March 9). Rather than Groups A and B, the competing celebrities will be going head to head in a battle — as either The Good, The Bad, or The Cuddly.

The new contestant groupings were revealed as part of a special trailer during the NFC Championship game. The new preview featured, aptly, a football field, as well as the show’s equivalent of the Bat Signal — a Mask Signal, calling “out to celebrities far and wide … to come together, for the most epic competition of all time.”

We also get a look at six of the new costumes. While we may not know official names just yet, it looks like there’s a kind of frog prince and alien as “The Good,” a gladiator an ogre as “The Bad,” and an astronaut-mouse and lemur as “The Cuddly.” Watch the promo below for more and get a look at the six together in the screenshot above.

The Masked Singer returns as TV’s #1 unscripted show, with host Nick Cannon and panelists Jenny McCarthy, Nicole Scherzinger, Ken Jeong, and Robin Thicke all back as fans will once again tune in to try to guess which celebrity is singing in an elaborate costume.