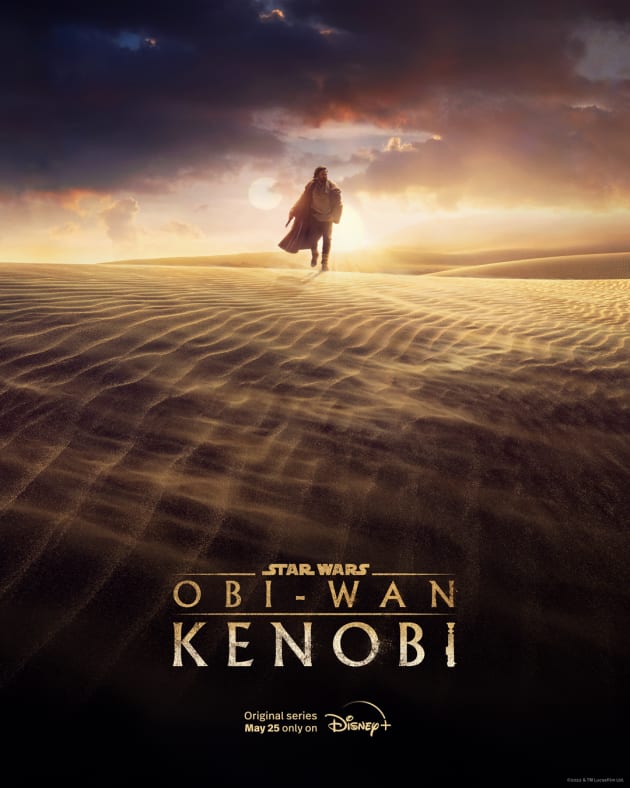 On the eve of Obi-Wan Kenobi taking flight on Disney+, we got some exciting announcements from the streaming service.

We’ll start with the biggest news.

It is a longer wait than usual:

The Mandalorian Season 1 debuted in November 2019, while the second season launched October 2020.

Granted, there are many more Star Wars-related TV shows on the air than when the series first launched.

A series based on Cassian Andor, starring Diego Luna, has landed an August 31 premiere date.

The first two episodes drop on that date, and the first teaser trailer certainly hints at another expansive story.

“It’s an era filled with danger, deception and intrigue, where Cassian will embark on the path that is destined to turn him into a rebel hero,” reads the logline.

“You’re not going to recognize Cassian Andor in the beginning,” Luna promised at the Star Wars Celebration.

“I cannot wait for you to meet him!”

Alan Tudyk and Genevieve O’Reilly are reprising their roles from the Rogue One movie.

The story begins 10 years after the dramatic events of Star Wars: Revenge of the Sith where Obi-Wan Kenobi faced his greatest defeat – the downfall and corruption of his best friend and Jedi apprentice, Anakin Skywalker, who turned to the dark side as evil Sith Lord Darth Vader.

What are your thoughts on all the Star Wars scoop?

Check out the Andor trailer.