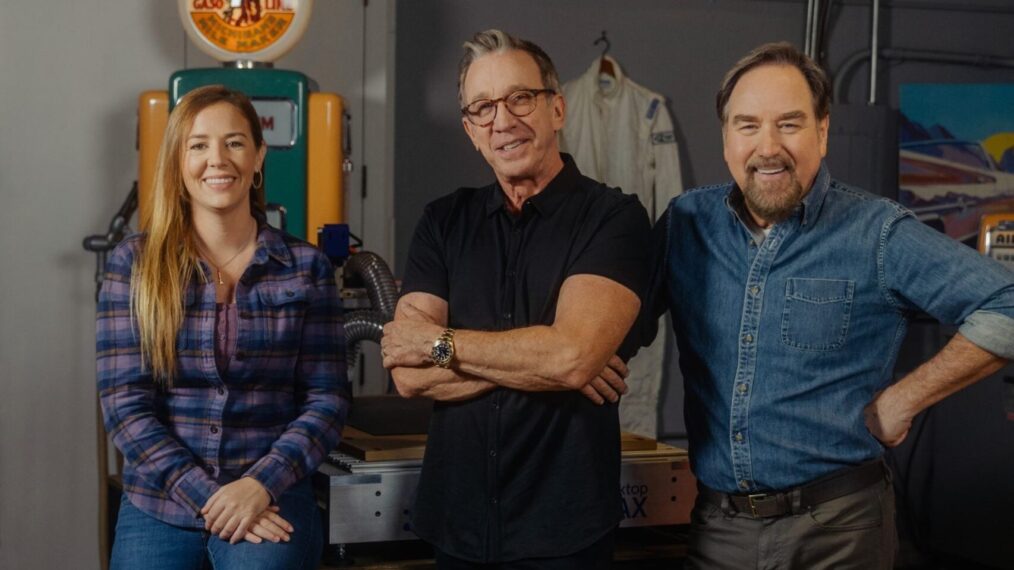 The three will be tackling the supercharged history of tools, celebrating the coolest, most powerful, and iconic examples and showcasing their evolution of power from handheld and basic to the industrial and mighty in More Power, a 10-episode nonfiction series premiering on Wednesday, June 29 at 10/9c. Watch the promo below.

“Albert Einstein once said, ‘I’m not a genius, I’m just passionately curious,’” Allen said in a statement. “Having the opportunity to explore my curiosity in depth and really get to know more about the people and things that make us what we are today gets me excited. And what better pal to have at my side than Richard Karn? We both share a great appreciation of people who can solve a problem not by talking about it, but by ‘doing’ it with creativity and amazing skills.”

Added Karn, “My friendship with Tim has lasted over 30 years… in a row! The chance to do a show like Tool Time was unquestionably exciting. We may not have Binford but we still will have a world of fun!”

Each half-hour episode will be themed around one tool. In Allen’s workshop and leaning on Wilkerson’s expertise, viewers will learn how tools work and break down everyday machines and appliances that feature these tools, from garbage disposals and chainsaws to the pneumatic wrenches used to change a tire. With Karn’s help, viewers will learn the history behind the how and why different tools came to be, showing off inventive, impactful, and hysterical modifications. Then, the three will head out into the field and test drive the big machines, from Bobcat bulldozers and excavators to a guillotine shear.

Plus, Allen will invite one highly skilled maker into his shop to participate in “Tim’s Maker Challenge.” They must create crazy new builds from an automatic leaf-vacuum-rake that sucks up leaves and puts them directly into the waste bin to a battery-powered mobile kitchen that solves everyday problems in a spectacular way, and April, too, will get in on the action. The result will be a new tool that will be tested to see if it embodies the mission of “more power.”