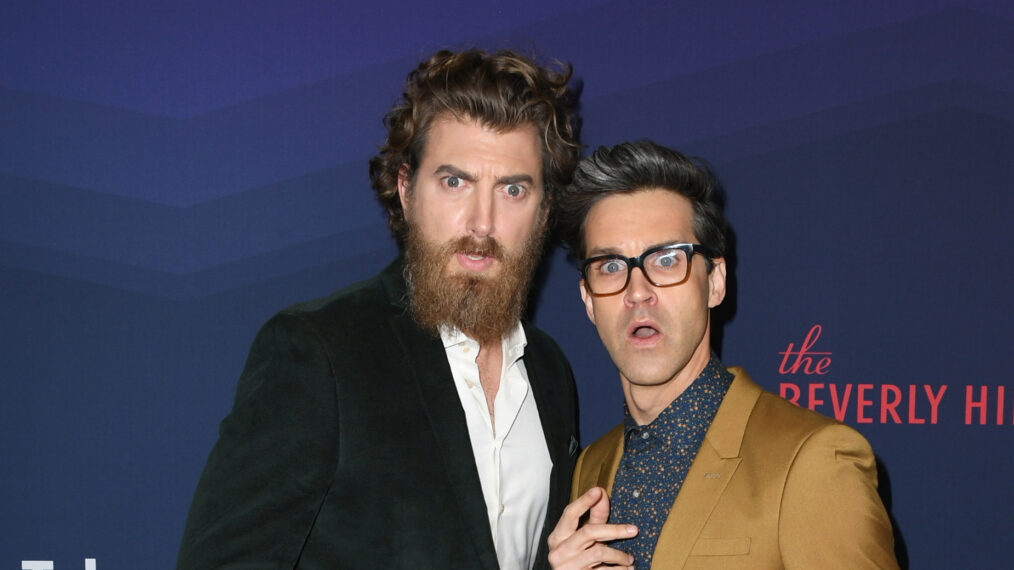 Rhett McLaughlin and Link Neal, the comedy duo best known for hosting the YouTube series Good Mythical Morning, are set to examine some of America’s favorite cuisine in the new Food Network series The Taste Buds.

According to Variety, the show will see the YouTube stars exploring popular American food brands and meeting the people behind their production. The series recently wrapped up production and is expected to premiere later this year on both the Food Network and the streaming service Discovery Plus.

“Rhett & Link have captivated audiences for years with their humor, insatiable curiosity and commitment to answering life’s burning questions like ‘what’s the best pickle-flavored snack?’ and ‘where in the world did this bacon dish come from?’,” said Courtney White, president of Food Network and streaming food content for Discovery, in a statement (via Variety).

“Now we are thrilled to have them bring their chemistry and creative gusto to Food Network and Discovery+ as we introduce them to our audience and offer up an exciting new project for their millions of fans,” White continued.

McLaughlin and Neal rose in popularity after uploading their comedic songs and sketches to YouTube. They launched their weekly flagship talk show Good Mythical Morning on the streaming platform in 2012 — the channel currently has more than 17 million subscribers. Several famous faces have appeared on the irreverent show, including Bill Hader, Amy Schumer, Daniel Radcliffe, and Mayim Bialik.

The Taste Buds with Rhett & Link marks the latest series from the Food Network focused on highlighting personalities outside of the usual food and restaurant industry. This includes the aforementioned Schumer, who hosts the cooking show Amy Schumer Learns to Cook, as well as Pepper Teigen, mother of actor Chrissy Teigen, who presents Getting Spicy With Pepper Teigen.

The Taste Buds with Rhett & Link, TBA, The Food Network