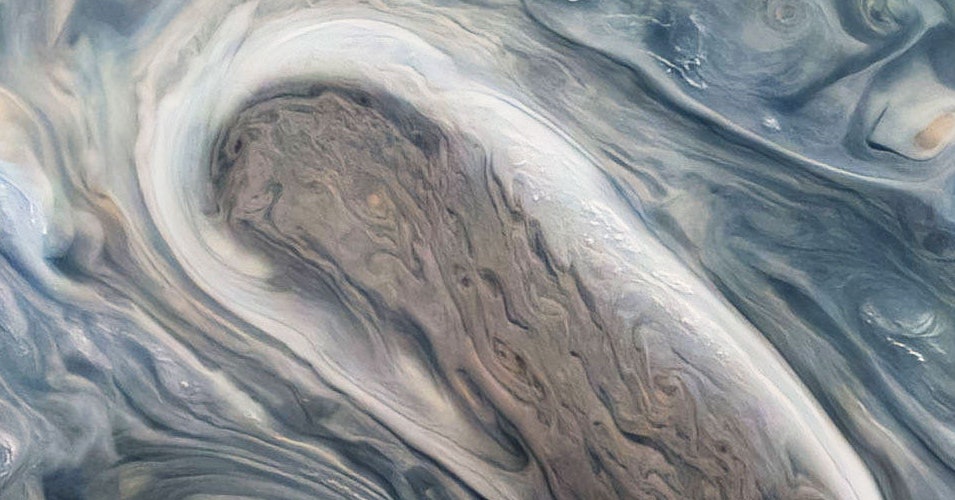 Lia Siegelman had just been studying the swirling waters of the Southern Ocean, which surrounds Antarctica, when she happened to come across a poster image of cyclones around Jupiter’s north pole, taken by NASA’s Juno spacecraft. “I looked at it, and I was just struck: ‘Whoa, this looks just like turbulence in the ocean,’” she says.

So Siegelman, a researcher at UC San Diego’s Scripps Institution of Oceanography, turned her eye to the latest detailed images of the outer planet. She and her team proved for the first time that a kind of convection seen on Earth explains the physical forces and energy sources that create cyclones on Jupiter. (Since air and water are both “fluids,” from a physics perspective, the same principles apply to the gas giant’s atmosphere and our oceans.) They published their findings today in the journal Nature Physics.

Jupiter, the 4-octillion-pound elephant in our solar system, makes gigantic cyclones, big storms that rotate around areas of low pressure. Some are thousands of miles wide—as large as the continental United States—with gusts of wind up to 250 miles per hour. Eight of the largest have been spotted at the planet’s north pole and five at the southern one. Scientists have speculated for years about their origins, but by mapping out these storms and measuring their wind speeds and temperatures, Siegelman and her colleagues showed how they actually form. Little spinning vortices pop up here and there among the turbulent clouds—not so different from the ocean eddies Siegelman’s familiar with—and then they start merging with each other. The cyclones grow by continually gobbling up smaller clouds and gaining energy from them, so that they keep on spinning, she says.

It’s a clever way to study extreme weather on a planet that’s more than 500 million miles away. “The authors are clearly drawing from meteorology and oceanography disciplines. These folks are taking this rich literature and applying it in sophisticated ways to a planet we can barely touch,” says Morgan O’Neill, a Stanford atmospheric scientist who models the physics of hurricanes and tornadoes on Earth and has applied her work to Saturn.

In particular, O’Neill says, the team of scientists demonstrate how, like thunderstorms on Earth, Jupiter’s cyclones build up through a process with a gross-sounding name: “moist convection.” Warm, less-dense air, deep down in the planet’s atmosphere, gradually rises, while cooler and denser air, near the frigid vacuum of space, drifts down. This creates turbulence, which can be seen in Jupiter’s swirling, moisture-packed clouds of ammonia. 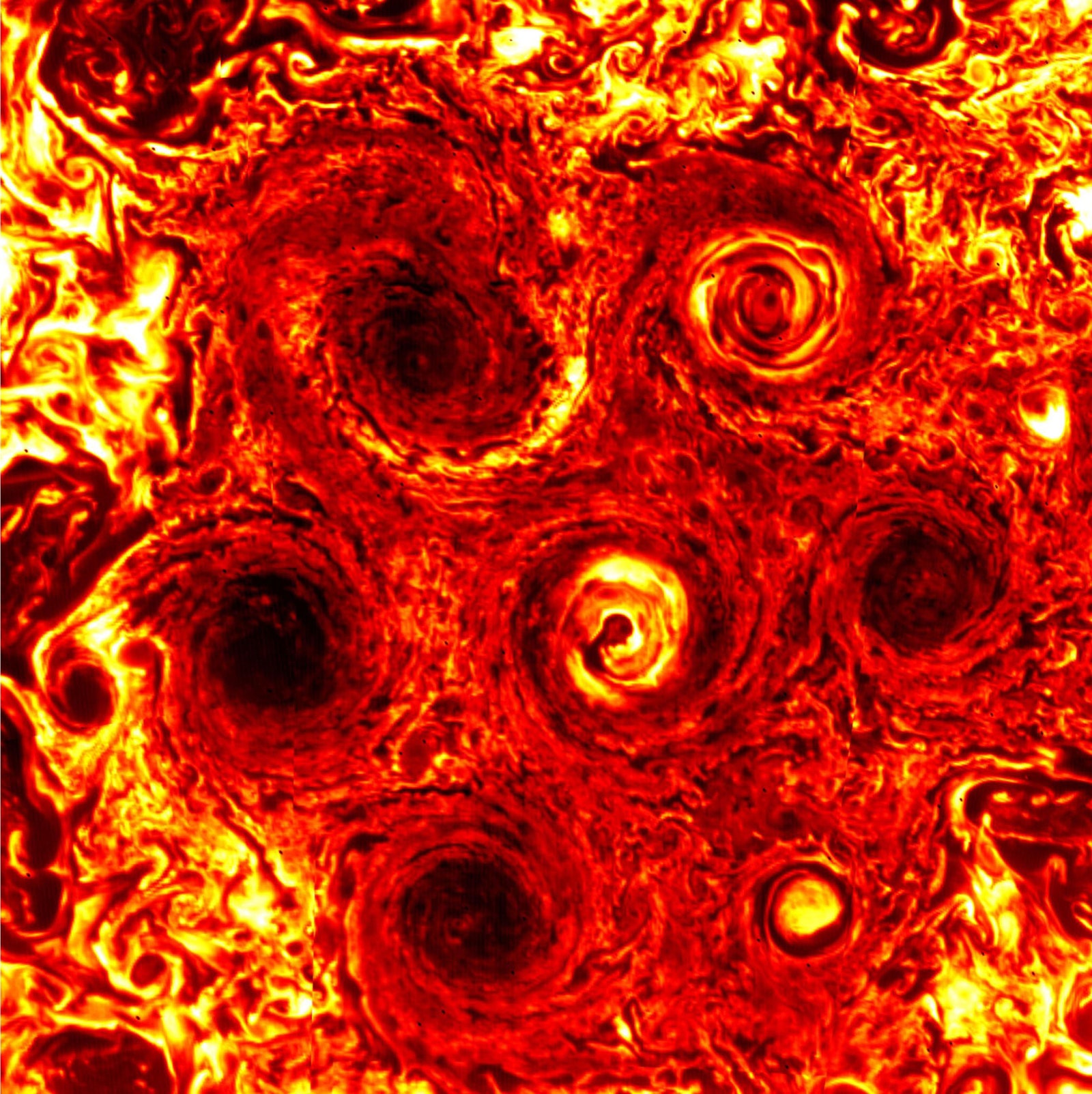