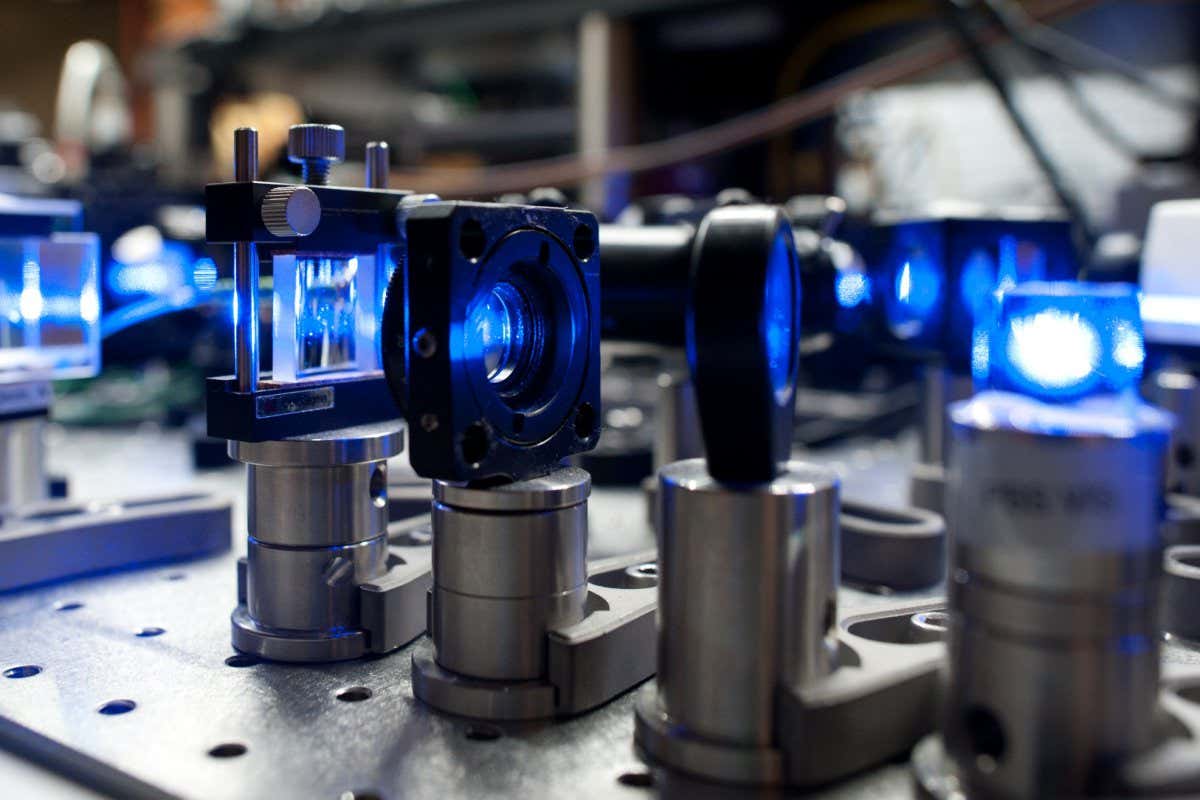 Strange quantum effect predicted 30 years ago has now been

If you get a dense quantum gas cloud cold enough, you can see right through it. This phenomenon, called Pauli blocking, happens because of the same effects that give atoms their structure, and now it has been observed for the first time.

“This has been a theoretical prediction for more than three decades,” says Amita Deb at the University of Otago in New Zealand, a member of one of three teams that have now independently seen this. “This is the first time this been proven experimentally.”

Pauli blocking occurs in gases made up of a type of particle called a fermion, a category that includes the protons, neutrons and electrons that make up all atoms. These particles obey a rule called the Pauli exclusion principle, which dictates that no two identical fermions can occupy the same quantum state in a given system.

“The same effect is responsible for why you don’t fall through the floor,” says Brian DeMarco at the University of Illinois at Urbana-Champaign, who wasn’t a member of any of the three teams that spotted it. “This physics, which is very difficult to observe, is all around you and helps determine the structure and stability of matter.”

Pauli blocking occurs when fermions in a gas are packed so closely together that all of the available quantum states are filled, in a form of matter called a Fermi sea. When that is the case, the particles become unable to move, so light can’t impart momentum to them. Because light that is absorbed by the particles or bounces off them will impart momentum, the light is forced to shine right through without interacting with the gas.

“This is a very basic phenomenon, but it’s sort of a devil to see,” says Yair Margalit at the Massachusetts Institute of Technology, a member of one of the three teams. “You need these extreme conditions to be able to see it – high densities and ultra-low temperatures – and it is difficult to get both of these at once.”

The three groups all performed similar experiments with atoms caught in magnetic traps and then cooled to close to absolute zero. Each used a different atom, but found similar results: light scattering off the gases was significantly lower when they were cold and dense enough to form a Fermi sea.

“It is a great thing that three experiments came out at the same time and poke at the problem from different directions,” says Deb. The results of all three were consistent with one another.

The discovery could help researchers study atoms in high-energy, or excited, states, which tend to decay quickly. “Imagine I take an excited atom from somewhere else and place it in this Fermi sea of atoms. When it tries to come back down from the excited state, there is nowhere for it to go, so the lifetime of that state is artificially enhanced,” says Christian Sanner at the JILA research institute in Colorado, a member of one of the teams.

The phenomenon could also be useful in quantum computers, the researchers say. That’s because the atoms used in some of these devices can be extremely sensitive to incoming light, and preparing parts of the computers in a Fermi sea could decrease that sensitivity and help them maintain their quantum states for longer, increasing the stability of the machines.

Sign up to Lost in Space-Time, a free monthly newsletter on the weirdness of reality