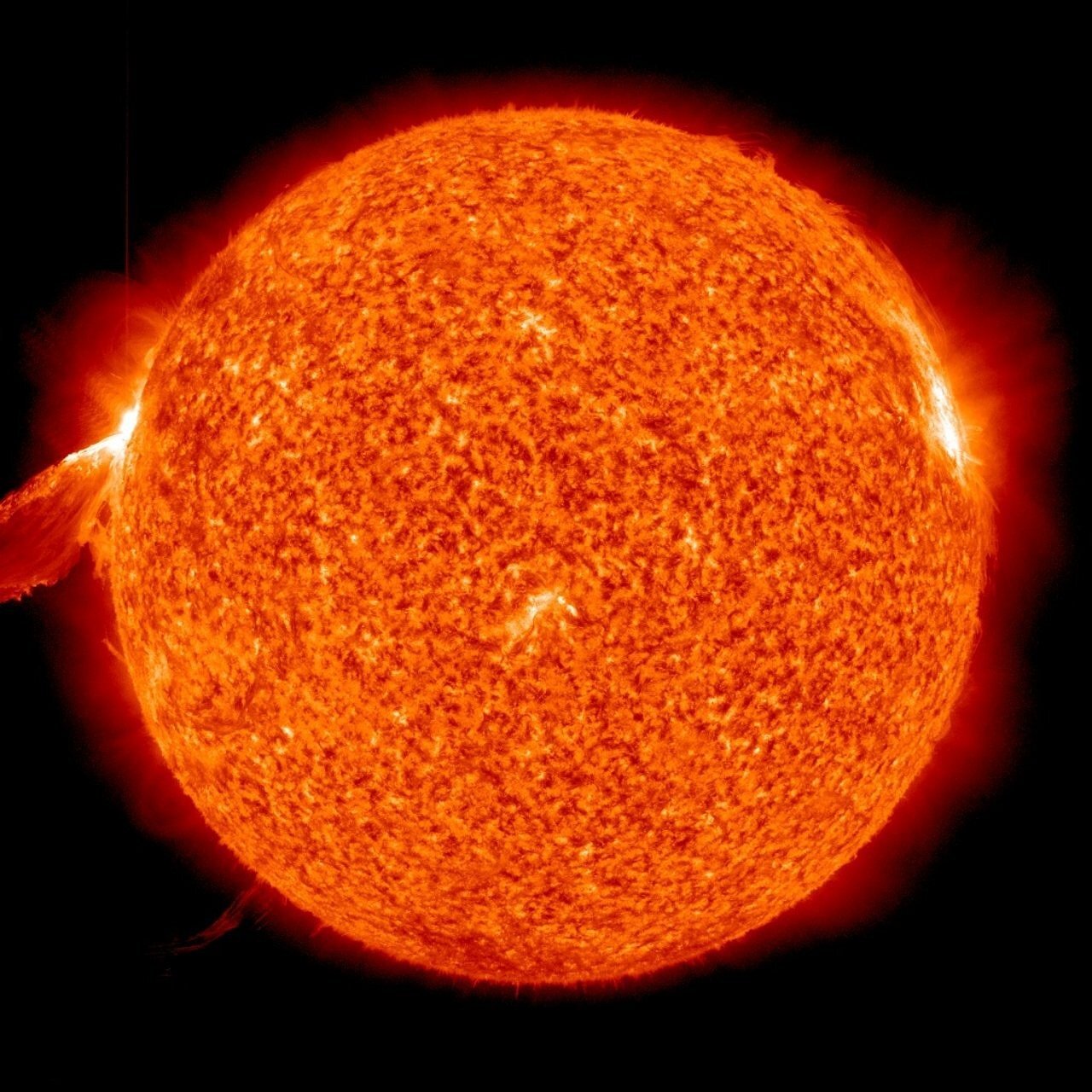 The Sun is much more than just a source of light for Earth—it’s a dynamic and complex star, with storms, flares, and movement causing it to change constantly. Magnetic fields govern most of the solar activity we can observe but how they do this is still poorly understood. New results based on simulations out of NASA’s Advanced Supercomputing facility at NASA’s Ames Research Center in California’s Silicon Valley are painting a more complete picture of one of the most prominent magnetically-driven solar features—a cycle of sunspot formation known as a “torsional oscillation.”

A computational analysis of data about the Sun’s structure and dynamics from two NASA spacecraft has revealed the strength of these torsional oscillations driven by the magnetic fields in the deep interior of the Sun are continuing to decline. This indicates that the current sunspot cycle may be weaker than the previous one, and the long-term trend of declining magnetic fields of the Sun is likely to continue. Such changes in the Sun’s interior may have impacts on space weather and the Earth’s atmosphere and climate.

The sunspot cycle begins when a sunspot begins to form at about 30 degrees latitude on the Sun’s surface. The formation zone then begins to migrate towards the equator. At its peak intensity, the Sun’s global magnetic field has its polar regions reversed—as if there were a positive and negative end of a magnet at each of the Sun’s poles, and they were switched. These 22-year variations are caused by dynamo processes inside the Sun.

This simulation shows the zonal flow patterns inside the Sun. Flow acceleration is shown in red, and deceleration in blue. The inner sphere shows the bottom of the convection zone. The study of these flows in the deep interior of the Sun through analysis of helioseismology data and numerical simulations helps to understand the processes of magnetic field generation and the origin of solar magnetic cycles. Credit: Alexander Kosovichev/New Jersey Institute of Technology; Tim Sandstrom/NASA Ames

A dynamo process is when rotating, convecting, and electrically conducting fluid or plasma helps maintain a magnetic field. These deep magnetic fields are hidden, and can’t be observed directly, but their effects can be seen in the variations of solar rotation, creating a cyclical pattern of migrating flows across zones—the torsional oscillations. In some areas, this rotation speeds up or slows down, while in others it remains steady.

This analysis used data from two NASA missions, the Solar and Heliospheric Observatory and the Solar Dynamics Observatory. The Joint Science Operations Center at Stanford University processed data from 22 years of observations from both missions—more than five petabytes in total. NASA’s supercomputing facilities handled flow analysis, numerical modeling, and visualization that gave scientists a better look at this complex pattern.

Going forward, improvements to the data’s resolution, data analysis techniques, and simulation models will help merge models of the Sun’s magnetic fields with those of sunspot activity, advancing the understanding of how these processes impact the Sun’s deep interior. What happens with the Sun, including the processes beneath its surface, affects the space weather that impacts the entire solar system, including Earth. The more we know about the star that lights our home, the better we can understand its impacts on our home planet.