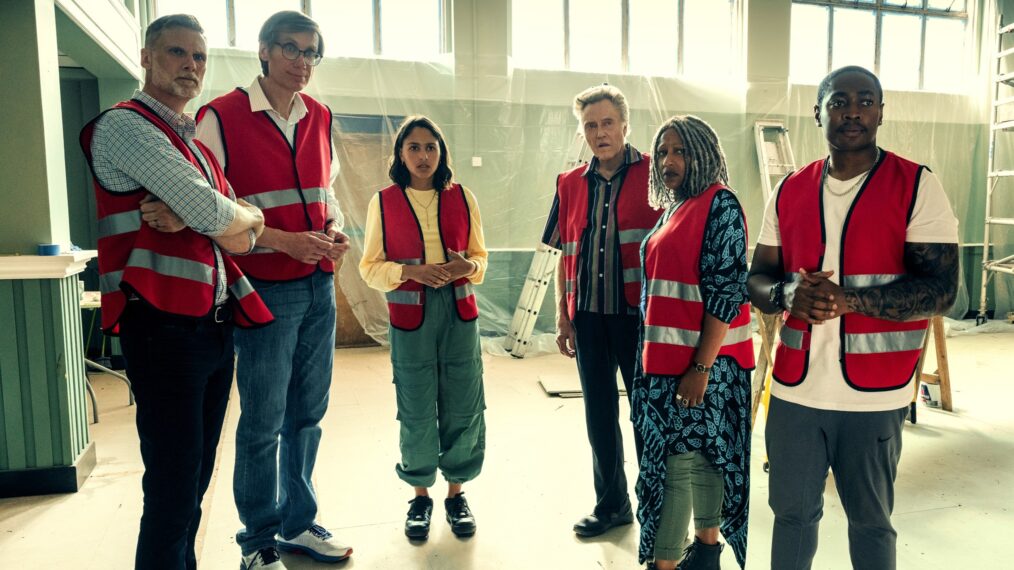 Get ready for a new adventure with your favorite community payback crew as The Outlaws sets its Season 2 premiere on Prime Video.

The series from co-creators Stephen Merchant (The Office) and Elgin James (Mayans M.C.) will officially return Friday, August 5 on the streamer with six all-new episodes. Along with unveiling the premiere date for subscribers across the U.S., Canada, Australia, New Zealand, and Nordic countries, Prime Video has also shared some first-look images from the upcoming season.

As teased in the image above, the whole gang is back together including Merchant who plays awkward lawyer Greg, Christopher Walken as Frank, Rhianne Barreto as Rani, Gamba Cole as Ben, Eleanor Tomlinson as Lady Gabby, Darren Boyd as John, and Clare Perkins as Myrna. Also back for the season is Jessica Gunning as their supervisor Diane. The Outlaws is a comedy thriller that follows a group of lawbreakers from different backgrounds who are thrown together to complete a community service sentence. As they work on renovating a derelict community center, one of their members was dragged into a dangerous world of organized crime.

This forces the group to unite in ways they never thought possible. Now, leading into Season 2, the story picks up a few months after the climax of Season 1. The Outlaws still have time to serve on their sentences, but realize the criminal underworld isn’t done with them yet. Tune in as the ragtag team of misfits’ past comes back to haunt them in the shape of London’s terrifying drug lord, The Dean.

The Outlaws is a Big Talk and Four Eyes production from co-creators Stephen Merchant and Elgin James. Along with directing, writing, and starring in the series, Merchant executive produces the show alongside Luke Alkin, Kenton Allen, and Matthew Justice.

Stay tuned for more first looks ahead of the Season 2 premiere and mark your calendars for the exciting next chapter.