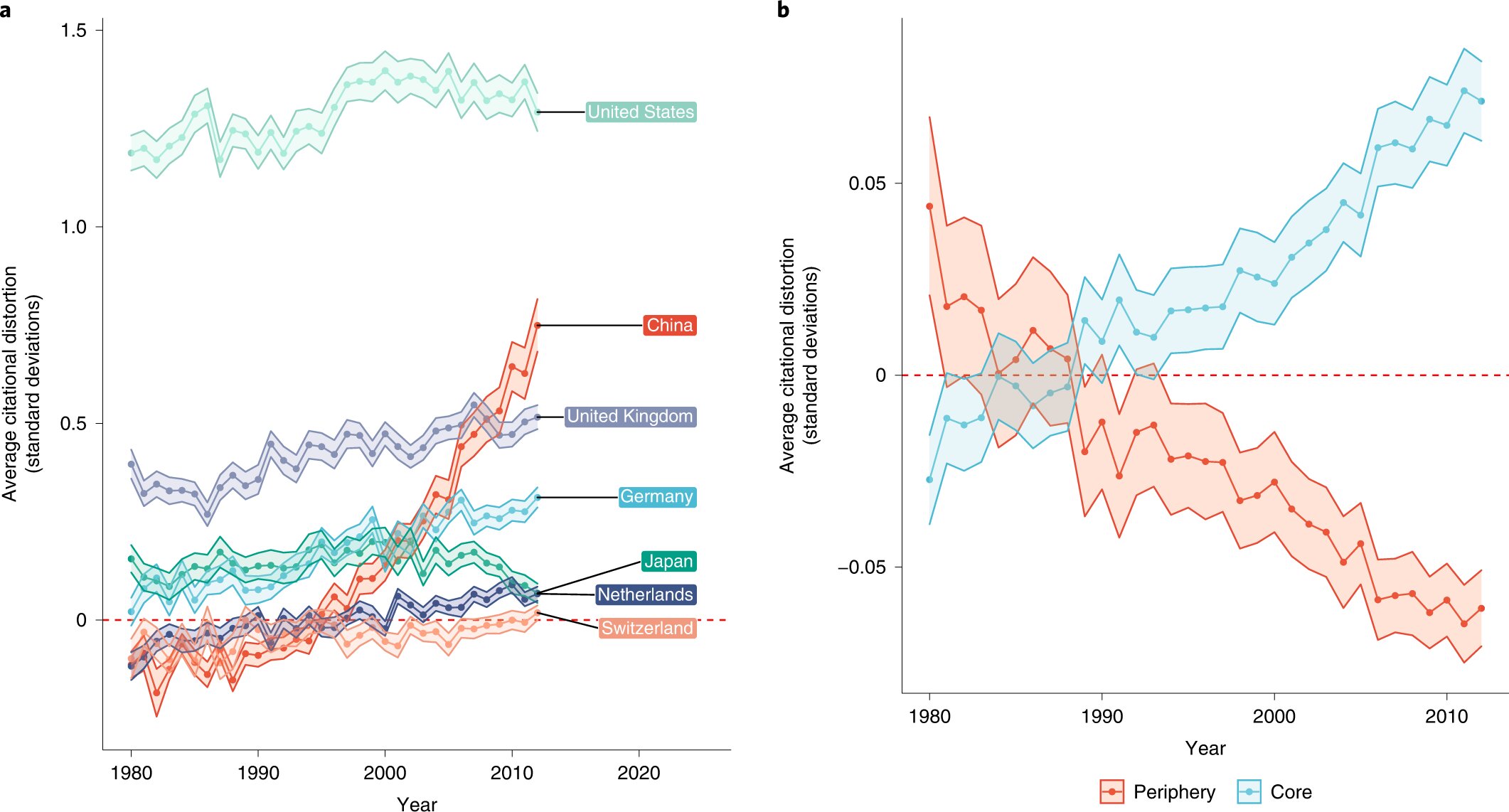 Researchers find citation bias in published papers and evidence that

When researchers write papers describing their work, they typically cite previous works to support their own findings or assumptions. In this new effort, the researchers found that the choice of citation shows a bias toward research from certain countries. More specifically, papers written by people in the U.S., the U.K. and China are far more heavily cited than are those from other countries such as Mexico and Brazil.

The researchers pulled data from repositories of published research papers and analyzed it using special algorithms. In all, they analyzed data for almost 20 million papers representing work by researchers in 150 fields over the years 1980 to 2012 and found a strong citational bias in research papers. They described those countries where researchers can expect to get more citations as “highly overcited.” They also found some countries to be simply overcited, such as the Netherlands, Switzerland and Germany, and some that were clearly undercited. The researchers also noted that the degree of bias increased over the period they studied.

The researchers suggest that citation bias tends to skew toward more resource-wealthy countries, such as the U.S., Europe and parts of Asia. They note that such countries also tend to host the best universities, have the most Nobel winners and the most journal editors. They further note that citation bias has led to a lot of research being overlooked by the international community, impeding scientific growth worldwide.

Citation: Researchers find citation bias in published papers and evidence that the problem is getting worse (2022, June 1) retrieved 5 June 2022 from https://phys.org/news/2022-06-citation-bias-published-papers-evidence.html