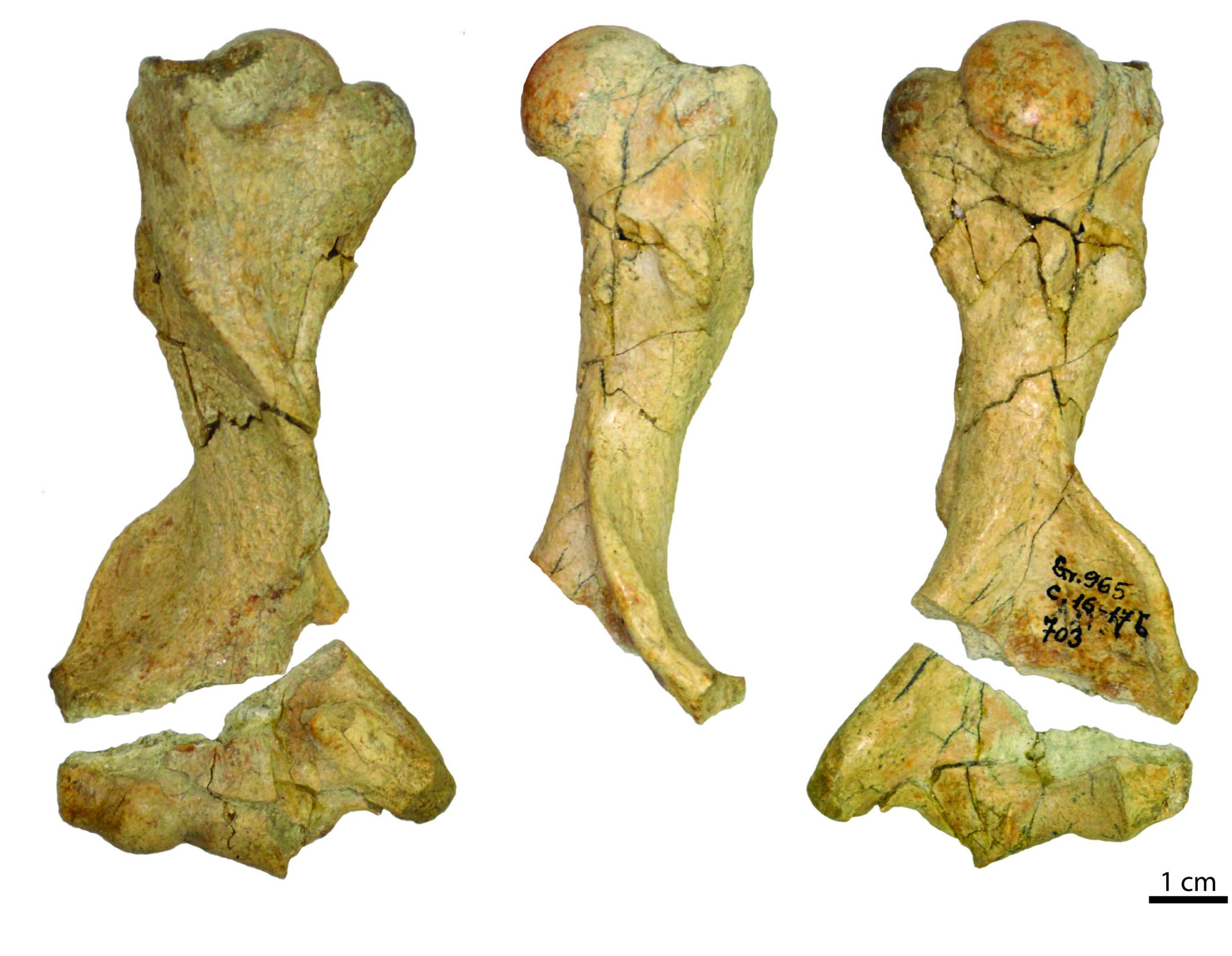 Researchers discover fossil of new species of pangolin in Europe

Deeper analysis of fossils from one of Eastern Europe’s most significant paleontological sites has led to the discovery of a new species of pangolin, previously thought to have existed in Europe during the early Pleistocene but not confirmed until now.

“It’s not a fancy fossil,” said Claire Terhune, associate professor of anthropology at the University of Arkansas. “It’s just a single bone, but it is a new species of a kind of a weird animal. We’re proud of it because the fossil record for pangolins is extremely sparse. This one happens to be the youngest pangolin ever discovered from Europe and the only pangolin fossil from Pleistocene Europe.”

The bone, a humerus—or upper arm bone—came from Grăunceanu, a rich fossil deposit in the Olteţ River Valley of Romania. For nearly a decade, Terhune and an international team of researchers have focused their attention on Grăunceanu and other sites of the Olteţ. These sites, initially discovered because of landslides during the 1960s, have produced fossils from a wide variety of animal species, including a large terrestrial monkey, short-necked giraffe, rhinos and saber-toothed cats, in addition to the new pangolin species.

“What’s especially exciting is that although some work in the 1930s suggested the presence of pangolins in Europe during the Pleistocene, those fossils had been lost, and other researchers doubted their validity,” Terhune said. “Now we know for sure that pangolins were present in Europe around at least 2 million years ago.”

Modern-day pangolins exist in Asia and Africa. Often referred to as scaly anteaters, they look somewhat like the armadillos that roam the southern United States. With scales from head to tail, they are sometimes mistaken as reptiles, but modern pangolins are actually mammals and are most closely related to carnivores. They are also among the most illegally trafficked animals in the world. According to the World Wildlife Fund, the eight species of living pangolins on two continents range from “vulnerable” to “critically endangered.”

The new pangolin fossil is between about 1.9 to 2.2 million years old, placing it within the range of the Pleistocene Epoch, which ran from roughly 2.6 million years ago to about 11,700 years ago. The identification of this fossil as a pangolin is significant because previous research suggested that pangolins disappeared from the European paleontological record during the middle-Miocene, closer to 10 million years ago. Previous work hypothesized that pangolins were pushed toward more tropical and sub-tropical equatorial environments due to global cooling trends.

As the youngest and best documented fossil pangolin from Europe and the only fossil from Pleistocene Europe, the new species revises an earlier understanding of pangolin evolution and bio-geography. Smutsia olteniensis, as the new species is called, shares several unique traits with other living members of the genus Smutsia, which are currently found only in Africa.

This work was published in the Journal of Vertebrate Paleontology.

Terhune’s collaborators were Sabrina Curran at Ohio University, Timothy Gaudin the University of Tennessee at Chattanooga, and Alexandru Petculescu at Emil Racoviţă Institute of Speleology in Bucharest.