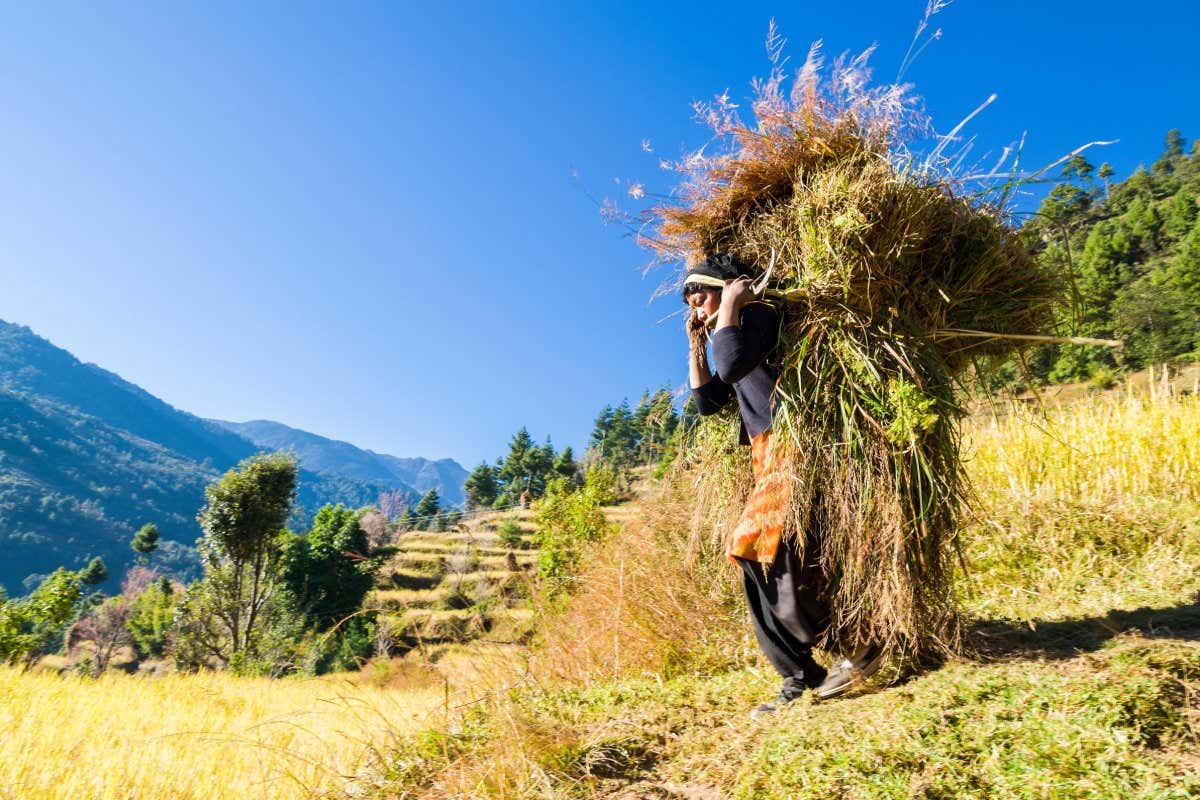 Origins of Japanese and Turkish language family traced back 9000

Millet farmers living 9000 years ago in what is now north-east China may have spoken a proto-Transeurasian language that gave rise to Japanese, Turkish and other modern tongues

A woman carrying millet, a crop whose cultivation prompted the spread of the proto-Transeurasian language

A vast Transeurasian language family that contains the Japanese, Korean, Mongolian, Turkish and Tungusic languages has had its origins traced back 9000 years, to early farming communities in what is now north-east China.

Transeurasian languages are spoken across a wide region of Europe and northern Asia. Until now, researchers assumed that they had spread from the mountains of Mongolia 3000 years ago, spoken by horse-riding nomads who kept livestock but didn’t farm crops.

Martine Robbeets at the Max Planck Institute for the Science of Human History in Jena and her colleagues used linguistic, archaeological and genetic evidence to conclude instead that it was the onset of millet cultivation by farmers in what is now China that led to the spread of the language family.

The team did this by studying the linguistic features of the languages and using computational analysis to map their spread through space and time based on their similarities to each other. Doing so allowed Robbeets and her team to trace the proto-Transeurasian language back to the Liao river area of north-east China around 9000 years ago.

This is the exact time and place that millet is known to have been domesticated, according to archaeological evidence, says Robbeets.

“We have languages, archaeology and genetics which all have dates. So we just looked to see if they correlated,” says Robbeets.

Around 6500 years ago, the descendants of some of these farmers moved eastwards into Korea, where they learned to cultivate rice around 3300 years ago, spurring the movement of people from Korea to Japan.

“We all identify ourselves with language. It’s our identity. We often picture ourselves as one culture, one language, one genetic profile. Our study shows that like all populations, those in Asia are mixed,” says Robbeets.

The researchers were also surprised to discover the first evidence that Neolithic Korean populations reproduced with Jōmon people, who were previously thought to have lived solely in Japan.

“This study highlights the richness of the narrative that can be developed when linguistic, archaeological and genetic data are all considered,” says Melinda Yang at the University of Richmond in Virginia.