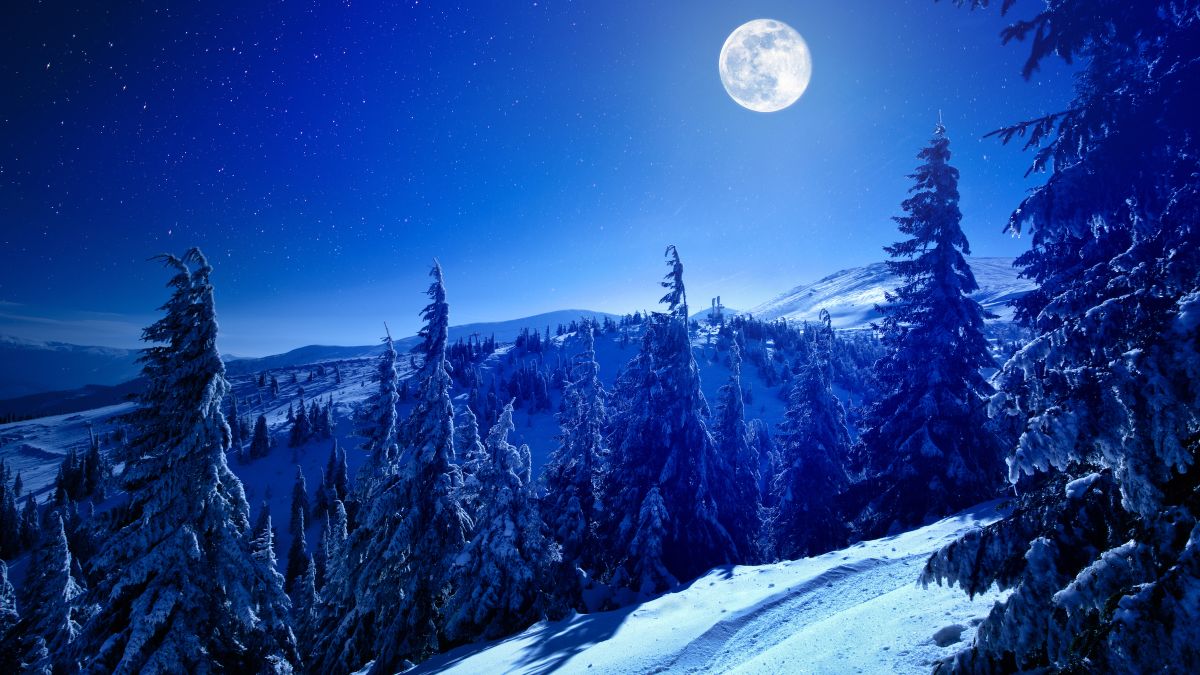 How to see the Cold Moon, the longest full moon

December’s Cold Moon, the longest full moon of the year, will debut this Saturday night (Dec. 18), making it the last full moon before the winter solstice in the Northern Hemisphere.

To catch the Cold Moon at its fullest, look up at 11:36 p.m. EST (0436 GMT on Dec. 19). If you miss that moment, you’ll still get a chance to see the lunar show; although the moon isn’t officially full until Saturday, it will appear full for three days, from Friday evening (Dec. 17) through Monday morning (Dec. 20), making this “a full moon weekend,” according to NASA.

Related: Dazzling photos of the solar eclipse from Antarctica

The winter solstice is the shortest period of sunlight of any day in the year. In Washington D.C., where NASA is headquartered, that’s just 9 hours, 26 minutes and 12.9 seconds of sunlight from sunrise to sunset. Solar noon, the highest point the sun reaches in the sky that day, will be at 27.7 degrees in Washington D.C., its lowest this year. Of note, solar noon usually doesn’t happen at actual noon, or 12 p.m. local time, according to timeanddate.com.

It’s the winter solstice, in fact, that makes the Cold Moon the longest full moon of the year, earning it the name Long Night Moon, NASA reported. During a full moon, the sun, Earth and moon line up on an imaginary 180-degree line. The moon’s orbit around Earth is a little different from Earth’s orbit around the sun (the moons orbit is about 5 degrees off the plane of Earth’s orbit), so it’s typically a bit higher or lower than Earth’s shadow when the lineup happens, which allows the sun’s rays to illuminate the side of the moon facing Earth.

The winter solstice adds a twist to these events. When the sun’s path appears low in the sky around the winter solstice, “the path of the full moon, opposite the sun, appears highest in the sky,” NASA reported. In Washington, D.C., for instance, the Cold Moon will be in the sky for 15 hours and 33 minutes, with 14 hours and 34 minutes of this time occurring when the sun is down. That’s a lot of time to catch the Cold Moon lighting up the dark sky.

The Cold Moon is so named for obvious reasons, as this time of year brings long, cold nights. Other names of December’s moon are the Frost Moon and the Winter Moon, according to NASA. Old European names for the last full moon before the winter solstice include the Oak Moon and the Moon before Yule, the three-day winter solstice festival celebrated in pre-Christian Europe. (It wasn’t until the 10th century that King Haakon I of Norway associated Yule with Christmas as he began to introduce the religion to the region, a practice that later spread through Europe, NASA reported.)

The term Oak Moon may have ties to the Druids, an ancient people who lived in what is now Britain and France. The Druids are said to have collected mistletoe from oak trees, according to a first century A.D. text from Roman historian Pliny the Elder. Mistletoe, an evergreen parasitic plant that grows on other trees, is often visible in the winter months when its host trees lose their leaves; its small, sticky whitish berries appear from October to December, according to University of California Agriculture and Natural Resources.

If you’re not a night owl but still want to catch a glimpse of the Cold Moon, keep an eye out Friday and Saturday, which are the earliest evenings this year you’ll be able to see a full or nearly-full moon in the sky. That’s why some people call this moon the Child Moon, because children with early bedtimes can still catch the show, NASA reported.