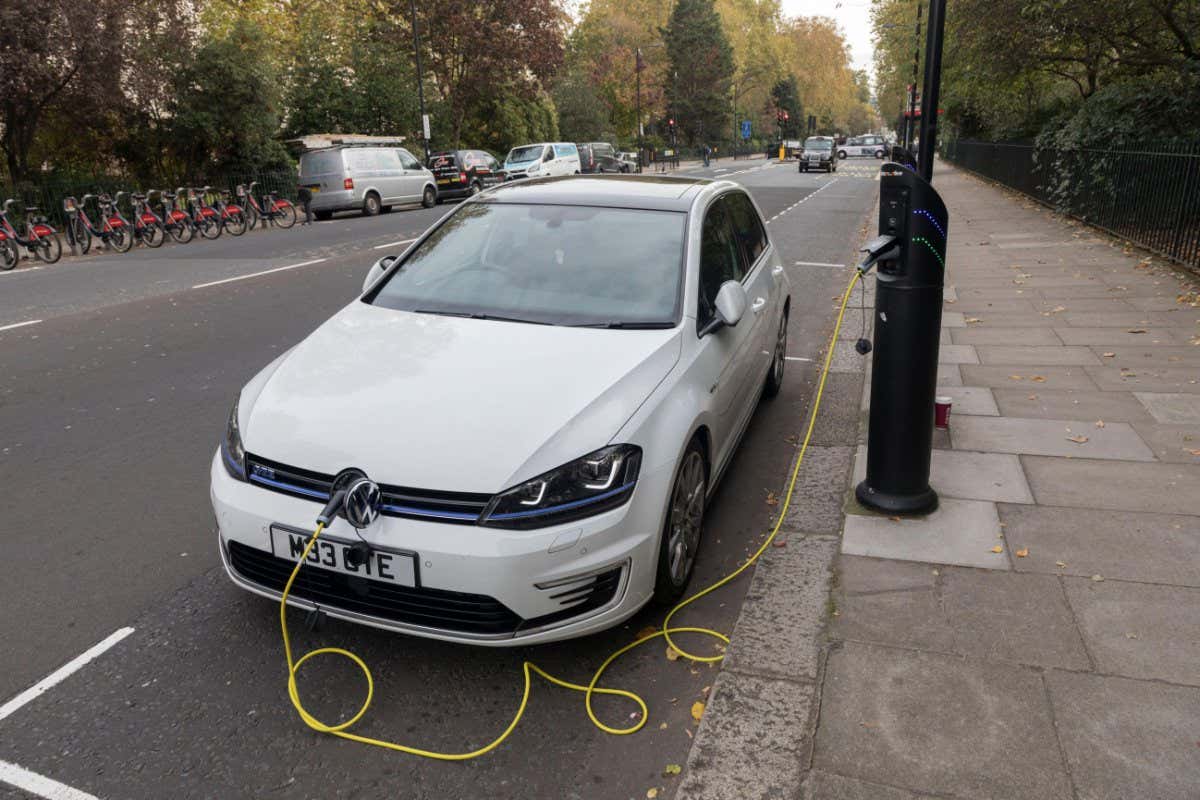 COP26 news: Draft text calls for phasing out coal and

Electric car charging on a street in London

Just before 6am UK time, the first draft of the COP26 final statement was released. It was expected to come out around midnight, but instead, the negotiators had to work through the night. The text gives us our first concrete notion of what the world’s governments will agree to this week. Of course, it is still a draft, and the final version may look significantly different. But let’s take a look at what we have.

New Scientist’s Adam Vaughan was up painfully early this morning and has summarised what is in the text. He highlights several key points.

First, the text “calls upon Parties to accelerate the phasing-out of coal and subsidies for fossil fuels”. That’s remarkable for one simple reason: it explicitly mentions fossil fuels. Ed King at the European Climate Foundation in the Netherlands tweeted that analysts reckon this is the “first time fossil fuels have been called out in a draft UN #climate decision text” – a point echoed by others – and called it “a moment”.

“We’ve never had a text like that before in the COP, a reference specifically to phasing out fossil fuel subsidies or to phasing out coal,” Helen Mountford at the World Resources Institute, told Vaughan.

To readers out there in the normal world, this may seem utterly bizarre. Climate change is driven in large part by our use of fossil fuels and the greenhouse gases they release. Obviously. And yet in the topsy-turvy world of international diplomacy, many countries have simply refused to formally commit to this basic fact. It would be possible to write quite a long book exploring the psychological, economic and political reasons for that – but the fact is they haven’t said it before. If this line makes it into the final document, for the first time all the world’s governments will have admitted that fossil fuels are the problem.

The symbolic value of this one line is potentially quite significant. But of course, symbolic acts only matter if they prompt people to do meaningful things – otherwise they don’t amount to anything more than “we need a futile gesture at this stage”. Is there anything practical in there?

Probably the most useful bit of the text concerns emissions pledges. Many countries have made commitments to cut their greenhouse gas emissions by so many percentage points by some future date. The text calls on them to “revisit and strengthen” their 2030 climate plans by the end of 2022. Previously, they weren’t expected to put forward new plans until 2025, so these new plans would come a whole three years early – and would relate to emissions this decade rather than after 2030.

That’s complicated, so let’s boil it down. This bit of text pushes countries to make plans, before the end of next year, to cut emissions this decade. That’s crucial, because as we have noted before, while many countries have committed themselves to hit net-zero emissions this century, in most cases they haven’t followed up with plans for emissions cuts this decade. If governments put forward new plans next year, for action before 2030, it would help fill that crucial gap.

Of course, the big issue here is that the text only “urges” governments to do this. It doesn’t compel them. So even if this text survives the next few days of negotiations, it won’t be in any way legally binding. We will have to rely on governments feeling a sense of obligation, or perhaps shame, for the text to matter.

Given all this hedging, it will come as no surprise that many are disappointed. Rupert Read, a former spokesperson for eco-activism group Extinction Rebellion, called the text “stunningly, pitifully, >entirely< inadequate”. Similarly, Jennifer Morgan at Greenpeace said it was “a polite request that countries maybe, possibly, do more next year”.

Meanwhile, a group of 14 teenagers, disillusioned with the COP26 process, have launched a legal petition calling on the United Nations to declare a “system-wide climate emergency”. According to The Guardian, the group includes Greta Thunberg plus Ranton Anjain and Litokne Kabua from the Marshall Islands, Ridhima Pandey from India, Alexandria Villaseñor from the US and Ayakha Melithafa from South Africa. Their hope is that such a declaration would prompt the UN to send resources to countries vulnerable to climate change.

It is understandable that the teenagers are so utterly done with the international negotiations and are trying to do an end run around them. In 2021, after 26 of these climate change summits, the language of the draft agreement is still wishy-washy.

In other news, cars powered by fossil fuels are on the way out – sort of.

On a larger scale, a coalition of 24 countries and several leading car firms have agreed to end the sale of new fossil fuel cars by 2040.

The list of countries includes Canada, Israel and the UK – but doesn’t include several nations with massive car industries, including the US, China, Japan and Germany. There are also long lists of cities, fleet owners and investors that have signed on. The car manufacturers involved include Mercedes-Benz, Ford and General Motors. But again, there are many key absences, notably BMW, Volkswagen and Toyota.

Still, the coalition is substantial as it is, and may well grow. What is more worrying is the woolliness of the language. For instance, the governments commit to “work towards all sales of new cars and vans being zero emission by 2040 or earlier, or by no later than 2035 in leading markets”. Notice the use of “work towards”, as opposed to “ensure”. Also, if you scroll to the very bottom of the UK government announcement, you will find a teeny-tiny footnote that reads: “We will make clear this declaration is not legally binding and focused on a global level”. To which one can only say “oh”.

Nevertheless, Rob de Jong at the UN Environment Programme, told New Scientist’s Richard Webb that, despite these caveats, this represents a real turning point. “It’s a fantastic development, it’s an impressive list,” he says, adding that he thinks more will sign up soon.

Climate finance: that is, money flowing from developed countries to developing and emerging economies to help them both cut emissions and adapt to the impacts of climate change. COP26 president Alok Sharma has pronounced himself “delighted” with the commitments made so far, noting that contributions to the Least Developed Countries Fund have topped $410 million and contributions to the Adaptation Fund have reached over $350 million. Once again, a reminder that all the way back in 2009, rich countries promised $100 billion a year by 2020 and they haven’t followed through. In 2019, the year for which we have the most recent data, they only managed $80 billion. Sharma has a long way to go to get the finance flowing as it is supposed to.

Quote of the day

“The climate crisis is a truth crisis.” Teenage climate activist Alexandria Villaseñor of Earth Uprising, once again on point. As this edition of the newsletter makes clear, the texts produced by international climate summits often fail to admit even basic facts – and governments have broken many of the promises they have made to each other.