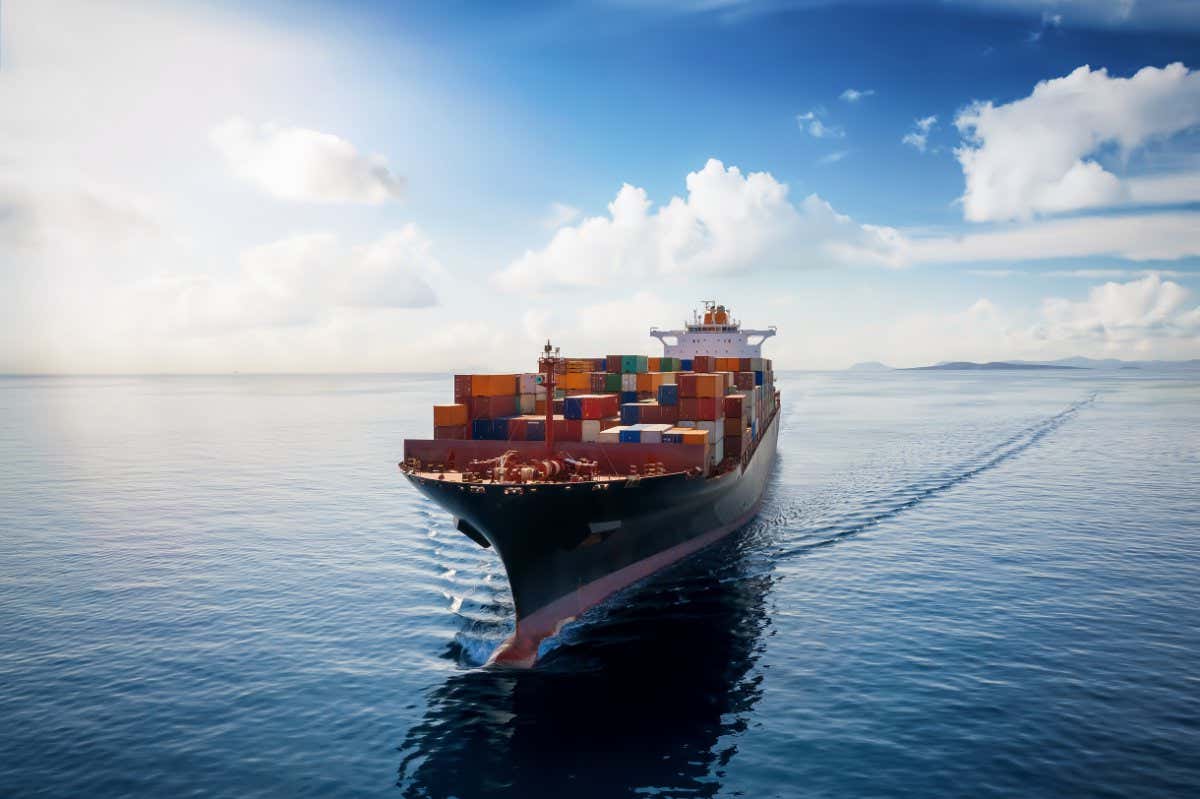 Politicians and industry captains came together at the COP26 climate conference in Glasgow today to launch a new initiative on establishing global “green shipping” corridors along which ships can travel burning zero-emissions fuels. It is a first move towards decarbonising a notoriously hard-to-abate sector, but critics question whether it does anything like enough to turn the tide.

Shipping blasts over a billion tonnes of CO2 into the atmosphere each year, accounting for 2.9 per cent of all human-made emissions in 2018. Under a business-as-usual scenario, that figure could double by 2050.

The 22 initial signatories to the initiative, known as the Clydebank Declaration, commit themselves to develop technology, expertise and port infrastructure that will allow key international shipping routes to go zero-carbon, as part of a strategy to decarbonise the entire industry by 2050. “It’s easy to say, but to do it means we have to act now,” said Robert Courts, a UK minister with responsibility for shipping, during the declaration’s launch.

Initial analysis has focused on two promising candidates for developing green corridors, said analyst Faustine Delasalle at the UK-based think tank Energy Transitions Commission: the iron ore route from Australia to Japan, and container shipping from Asia to Europe. The latter is currently responsible for more greenhouse gas emissions than any other route – some 22 million tonnes a year, or as much as the nation of Panama.

Australia in particular has ambitious plans for expanding production of “green” hydrogen made by electrolysing water. It might be used to fuel ships on its own, or to make ammonia fuel. The first ships could be plying the route to Japan by 2026, according to a report by the Getting to Zero Coalition, which is working to decarbonise shipping.

Simultaneously, US transportation secretary Pete Buttigieg announced that the US was already working to establish two green shipping corridors across the Pacific. “Our ports can be an anchor point for clean shipping solutions,” he told the conference.

Ambitions to decarbonise shipping are achievable, says Morten Christiansen at Maersk, operator of the world’s largest shipping fleet. “Technology is available, it is there. We can today build vehicles that run on something other than oil.” The main stumbling blocks are the availability and cost of alternative fuels, he says. Increasingly, however, those of his customers looking to decarbonise their supply chains are willing to bear those costs. Maersk has bet big on methanol as an alternative shipping fuel, aiming to have eight large container ships operational by 2025.

Jacob Armstrong at campaign group Transport & Environment in Belgium welcomes the green corridor and other initiatives, but criticises a lack of ambition from parties at COP26 on shipping emissions. “It’s a disappointment, a missed opportunity,” he says. “The silver lining is that [the new initiative] is an acknowledgement that states and companies have to act themselves to make sure that shipping decarbonisation happens.” But the details are scant, and the decentralised nature of the agreement, relying on bilateral partnerships between individual countries at the end of particular shipping routes, “condemns it to a slow death”.

What has been notable by its absence so far at COP26 is any progress on bringing shipping and aviation – which is responsible for a comparable level of emissions – within the scope of the 2015 Paris Agreement on climate change targets. That would mean all countries would be bound to legally binding decarbonisation plans for both sectors. Some 50,000 ships are currently plying international shipping lanes, and current plans see just 200 green ships in operation by 2030 – by any measure just a drop in the ocean.

Sign up for Today at COP26, our free daily newsletter covering the crucial climate summit