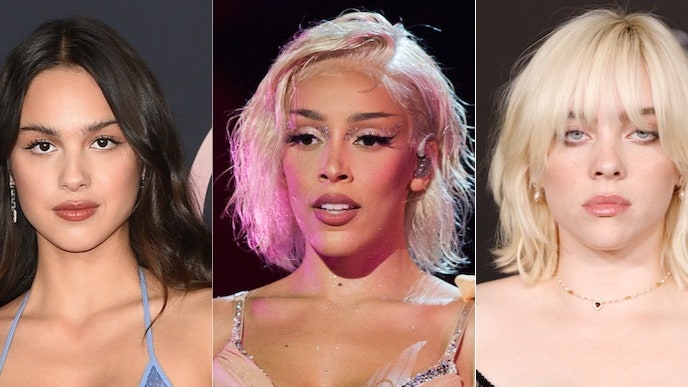 The Recording Academy has announced its nominees for the 64th Annual Grammy Awards. Olivia Rodrigo and Billie Eilish both earned seven nods, with Doja Cat, Justin Bieber, and H.E.R. all snagging eight. Jon Batiste earned the most nominations, with 11 in total. The ceremony will take place in Los Angeles on January 31 and broadcast on CBS. See the full list here.

Doja Cat’s Planet Her was nominated for Album of the Year, as well as Best Pop Vocal Album. “Kiss Me More,” her collaboration with SZA from the album, is up for Best Pop Group/Duo Performance, and “Need to Know” is nominated in the Best Melodic Rap Performance category. Doja Cat earned another nod for her guest spot on the Best Rap Song nominee “Best Friend” by Saweetie, who’s among the Best New Artist nominees.

Due to his work on “Kiss Me More,” “Best Friend,” and Planet Her, Lukasz “Dr. Luke” Gottwald received three 2022 Grammy nominations. The producer, who remains in a legal battle with Kesha, was nominated last year under the pseudonym Tyson Trax. Fiona Apple was among the people to criticize the Recording Academy for recognizing Gottwald, especially in light of Kesha’s emotional 2018 Grammy performance of “Praying,” a song that is widely believed to be about Kesha’s alleged experiences of abuse by Gottwald. The producer has denied the allegations, some of which have been dropped.

Lil Nas X’s Montero earned its own Album of the Year nod, and “Montero (Call Me by Your Name)” nominated for Record of the Year, Song of the Year, and Best Music Video. The rapper’s Jack Harlow collaboration “Industry Baby” is up for Best Melodic Rap Performance.