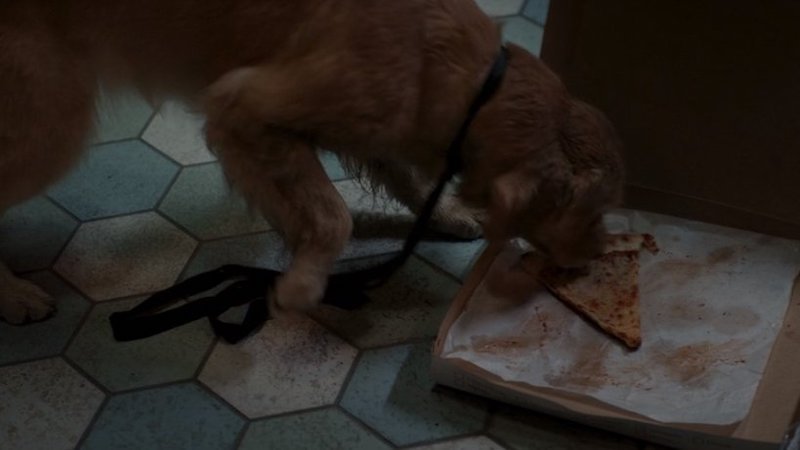 Retractable sword! Crumbling bell tower! Illegal auction in a wine cellar! Not exactly the first thing you think of when the sharpshooter Hawkeye gets his own Disney+ show. Marvel’s latest entry into episodic storytelling follows the bright-eyed Kate Bishop as she navigates a new vigilante life along with the retired Avenger as he attempts to get back to his family before Christmas. Needless to say, this Hawkeye Season 1 Episode 1 recap includes spoilers for both the show and related films.

As a quick recap of our own, titular character Clint Barton’s appearances throughout the MCU are pretty numerous and it’s worth checking in on the films he has had a major role in. First shown targeting the God of Thunder in the first Thor movie, Hawkeye got a major role acting as a brainwashed antagonist in The Avengers before fighting alongside our original group of heroes in the Battle of New York. In Avengers: Age of Ultron, a now-retired Hawkeye is shown to have a family, one he loses to the Thanos snap in the next film. But it’s all good! He gets his family back in Avengers: Endgame and now he even has his own show. Of course, the death of his best friend and trusted partner Black Widow is still fresh and the aftermath is left largely unexplored.

The Origins of a Hero

Flashback time! It’s 2012, we’re in New York, and a young Kate Bishop is listening in on her parents arguing over their living situation and the like. A quick heart-to-heart with her father and a successful attempt of a mother connecting with her daughter and we’re met with explosions outside the luxurious apartment. Yup, we’re in the midst of the Chitauri Invasion, the battle that brought the Avengers together. A frantic Kate is nearly toasted from an incoming attack, but a save from none other than Hawkeye creates an idol in her eyes.

Not everyone was so lucky. While Kate’s mother, Eleanor, was able to swoop in and take Kate out of the crumbling building, her father was, unfortunately, a casualty. The two mourn their loss at the funeral and Kate’s newfound strength is born when she asks for a bow and arrow.

Who wouldn’t want to snipe the bell tower in the midst of a snowy winter night if you possessed the incredible ability to do so? That’s exactly what Kate, now an adult, is up to. Before getting caught, she causes the bell to crash down right through the tower.

Later, Kate arrives at her mother’s place where word of the bell tower’s demise has more than reached parental ears. It’s a large bill to get that fixed, but not to worry! The Bishops are quite wealthy. Before both Kate and her mother head off to a charity auction, a man by the name of Jake enters the room, much to Kate’s dissatisfaction.

At the auction, a tuxedo-wearing Kate chats it up with the rich bigwig Armand who reveals Eleanor and Jack are getting married. Lots of characters not being pleased with new information so far! After a not too thrilled Kate confronts her mother, she takes a step outside where she spots a curious dog. Random, but will be important later!

Back inside, Kate is back to her old habits of eavesdropping on her mother and Armand during a tense conversation. Conveniently dressed as someone easily mistaken as a waitress, Kate follows Armand down into a wine cellar where a secret auction is taking place. First up, a massive skull! After a run-in with the head waiter, Kate manages to maneuver her way out from suspicion. She spies a few Russian-speaking lads doing something shady in the next room, then she gets back to the auction where Amrad and Jack are bidding for a retractable Ronin sword.

Just as the Ronin suit is set up as the next item, an explosion tears down a nearby wall sending the entire wine cellar into chaos. Amid the panic, Jack swipes the sword off the floor and Kate grabs hold of the Ronin suit. As masked men point their guns at Armand and Jack, a suited and hooded Kate starts flying around taking out foes one by one. Escaping through the newly formed hole in the wall, Kate gets outside where that rascal of a dog from earlier is tugging at the leg of the getaway driver. Kate chases the big pupper out into the busy streets where she saves him from incoming traffic. Clearly a hero.

Elsewhere, the Rodgers musical depicting the events of the first Avengers movie is in full effect and who else is in the crowd other than Clint Barton and his family? After pointing out a few inconsistencies like the inclusion of Ant-Man, a daunting close-up of the Black Widow actress sends Clint into a state that gets him to walk out of the theater. Clint, now sporting a new hearing aid, has a sweet moment with his daughter who knows what’s up. The rest of the family piles out and they leave the musical halfway through for some good grub. At dinner, a phone call with mom is followed up by the waiter letting the Bartons know that their meal was on the house. Clint was not pleased.

Towards the end of the episode, the family returns to their hotel where they plan to pack to make it back home for Christmas. A news report covers the explosion at the charity gala and also shows a glimpse of Kate in the Ronin suit. What’s this? Clint is troubled? Ah, that’s right. While his family was snapped out of existence, Hawkeye went on a different vigilante route as the masked Ronin.

A Meeting of Two Archers

Back at her apartment, Kate feeds her newfound companion with a scrumptious slice of leftover pizza. Her night’s not over. Kate breaks into Armand’s manor to look for more clues. She got a clue alright! Armand’s dead body is laying under a pool of blood on the living room rug. Kate books it out of there before the arriving maid sees the scene of the crime.

Outside once more, Kate is cornered by the group of hoodlums keeping watch since she ruined the robbery at the gala. After getting cornered inside a car, a mysterious force appears to stop the thugs from crashing through the windows. And look at that, it’s Clint! He grabs her out of the car and rips off the mask. She knows him but he doesn’t know her. And that’s a wrap!

Things are moving quickly in the world of Hawkeye and the Disney+ exclusive show will release each of its six episodes on a weekly basis. Catch each episode of Hawkeye, along with our detailed recap, every Wednesday.

‘The Mandalorian,’ ‘The Wonder Years’ & More of TV’s Top

The Summer Dresses That Minimalists Will Love

The 2000s Butterfly Crop Top Robin Arzón Predicts Will Be

Patients and Doctors Will Become One with Their Gut in

Heather Has How Many Mommies? The Importance of Community to

Monkeypox cases are continuing to rise around the world

All You Need to Know About Elden Ring

Samsung Galaxy M33 May Debut in India Next Month