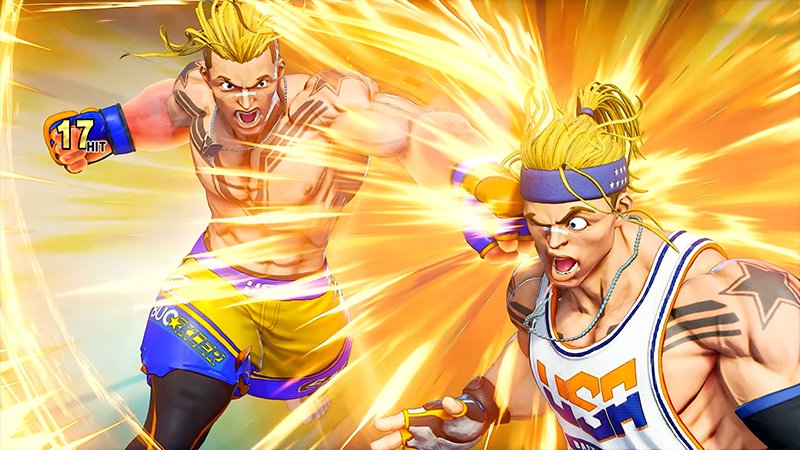 Capcom Hints Next Street Fighter Reveal Is Coming Next Year After nearly six years of ups and downs, Street Fighter V is winding down with its final DLC fighter named Luke, a newcomer to the series who is releasing on November 29. But he’s not just the game’s final fighter as Capcom stated that he will play an “important” role in the next Street Fighter project. And it sounds like this next project is somewhat close to getting revealed.

Director Takayuki Nakayama and Producer Shuhei Matsumoto talked extensively about Luke in the most recent showcase for Street Fighter, which primarily focused on him. The two went over his move set and spoke about his unique qualities and style. But near the end of the video, the duo started looking past Street Fighter V.

“Luke is an important character who will be featured in the next Street Fighter project, so we hope that you try him out when he’s released in SFV,” said Matsumoto.

The “next Street Fighter project” could be anything, including Street Fighter 6 if Capcom truly decides to go straight to another numbered entry. Although whatever it is, Nakayama said they would keep what they learned from Street Fighter V in mind.

“We, the development team, will use this experience as a springboard to move on to the next project!” he said.

While it may seem like this next Street Fighter title is far away, Matsumoto made it seem like this announcement would happen sooner rather than later.

“While this is the end to this digital showcase series for SFV, this is more of a ‘see you soon’ rather than a ‘goodbye,’” he said. “We look forward to providing you more information next year! Thank you very much and see you soon.”

RELATED: Resident Evil: Welcome to Raccoon City Review: A Misfire of a Movie

It’s unclear how soon “soon” is, but it is likely most that team within Capcom has been working on the game for quite some time. Regardless, that section also ended saying that Capcom would “be back with more news about the future of Street Fighter,” a statement that also implies a more imminent reveal.

This phrasing backs up a leak from November 2020 that supposedly revealed Capcom’s upcoming release schedule. It included games like a Resident Evil 4 Remake and Dragon’s Dogma 2 as well as Street Fighter 6, which was listed as a Q3 2022 release. Super Street Fighter 6 and Ultra Street Fighter 6 were listed as Q4 2023 and Q4 2024 releases, respectively.

Capcom had also said that Luke was important to Street Fighter‘s future back in August 2021. Adding a character that’s important to the next Street Fighter in Street Fighter V may have to do with Capcom’s extended support for SFV. Capcom announced in May 2020 that it was doing a fifth season of the game after the success of the fourth one. It’s possible that the developer wanted to take advantage of Street Fighter V‘s long tail and use it to set some early groundwork for its next game.