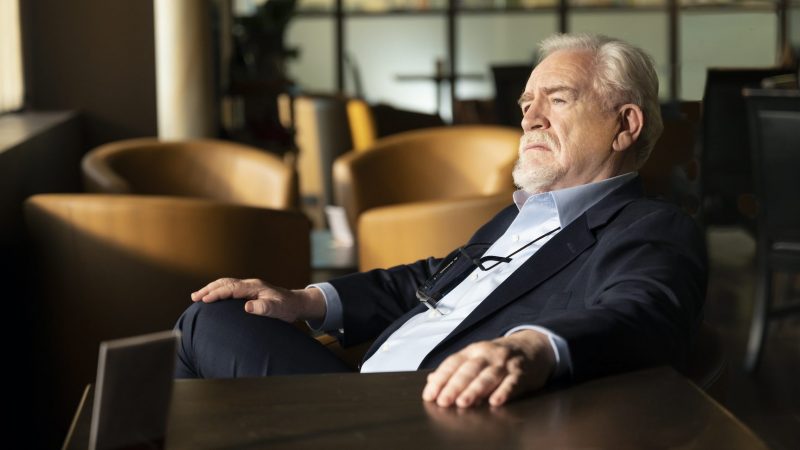 Brian Cox is currently the star of the HBO hit series Succession, but prior to his run as Logan Roy, Cox turned down another big role for an even bigger television series.

In his recently released memoir Putting the Rabbit in the Hat (via Esquire), Cox revealed that he was offered a role in the HBO fantasy series Game of Thrones, but turned it down because the pay wasn’t quite what he would have liked.

Cox went on to reveal that he was initially asked to play Robert Baratheon, the King of Westeros introduced in the first season and someone who is killed towards the end of it.

“I’m often asked if I was offered a role in Game of Thrones — reason being that every other bugger was — and the answer is, yes, I was supposed to be a king called Robert Baratheon, who apparently died when he was gored by a boar in the first season,” Cox wrote in his book. “I know very little about Game of Thrones so I can’t tell you whether or not he was an important character, and I’m not going to Google it just in case he was, because I turned it down.”

The legendary actor said that while everyone else went on to become very wealthy as part of being on the show, he wouldn’t have gotten to enjoy many of the benefits from it due to being killed off so early.

“Why? Well, Game of Thrones went on to be a huge success and everybody involved earned an absolute fortune, of course,” Cox said. “But when it was originally offered the money was not all that great, shall we say. Plus I was going to be killed off fairly early on, so I wouldn’t have had any of the benefits of the long-term effects of a successful series where your wages go up with each passing season. So I passed on it, and Mark Addy was gored by the boar instead.”

Elsewhere in the memoir, Cox touches on the fact that he turned down a role to play the Governor in Disney’s Pirates of the Caribbean franchise, a role which would eventually be taken over by Jonathan Pryce.

“The guy who directed Pirates was Gore Verbinski, with whom I made The Ring, and he’s a lovely chap but I think I blotted my copybook by turning down the Governor,” said Cox. “It would have been a money-spinner, but of all the parts in that film it was the most thankless, plus I would have ended up doing it for film after film and missed out on all the other nice things I’ve done.”

Another reason for Cox’s decision to decline a role in Pirates, according to him, was that the franchise was too dependent on actor Johnny Depp, who Cox called “overblown” and “overrated” in his work.

“Another thing with Pirates of the Caribbean is that it’s very much the ‘Johnny Depp as Jack Sparrow’ show, and Depp, personable though I’m sure he is, is so overblown, so overrated,” Cox said. “I mean, Edward Scissorhands. Let’s face it, if you come on with hands like that and pale, scarred-face make-up, you don’t have to do anything. And he didn’t. And subsequently, he’s done even less. But people love him. Or they did love him. They don’t love him so much these days, of course.”