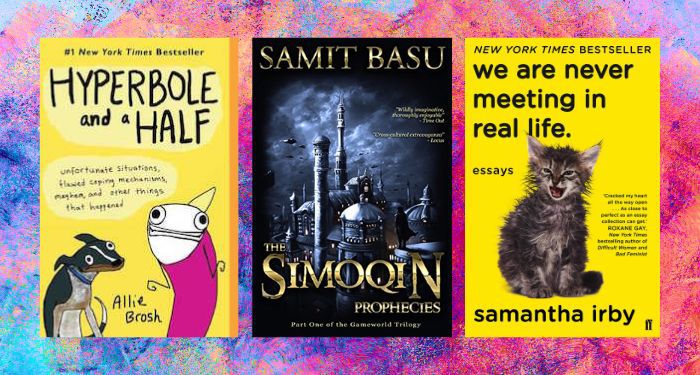 12 of the Funniest Books Ever to Start the New

Almost every year, January is the month in which I read the highest number of books. This is because I reserve January for lighthearted, funny books. While my professional and personal to-do lists slowly awaken from their year-end slumber, I take some time to immerse myself into the pleasure of laughter induced by the written word. The month of casual reading helps me reset my reading life and gear up for another year of living and loving books.

This year has already started well – I finished Nina Stibbe’s hilarious Man at the Helm on the very first day. If you, like me, would like to kick off your reading year with a good dose of laughter, I have for you a list of 12 of the funniest books I have ever read – some well known, some not so much – for your reading and rereading pleasure. This does not include well known classics like the Blandings books by PG Wodehouse – I am one of those people who prefer Blandings over Jeeves – that were a constant source of entertainment in my teenage years, or iconic comic writers like Evelyn Waugh and David Sedaris who I discovered later in my reading life. I also do not talk about the many hilarious Bengali authors I grew up reading, for that is a separate post in itself, once I have found good and accessible translations for some of them. 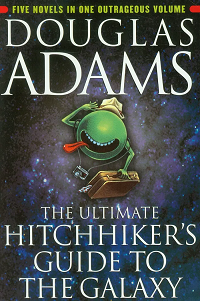 The Hitchhiker’s Guide to the Galaxy by Douglas Adams

This is the original sci-fi romp – hilarious, absurd, and weirdly philosophical. Every page of this book is guaranteed to generate at least one loud guffaw – right from the beginning when Earth has to be demolished to make way for an intergalactic freeway, and protagonist Arthur Dent is rescued by Ford Prefect, Arthur’s friend, researcher, and alien in disguise who accidentally named himself after a car. It’s the first in a trilogy told in five parts, so you can keep going if you are not ready to leave this fascinating universe after one book. 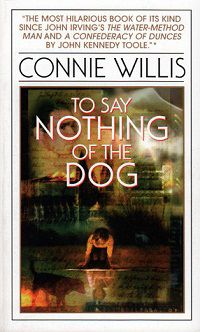 To Say Nothing of the Dog by Connie Willis

This is actually a two-part recommendation. First, read Three Men in a Boat by Jerome K. Jerome, a classic of comic writing, if you haven’t already. Then pick up Connie Willis’s homage to it. To Say Nothing of the Dog is a brilliant combination of absurd situations, a lovable but blundering protagonist, a very important cat, a very important dog, an entertaining swan attack, and, of course, time travel. 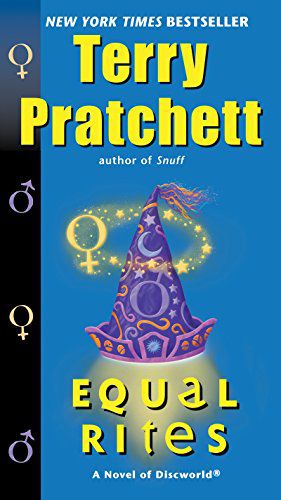 After reading Good Omens by Terry Pratchett and Neil Gaiman, which is itself a comic masterpiece, I delved deep into Pratchett’s Discworld universe. Equal Rites is the perfect entry point, and one of Pratchett’s funniest. In it, we are introduced to the mighty witch Granny Weatherwax as she guides protagonist Eskarina Smith on her quest to gain admission into the Unseen University at Ankh-Morpork as a wizard in training. Every sentence in this book is laugh out loud funny, and it is peppered with surprisingly profound observations about the real world. 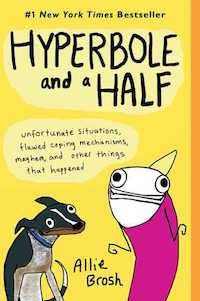 Hyperbole and a Half by Allie Brosh

This graphic memoir grew out of Allie Brosh’s popular blog. In it, Brosh discusses heavy topics such as her experience with depression, using drawing that is ridiculously simple and text that is brilliantly funny. It made me laugh-cry as I related hard with her misadventures in adulting while depressed. It also made me desperately want to meet her dogs.

No Onions Nor Garlic by Srividya Natarajan

I am never going to miss an opportunity to shove this book into the hands of fellow readers. It is my favorite funny book of all time and not nearly enough people are aware of its existence. It is a bitingly funny, immensely satisfying takedown of the sexism and casteism in an Indian university campus, with a sweet romance, and some Shakespeare thrown in for good measure. The climax is absurdly Bollywood-y, and the awesome cover is illustrated by the author herself. 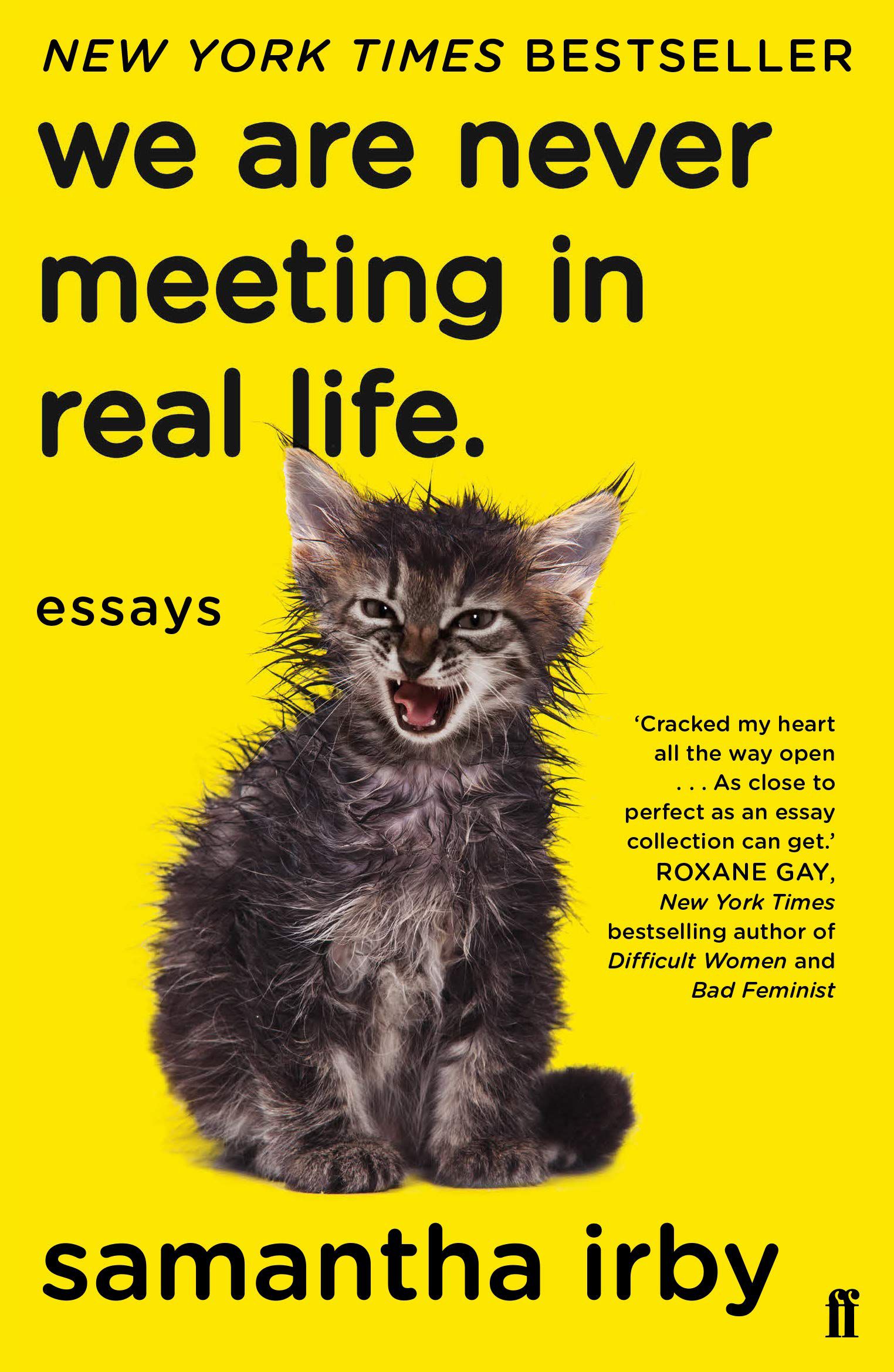 We Are Never Meeting in Real Life by Samantha Irby

This is a collection of essays that is intimate and candid, but also hilariously funny. The tone of these essays emphasize the importance of striking the right balance between being kind to oneself and not taking oneself too seriously. Though most of the American pop culture references went right over my head, I still found this book immensely enjoyable. 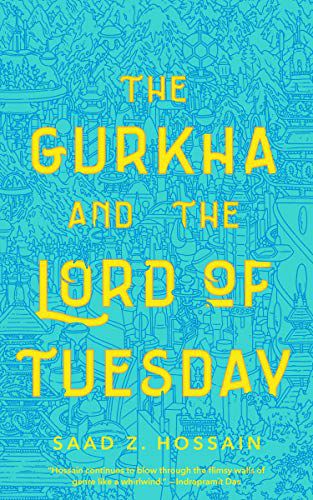 The Gurkha and the Lord of Tuesday by Saad Z. Hossain

This book is set in a future Kathmandu that has been taken over by an all-knowing AI called Karma. The Djinn king Melek Ahmer, the Lord of Tuesday, has awoken from an enchanted slumber and is ready to take over the city with the shady soldier Bhan Gurung by his side. The only problem: the inhabitants of the city are too busy getting high and throwing wild parties to notice. A heady cocktail of artificial intelligence, a touch of fantasy, an old mystery, and a quest for vengeance, this deliciously funny book is a must read. 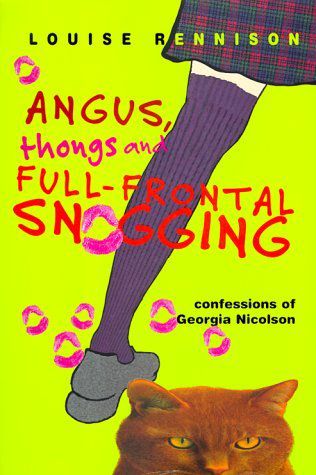 This is the diary of teenager Georgia Nicolson. Georgia is precocious and annoying. Her diary opens with a description of the many practical problems of going to a party dressed as a stuffed olive. Everything she has to say about herself and her life is equal parts cringey and hilarious. This is the kind of book that will help any reader laugh their way out of a reading slump. 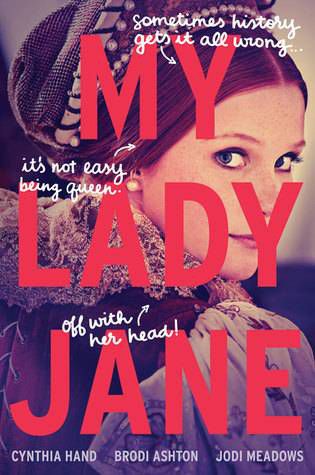 This book is the first in the Lady Janies series, in which the authors give tragic heroines from history a better ending, with the help of a dash of magic. This one is about Lady Jane Grey, whose time on the throne was infamously short (nine days). In this world, instead of Catholics and Protestants, there are people who can shapeshift into animals and those who cannot. It is populated by poetic horses, resourceful ferrets, canny cats, brave birds and wise skunks who embark upon a madcap adventure to maintain peace in the kingdom and install a righteous ruler on the throne. 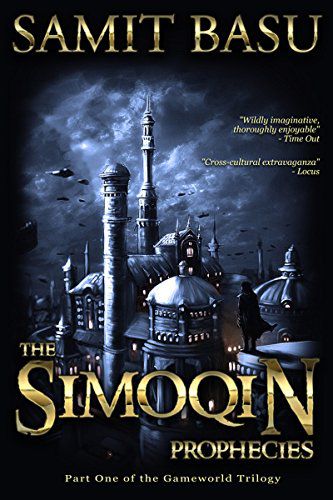 The Simoqin Prophecies by Samit Basu

This is the first book in the Gameworld Trilogy. In it, the author takes all the tropes of epic fantasy and runs with them to create a vividly imagined world that is simultaneously a well-realized setting for an engaging story, and a hilarious spoof of the genre with an Indian twist. There are jokes aplenty – even if you miss half of them, you are sure to find yourself cackling in every chapter. 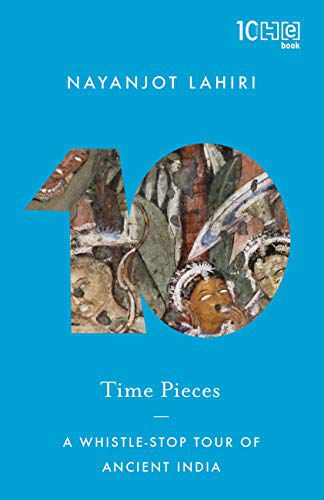 It is not often that you come across a book on ancient history that makes you laugh out loud, but this one does. It does not talk about rulers and wars, and not even about a specific region or period in the ancient history of India, but about facets of daily life, like love, laughter, food and art. The author brings to the book modern sensibilities and a sparkling wit, making it a truly enjoyable read. 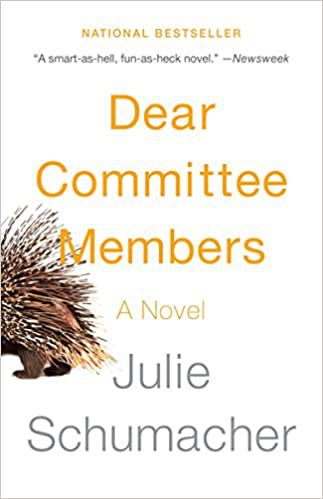 This novel is written in the form of letters of recommendation that Jason Fitger, ex-novelist and cranky English professor at a liberal arts college in the American midwest, writes for his students. Through his letters, the readers are immersed into the ridiculous, but also familiar (if you have spent any time in modern academia), drama of life in the English department. The book has a sequel, The Shakespeare Requirement, which is equally hilarious.

Want more recommendations for books that will make you laugh out loud? Check out our funny books archive.