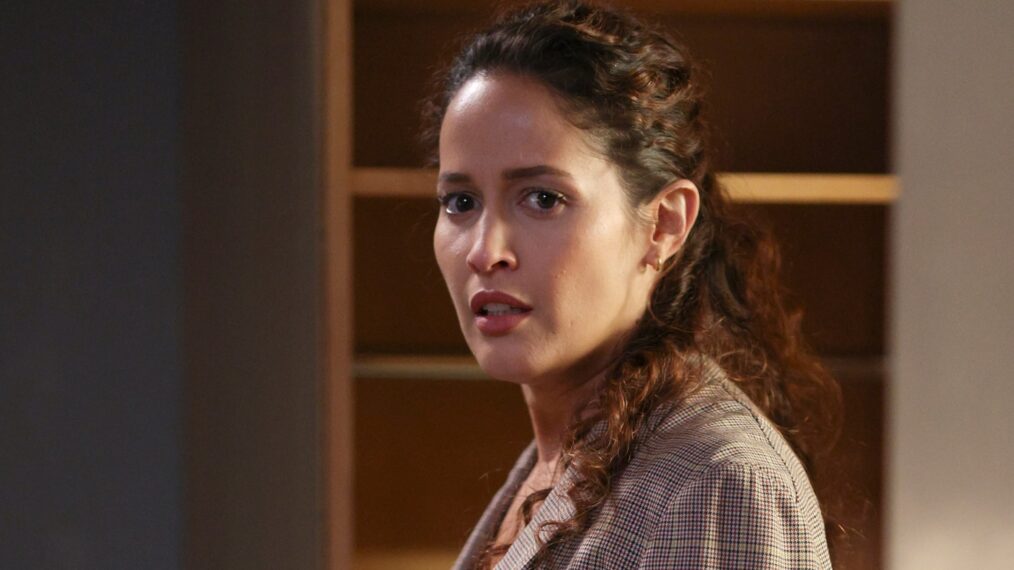 The Season 5 finale of Station 19 is gearing up for big things as stars Jaina Lee Ortiz and Jason George offered some teases on the Disney Upfront red carpet this week.

While they remained vague on what is about to unfold, they did reflect on their characters’ roles within the Grey’s Anatomy universe and hint at a need for tissues as the season-ender arrives. As Ortiz’s Andy Herrera faces a trial for Jeremy’s (Daniel di Tomasso) death after he attacked her and she fought back, the actress is in awe of her character. “To be on a show that’s an extension of Grey’s Anatomy feels really awesome,” she tells us. “And to know that if Meredith Grey can go through hell and back, so can Andy Herrera. I mean, it just speaks to a character’s strength and what they’re able to do with the amount of pain and trauma that one can go through.”

“It’s devastating,” she adds, “but that’s what makes interesting TV. If we were happy and if life was perfect, it would be boring, right?” And life is anything but boring for Andy whose fate remains in the balance. “I [can’t say what will happen] because then I’ll get in trouble. But look, we’re touching on a very sensitive and delicate subject, which is sexual assault. And I think the result of the trial will definitely play a huge part in where she begins Season 6,” she teases. “So, there is optimism and hope, which is all I can say.”

As for George, he says, “All I can say about the finale is that some of the family comes together, and we lose some family.” Talk about a tease! He adds, “How many tissues and how much wine do you need? I’m going to put wine at a solid seven or eight [glasses], but my wine starts high in the first place. Tissues, I’m going to put tissues at a solid six. And some of that may be for tears of joy.”

In terms of the future, not much can be said regarding the next chapter, but Ortiz is confident the show will be crossing over with its TV counterpart Grey’s Anatomy once again. “We’ll always cross over,” she says. “This is the only ABC Shondaland show that is still on network and is able to crossover, and you live for the drama. We live for that, we live for the character’s lives.”

See how those lives are impacted when the Season 5 finale of Station 19 airs on ABC.