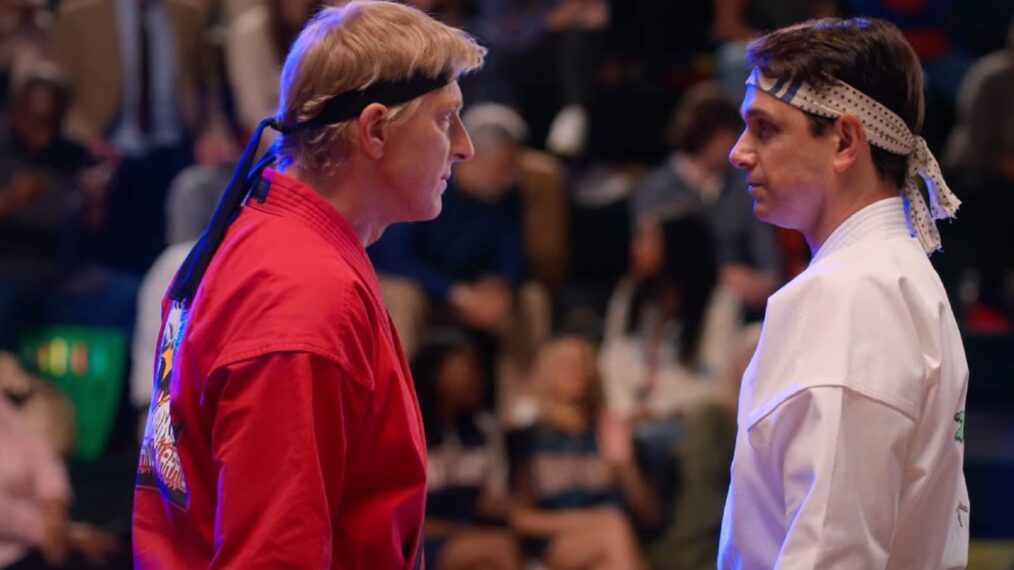 “Do you have one more fight in you?” That’s the question William Zabka‘s Johnny Lawrence asks in the newly released Season 6 announcement for Netflix‘s Karate Kid sequel series Cobra Kai.

Surely fans have more than one fight left in them, but Cobra Kai is hanging up its karate belt after its forthcoming sixth and final season which is set to be its “biggest” and “baddest” to date.

Set over 30 years after the events of the 1984 All Valley Karate Tournament from The Karate Kid, Cobra Kai sees the continuation of Daniel LaRusso (Ralph Macchio) and Johnny’s conflict as it evolves into what could be considered a friendship. Written and executive produced by Josh Heald, Jon Hurwitz, and Hayden Schlossberg via Counterbalance Entertainment, the trio penned an open letter to fans regarding the big announcement.

The letter begins, “When Daniel LaRusso arrived in the Valley with his mother in 1984, little did he know that his life was about to be forever changed. The same went for three young kids from New Jersey who hadn’t yet met one another. Daniel’s journey from bullied teen to underdog hero became an indelible part of our childhoods, and something we would always carry with us in our hearts,” Heald, Hurwitz, and Schlossberg wrote.

As the letter goes on, they stated, “While this may be a bittersweet day for the fandom, the Miyagiverse has never been stronger. This fandom is the BEST on the planet and we hope to be telling more Karate Kid stories with you down the line. Because we all know, Cobra Kai Never Dies.”

“In the meantime,” they continued, “strap in for the BIGGEST SEASON OF COBRA KAI YET.”

See the full letter, above, and catch the fun teaser hinting at what’s to come. In addition to Heald, Hurwitz, and Schlossberg, the series is executive produced by Will Smith, James Lassiter, Caleeb Pinkett, Susan Ekins, Macchio, and Zabka.

Stay tuned for additional details on the sixth and final season of Cobra Kai and stream Seasons 1-5 anytime on Netflix.