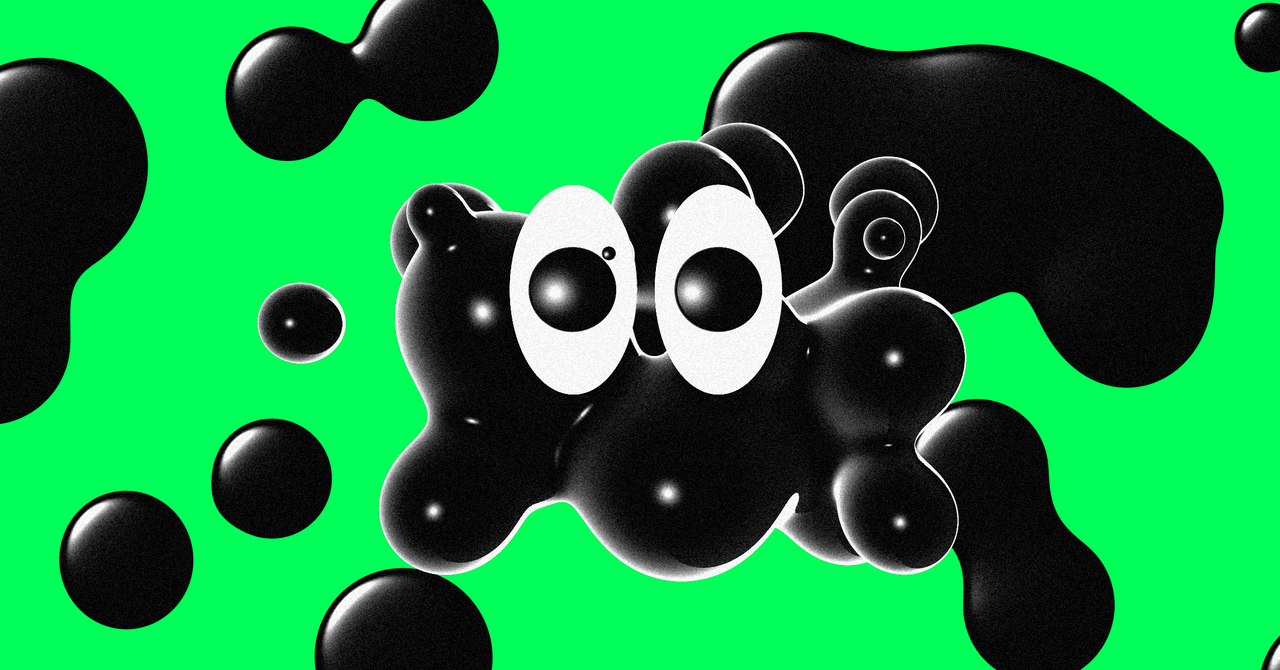 This year alone, black goo—the science-fictional name for the science-factual graphene oxide—has seeped its way into not one but two sci-fi shows, Severance and Westworld. Three if you count Stranger Things, where it was sighted in earlier seasons. These sightings and intertextual seepages—sublimations, clearly, of real-world torments—are too consistent to be coincidental. They are signs that cannot be ignored.

Start with Westworld, whose latest season finds the robots in complete control of humankind. This they accomplished, the robot-in-chief indicates, using a combination of flies, parasites, and, yes, black goo. We see vats of the stuff in a hidden lair, glistening sickly. It seems to be the medium in which the parasites are grown—a callback to the first major appearance of black goo in the canon, the OG, the Original Goo itself: the Purity virus in The X-Files.

Middle of season 3, you remember. French salvagers discover an alien vessel deep in the ocean and mysteriously die, but a diving suit belonging to one of them is covered, Mulder discovers, in “some kind of oil.” (Black goo is variously referred to as black oil, black cancer, black bile, black blood, etc. All the same stuff.) Is it possible the oil is, as he later puts it, “a medium used by alien creatures to body-jump”? That’s as far as Westworld’s callback takes it: black-goo-as-medium. But X-Files knows the whole truth. Thanks to science-minded Scully, we learn in season 5 that the body-snatcher is some sort of “vermiform organism” that gets “attached to the pineal gland.” Translation: Black goo isn’t just medium. It’s also monster.

Sometimes, the victims of black engooment in X-Files survive, so long as the stuff safely, if violently, self-ejects from eyes and mouth. Not so much the victims in the Alien franchise, which constitutes the goo’s best-known modern manifestation. As one of the franchise’s tie-in video games puts it: “Any living thing that comes into direct contact with the black goo”—known technically, in this universe, as Chemical A0-3959X.91-15—“will either die horribly, give birth to monsters, or become a monster themselves.” You see a lot of this oozy, unrecoverable infection in Prometheus. Also in Rakka, a little-known short film by Neill Blomkamp, where Sigourney Weaver leads a last hurrah in 2020 Texas against alien colonizers equipped with black-goo weaponry that can somehow both control minds and obliterate buildings.

Obviously, the sci-fi record isn’t perfectly clear on the workings of black goo; it is, by its nature, impossible to grasp. In Miyazaki movies, it tends to be ecologically terrorizing; in Luc Besson’s Lucy, it’s some sort of sparkly transhumanist supercomputing … thing. (Perhaps not so coincidentally, Scarlet Johansson, Lucy’s Lucy, also stars in Under the Skin, as an alien who drowns and eats men in a sea of black goo.) In Severance, it’s more metaphorical, a visual symbol for the ways in which separate realities bleed into and out of each other. Same goes for Stranger Things, where it’s a kind of interdimensional trespasser. The specifics, though, are somewhat beside the point. The medium is the metaphor is the monster is the message, and the message is this: Whatever black goo is, it’s alien, everywhere, and “the source of all evil on the planet.”