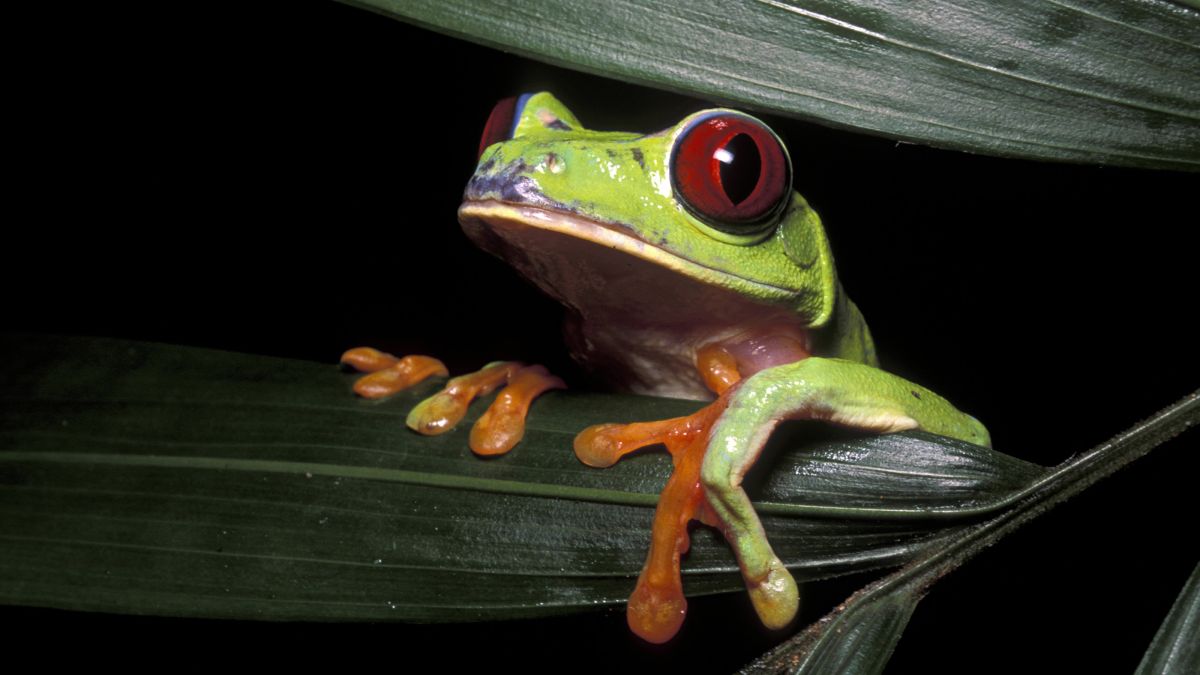 What’s The Difference Between a Frog and a Toad?

The main difference between frogs and toads can be seen in their hind legs and skin. Both frogs and toads are amphibians that belong to the scientific order Anura within the animal kingdom.

In general, toads have warty, drier skin with heavyset bodies and stumpy legs, whereas frogs have silky skin and longer legs.

The “true frogs” include about 400 species that belong to the family Ranidae, whereas more than 300 species of “true toads” are members of the family Bufonidae, according to Wildlife Preservation Canada (opens in new tab).

If you happen to look down while taking a stroll in the woods or a marsh, here are some distinguishing characteristics to help you know the difference between a true frog and a true toad.

Most true frogs have long legs for hopping, while toads sport stumpy bodies and shorter legs for walking, Wildlife Preservation Canada noted. Their skin also looks different, with toads generally having dry skin covered in “warts” and parotoid glands that secrete a poison to help toads defend against predators, according to the National Wildlife Federation (opens in new tab).

True frogs have smooth, moist skin and pads on their toes to help with climbing, according to the San Diego Zoo (opens in new tab).

Not all frogs and toads are easy to distinguish, however, leading biologists to squabble over the definition.

There are some frogs that have skin covered in warts, and toads that have smooth, slimy skin, according to the Exploratorium, a San Francisco science museum, in their online exhibit about frogs and toads. And many species will fit equally well into either category.

Frog and toad appearance can also signal their defenses. For instance, those with brightly colored bodies are advertising to enemies (including you) that they have toxic skin, the San Diego Zoo said. Frogs and toads with “mottled green or brown colors” use camouflage to hide from predators, the zoo said. One clever species, the Oriental fire-bellied toad, uses both strategies: The top of its body is a dull green, but when disturbed this amphibian arch upward to reveal a red belly and warn predators that they have toxic skin.

When threatened, toads can also puff up its body to appear bigger and unswallowable to a hungry predator, the zoo said.