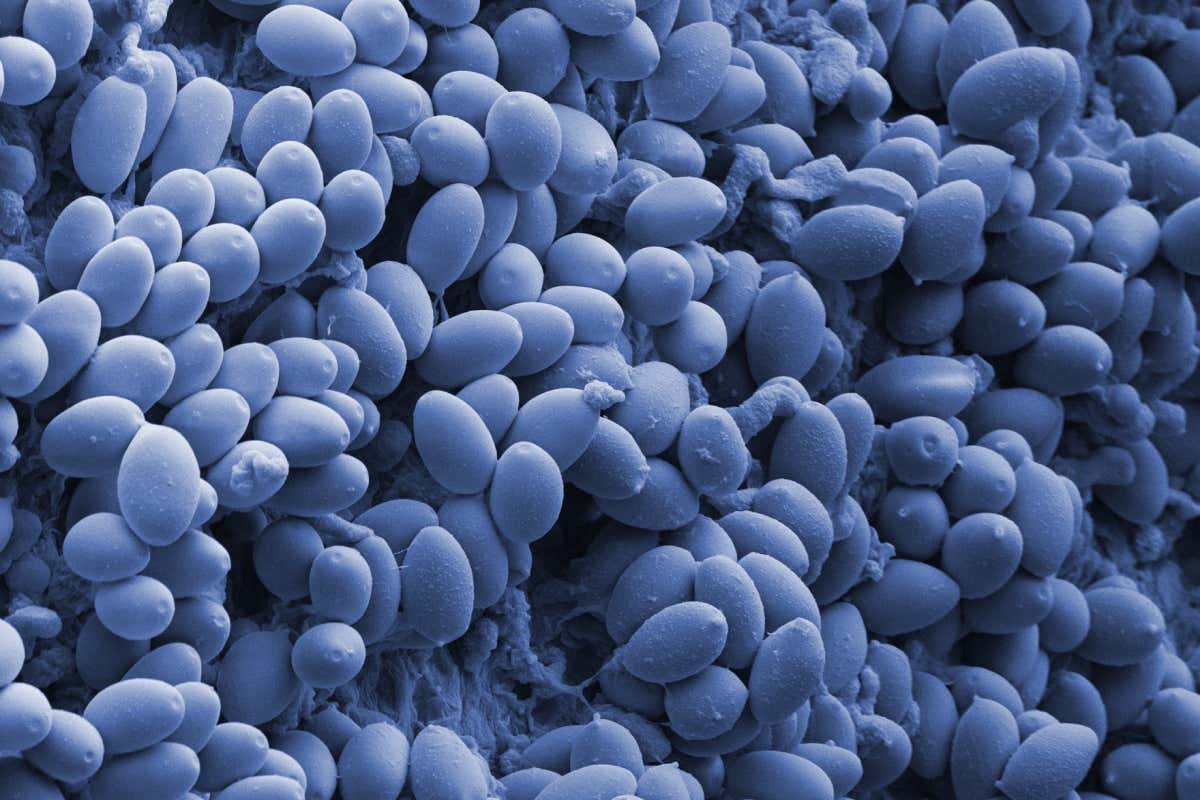 Psilocybin therapy seems to help some people give up drinking

Nearly half of a group who took psilocybin, the psychedelic compound in magic mushrooms, as part of a 12-week therapy programme reported giving up drinking months later after having previously been diagnosed as alcohol dependent

Psilocybin, the psychedelic compound in magic mushrooms, may help people with alcohol dependencies abstain from drinking. Nearly half of those who took the drug as part of a 12-week therapy programme no longer drank more than eight months later, according to results from the largest trial to date on psilocybin and addiction.

Michael Bogenschutz at NYU Langone Health in New York and his colleagues recruited 95 adults who were diagnosed with alcohol dependence. None of the participants had any major psychiatric conditions or had used psychedelics in the past year.

Everyone in the group went through a 12-week therapy programme. Most weeks, they had a roughly 1-hour long session with a therapist and a psychiatrist where they received cognitive behavioural therapy for alcohol use disorder.

In weeks 4 and 8, everyone had an 8-hour session where they were encouraged to lie on a couch, wear an eye mask and listen to music through headphones. During these longer sessions, 49 of the participants received a 25-milligram dose of psilocybin per 70 kilograms of body weight, which is considered enough to cause hallucinatory effects. The remaining 46 participants received an antihistamine placebo, chosen as it can cause similar side effects to psilocybin, such as relaxation and drowsiness.

The participants reported how much and how often they drank throughout the study. In the 12 weeks before starting the therapy, participants reported drinking heavily on 53 per cent of days, on average, where heavy drinking was defined as at least four alcoholic drinks a day for women and at least five a day for men. From the start of the study to week 32, the average number of days people reported drinking heavily decreased in both groups, down to 9.7 per cent of days for the psilocybin group and 23.6 per cent for the antihistamine group across that period. By 36 weeks, many people also reported giving up drinking completely – 47.9 per cent of the psilocybin group and 24.4 per cent of the antihistamine group.

While the mechanism for how psychedelics could treat addiction is still unclear, there are a few possibilities, says David Yaden at Johns Hopkins University in Maryland. Animal studies have found that psychedelics may increase neuroplasticity – the brain’s ability to change and adapt. This could explain why they can help people change their behaviours, he says.

One potential limitation of the study is that when the team asked participants to guess which drug they had been given, more than 90 per cent of people guessed correctly. Their expectations could have influenced the results, says Nehal Vadhan at the Feinstein Institutes for Medical Research in New York.

We have corrected Michael Bogenschutz’s affiliation.