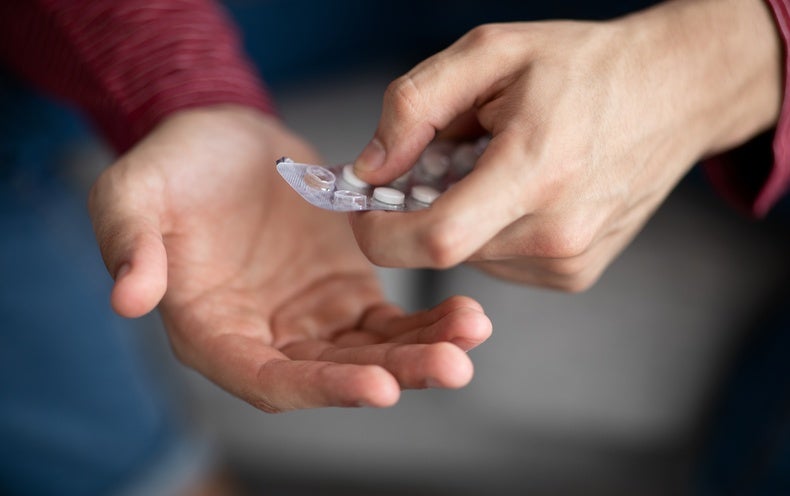 After two years of breakneck research, scientists have amassed a collection of therapies to treat people with COVID-19. But now, researchers fear that development of new treatments could falter as the clinical trials needed to test them become increasingly difficult.

Vaccinations in many places have led to a decline in severe disease, shrinking the pool of potential study participants. Hesitance to enroll in trials is rising, and the existence of potent treatments is making statistical analysis more difficult, too.

“It was definitely easier to do research in the past. Now you’ve got to design a study that meets the standards of care doctors want to do, and patients want to do. And it’s a lot harder,” says Elizabeth Hohmann, an infectious-disease expert at Massachusetts General Hospital in Boston.

Doctors treating people with COVID-19 can choose from roughly half a dozen types of therapy that have been recommended by the World Health Organization, or by national authorities such as the US Food and Drug Administration (see ‘Virus-taming tools’). Among them are steroids, synthetic antibodies and antiviral tablets. Some cut the risk of death for those already in hospital. Others lower the odds of having to be hospitalized at all. Death rates are dropping in some countries that are fortunate enough to have access to these treatments, and modelling suggests that widespread antiviral treatment could prevent the majority of COVID-19 deaths.

But, in many areas, the available therapies are limited in supply and high in cost. There’s also the looming spectre of resistance to drugs such as the antiviral Paxlovid (nirmatrelvir–ritonavir), developed by Pfizer in New York City. Researchers worry that progress in establishing new treatments will stall, even as many parts of the world are left without treatment options.

Thanks largely to vaccines, certain hard-hit countries have seen death rates drop precipitously. In Brazil, for example, where deaths were once running at 3,000 deaths a day, the figure has declined to less than 200 a day. Yet that welcome news can complicate trials.

At the beginning of the pandemic, health researcher Edward Mills at McMaster University in Hamilton, Canada, and his colleagues set up a trial in Brazil to learn whether existing drugs could prevent the most serious outcomes of COVID-19. When they launched the trial, called TOGETHER, in early 2020, the share of study participants who eventually died or had to be hospitalized was 16%. But the number dropped to 3–5% after vaccines became available. Before they could continue testing whether certain drugs prevent severe outcomes, the organizers therefore had to enrol more people who were in danger of becoming critically ill. That meant expanding the trial to further sites — in South Africa, Pakistan, the Democratic Republic of the Congo and Rwanda.

Another type of hesitancy

Scientists also worry that even those people who do qualify for trials are more reluctant to take part than they would have been at the beginning of the pandemic.

When Hohmann began overseeing a trial called ACTT to test COVID-19 treatments in early 2020, recruitment was quick: ill people had no better option. By April 2020, the trial had enrolled 1,062 people. And by the end of 2020, it had shown that the antiviral drug remdesivir speeds recovery and prevents death.

But Hohmann says that, as effective treatments such as remdesivir became available, it became more and more difficult to recruit participants for subsequent trials. Many people feel safer sticking with the established regimen, which today includes both remdesivir and the steroid dexamethasone, than trying an experimental drug as well.

“It just takes a much more adventurous person to step onto that third drug,” Hohmann says. It also takes some civic-mindedness to sign up for a trial if your life isn’t at risk, Hohmann says, and she suspects that the stress and upheaval of the pandemic has whittled away at potential participants’ altruism.

Hesitance of another sort might have affected a Canadian clinical trial for the drug losartan as a treatment for severe COVID-19. The majority of people in Canada became vaccinated during 2021, so most of the people available to join the losartan trial were unvaccinated. That could explain the rise in the share of people who were invited to join the study but declined: 18% in mid-2021 and 35% by the end of the year. Trial organizers suspect that the same factors that make people hesitant to receive vaccines, such as distrust of mainstream medicine, also make them disinclined to take experimental drugs.

As treatments have multiplied, so too has the complexity of the statistical calculations needed to determine whether a new drug is effective. As a result, researchers might need to recruit more trial participants, which takes more time.

That’s precisely what has happened for the organizers of the ongoing PRINCIPLE trial, which tests whether repurposed drugs can speed recovery or keep infected UK residents out of the hospital. All study participants receive the current standard of care, meaning that doctors are free to prescribe treatments in addition to the drug being tested. That dilutes any difference in outcome between participants taking the placebo and those taking the treatment under study, says Ly-Mee Yu, a medical statistician at the University of Oxford, UK, and PRINCIPLE’s lead statistician. Smaller differences mean that researchers need to work with larger groups of participants, and therefore trials take longer.

Hohmann notes that if researchers want to compare a new, highly effective drug against Paxlovid, the powerful antiviral that is now the leading treatment for early COVID-19, they will need to recruit a huge number of trial participants to discern a statistically significant difference between the two treatments. “You’d have to have a real game changer to take on Paxlovid,” she says.

But researchers might need to embrace the difficulties of finding a Paxlovid challenger. Recent experiments on cells 4,5 suggest that Paxlovid-resistant strains of the virus might arise — a stark reminder that no matter how complex the playing field becomes, the virus is defining the rules of the game.

This article is reproduced with permission and was first published on June 13 2022.