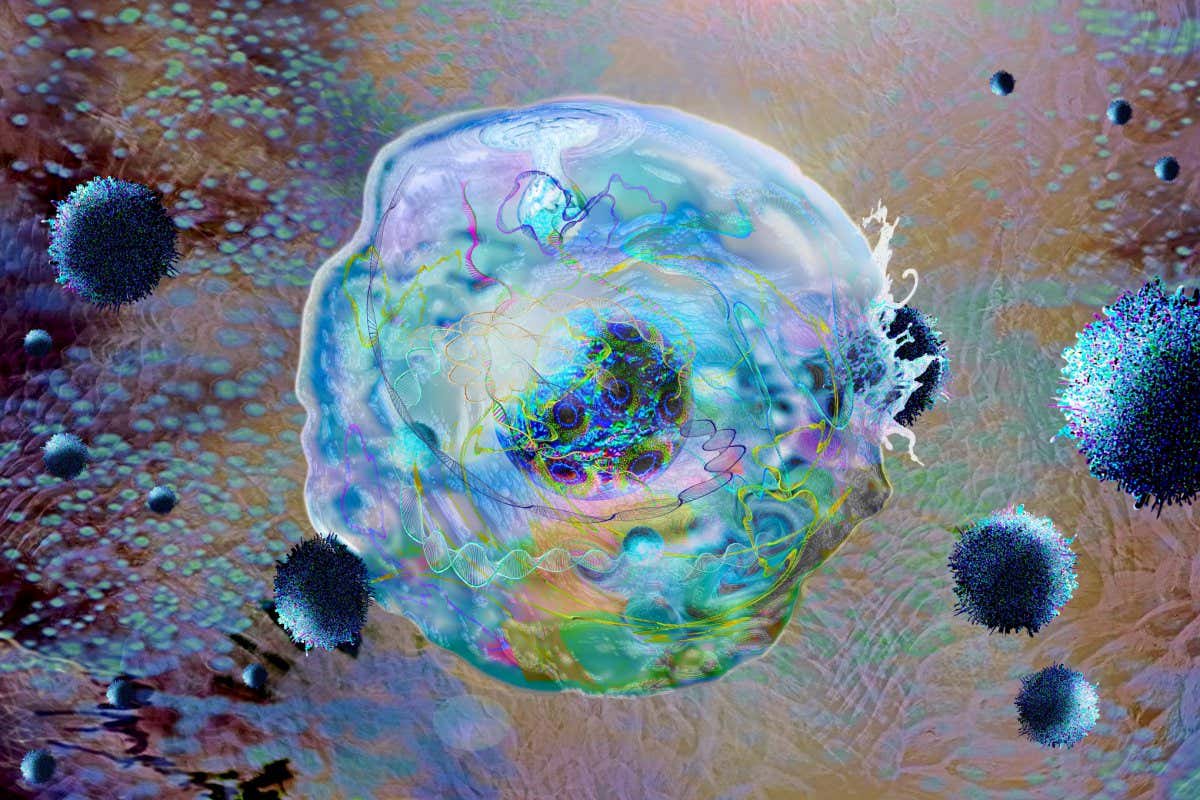 Illustration of a CAR-T cell

A high-tech gene therapy for treating cancer, which uses what are called CAR-T cells, has put two people with an otherwise fatal form of leukaemia into remission for about 11 years, the longest follow-up for this treatment yet.

While the same success may not happen for everyone who responds to CAR-T cells, the long-lasting results are a landmark for the field, says John Marshall at Barts Cancer Institute in London, who wasn’t involved in this study. “It shows that when you get it right, it works very well.”

“We can now conclude that CAR-T cells can cure patients with leukaemia,” says Carl June at the University of Pennsylvania, who has led work on the technique.

Although the team can’t say for sure the leukaemia won’t return, it is a reasonable assumption after this length of time, says Martin Pule at University College London, who is independent of the work.

CAR-T cells are currently used for people with various kinds of blood cancer, such as leukaemia and lymphomas, which haven’t responded to other treatments. To make the treatment, doctors take a sample of someone’s blood and extract T-cells, immune cells which normally attack tumour cells, but have failed to do so successfully in people with cancer.

In the lab, the cells have the gene for an artificial receptor added to their DNA by a virus, and are encouraged to multiply by about 10-fold. A few weeks later, the modified cells are then reinfused into the person. In the first kind of CAR-T therapy to be developed, the modified cells target a molecule, called CD19, found on the surface of B-cells, another branch of the immune system. B-cells are what multiply out of control in leukaemia.

For the two people who were treated in 2010, blood tests showed that soon after treatment their leukaemia went away. Many more people have been treated since – with an estimated four in 10 going into remission – but it wasn’t known how long CAR-T cells would remain, nor how long the remissions might be.

The latest work, based on sequencing blood cell DNA from the two treated people, shows that descendent cells of the original CAR-T cells continue to circulate in their blood.

Everyone has stem cells in their bone marrow that make B-cells, so these two people are probably continuing to make healthy B-cells, which stimulate their CAR-T cells to reproduce and attack them. No B-cells could be found in their blood, either healthy ones or the kind associated with leukaemia, suggesting they are being killed immediately.

The analysis also found that the CAR-T cells had changed from one kind of immune cell called CD8 cells to another called CD4 cells, which weren’t previously thought to be able to kill cancer cells directly. But when these CD4 cells were tested in a dish, they reacted to cells with CD19 molecules on them by turning into killers. “That was a big surprise,” says June. “We call these cells a living therapy. We install them, but they evolve in the patient over time.”

CAR-T cells are no panacea, though, even when they do work. They can cause severe side effects at first, caused by an immune reaction or the killed cancer cells releasing toxins.

Longer term, people are at higher risk of infections because they are left without B-cells, which make antibodies in response to new pathogens – although they can still make antibodies against pathogens they have already encountered. There is also a risk that the genetic changes used to create the therapy could make the CAR-T cells themselves cancerous – although there was no sign of this in these two people.

In the US, the treatment costs about $400,000. In the UK, health services pay a reduced price, which has been kept confidential.