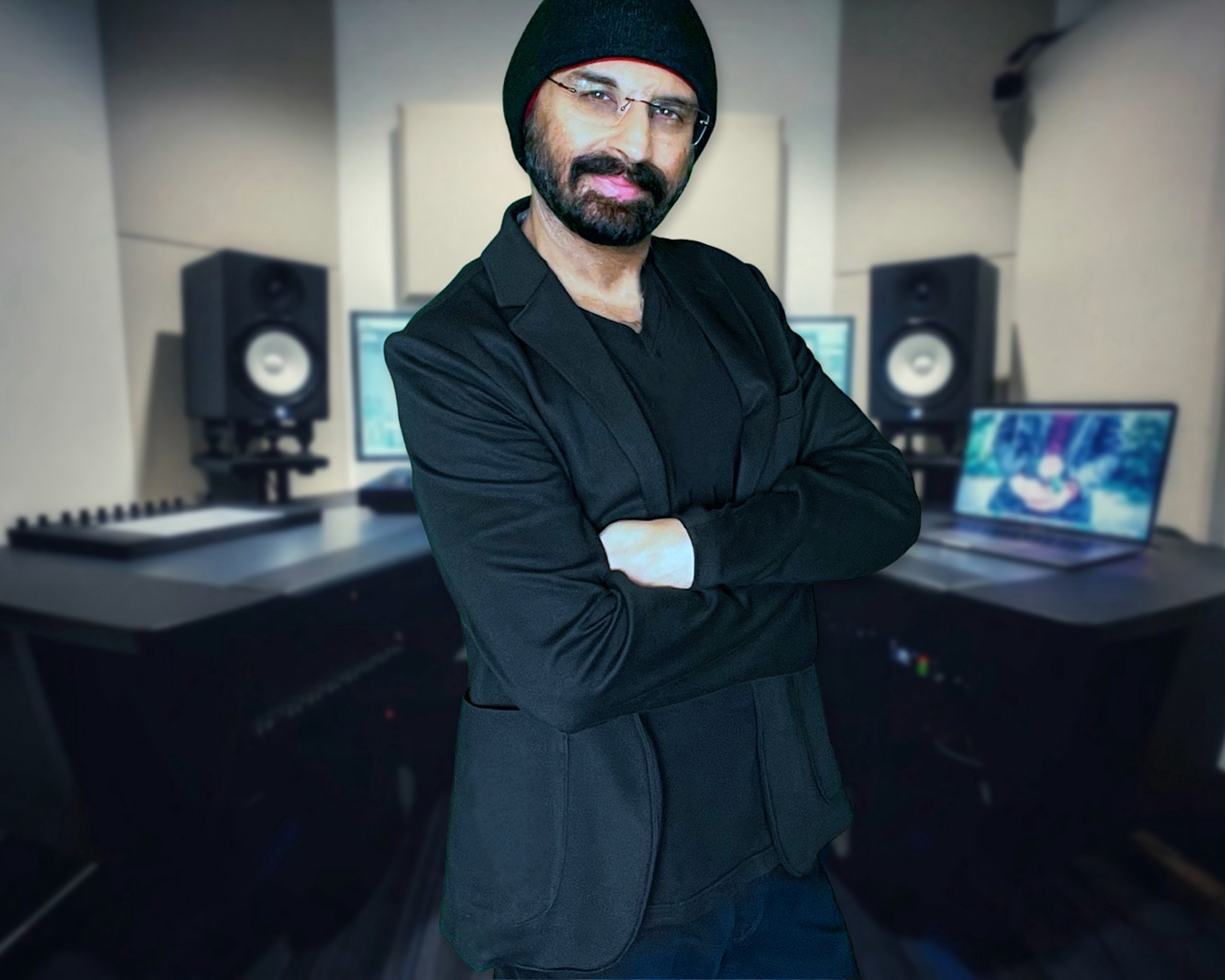 It’s good to hear a song from someone who believes there is a light in the world. It’s not easy to read or watch the news and believe in light.

Vineet Singh Hukmani’s “Light of The World” believes. One of the best decisions Hukmani made about this new single is avoiding specificity. You won’t find the words “God”, “Jesus”, “Allah”, “Buddha”, et al, in the words for this track. Hukmani leaves it up to listeners to assign whatever identity they like to the song’s subject, and it opens the door for a larger contingent of listeners.

The musical setting does this as well. Hukmani has written an overall arrangement that crackles with life and energy but possesses an airiness as well. There’s no clutter. His voice has the central role in the song’s mix without ever overshadowing or overwhelming the other instruments. Hukmani’s voice is chameleon-like. Longtime listeners may initially be a little taken aback by the vocal because he’s succeeded in transforming his voice into a suitable tone for the style. It doesn’t sound like him until it does.

That moment arrives soon after the first words. Hukmani’s feeling for the genre, current R&B with a vocal focus, runs deep and he’s written perfect lyrics for the sentiment he’s expressing. “Light of the World” looks to inspire listeners and does so with plain-spoken language that never rings false and gains further meaning from the emotion filling Hukmani’s voice.

There’s immense stylishness underlying his vocal as well. His talents are expansive enough, however, to give him an impressive degree of control – he never overplays his hand. Hukmani’s singing, instead, glides through the song with a calming and joyful warmth that emphasizes the messages rather than empty histrionics.

“Light of the World” stands on its own as a song, without question, but experiencing it with the song’s accompanying lyric video will make it even more memorable. He excels with small but significant elements such as the font for the lyrics and juxtaposing them with the best possible imagery. Every video Hukmani has produced exhibits a refined visual sense and this is no exception. It isn’t a particularly ambitious effort, Hukmani has gone further before and will again, but it’s a solid companion piece with the video that enhances the listening experience.

There are several strengths that will make a positive impression on listeners. There are, however, less audible parts of Hukmani’s art that deserve discussion and praise. Part of the package that’s enabled Hukmani to enjoy such unprecedented commercial success in such a short amount of time is that his talent transcends borders.

His predecessors are and were often burdened by inclination, skills, or promotion that tethered them far more to specific regions. Vineet Singh Hukmani, however, is a modern singer, musician, and songwriter who is singing for the whole world and not just a narrow target audience. He communicates that in his music and “Light of the World” is arguably one of the best examples yet of this facet of his gift.