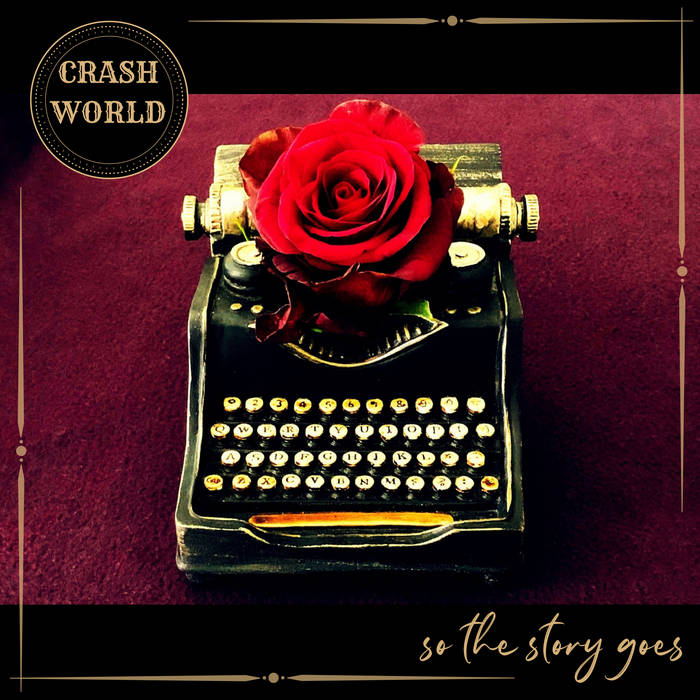 “So The Story Goes” by Crash World

Glen MacLeod and Graham MacDonald are Crash World. The duo from Vancouver, British Columbia, recently released So The Story Goes. They mention “The name Crash World is a term that to us, describes our relationship to music styles and genres. For Crash World there are no limitations on bringing together elements from all around the musical spectrum. A crashing together of styles from different eras and traditions to create our own unique musical world.”

So The Story Goes is a big album in multiple ways. First off there are a whopping fifteen songs and there’s no filler. It’s close to a double album. On top of that these songs are for the most part full arrangements that sound grand and vast in scope.

The album starts with “Lucky One” which begins with warm orchestral strings, acoustic guitar, drums and bass. I loved the sliding guitar which always brings with it a sense of nostalgia. There’s a bit of country flavor here. The song blossoms into a beautiful and atmospheric chorus. It’s quite a statement as an opener that this band can write a fantastic song.

The next song “Radio” contains organ, piano and a little more of an Americana type vibe. I loved the way the energy unfolded with this song. It builds and builds and then goes into a breakdown. The vocal melodies were memorable and I was impressed with the dynamics.

“Tail Lights Fade” contains a nice mix of emotive qualities. The song blends melancholy and gratitude with a vibrant message that at least in part seems to be about perseverance as the vocalist sings “So trapped, so lost / Don’t give up, don’t let go your dreams.” I have to say the hook is very catchy.

“Solsbury Hill” is one of the highlights in my opinion. I absolutely loved the guitar picking and vocal melody on this song. The drumming that comes in later in the song sounded great. “Before & After” has an incredible arrangement and leans into a jazzy quality I was not expecting. The horns and piano were especially good but all the instrumentation sounded spot on.

“Third Time’s The Charm” sounded like a ’70s classic to my ears which has a somber but nostalgic quality. Similar to some of the previous songs, it blossoms and expands into a robust song. This is another exceptional song.

The band is really only getting started. I thought the songs were consistently good but also there were some highlights. They don’t back down from making songs that are dynamic. Take for example “Black Swan” as well as the piano bar type romp entitled “R ‘n’ R Queen A.D.” Some of the other high points to my ears were “Leaving Behind” which reminded me a bit of the Steve Miller band and “The Good Life.” The closing track on the album “Cross Road Blues” was interesting because it was just some old school blues guitar and vocals which was far from the maximalism of the other songs.

This is an album where you can tell how much work was put into it. There’s no denying that. It paid off because this is a great album with consistently good songs that have plenty of variation. I’ve become a big fan of the band as I think you might as well.