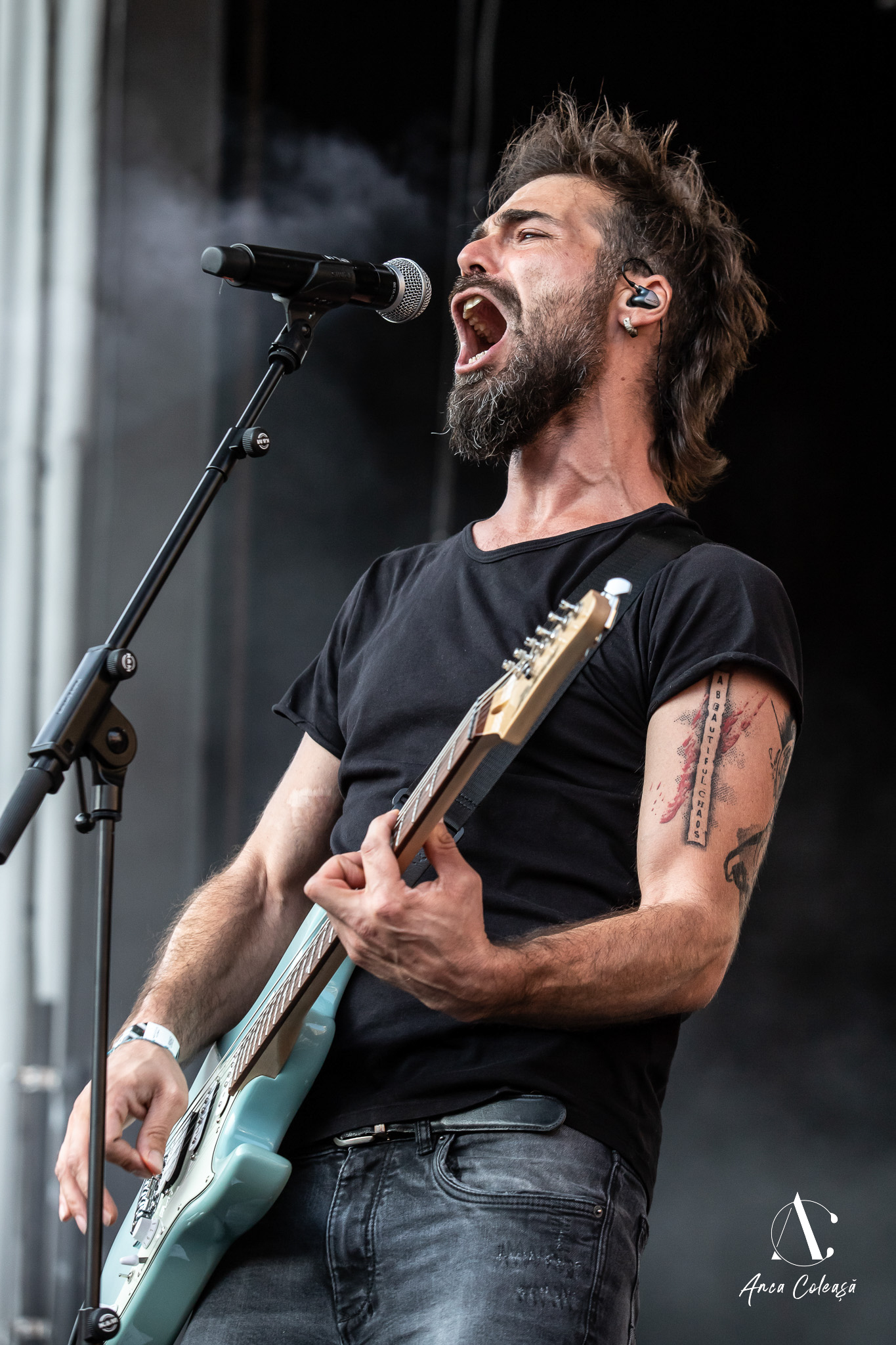 RECORDING ‘ANOTHER WAY OF SILENCE’ WITH RED ROLL

Italian band, Red Roll, is making 2022 their best year yet. They just released their new song, Shrift, which will be followed by the release of their full length album later this month through Universal Music Italia. The album was recorded in Monza, Frequenze Studios, January 2022, and according to the band, creating this album was very therapeutic. Each song depicts a state of mind, a marginality, an extreme;  a departure from what is socially acceptable in daily life. A departure from what we say out loud in everyday life.

The band, Red Roll, was born in the summer of 2018. It was formed by four lifelong musicians. The band is composed of Passo on vocals and guitar, Leo on guitars and vocals, Cesi on bass, and Jonny on drums. Since that day, they have played nonstop. They have been making their dreams come true one step after another. Red Roll has found a way to get their music out there, despite the unprecedented times of the pandemic, which was full of restrictions, particularly in Italy.

This year the world will see the escalation of Red Roll as a band in the music world.  The band just signed a distribution deal with Universal Music Italia for their upcoming album, and have recently signed with manager Andrea Dulio.

Let us in on your new music Another Way of Silence! When did you record it?

Hello guys! Nice to be here!

We recorded this album between January and February of 2022 in Frequenza studios near Milano, Italy!

How did you come up with the title?

I think that this title  might sound a little bit strange but it is perfect for this work! The word silence is not so common for a rock album! But this word has two different senses for us: it is the silence before a big burst of energy. You know? The silence betweenthunder and lightning, the silence before birth, the silence you can hear before being hit by a deafening noise.

The second meaning, but it is connected with the first one, is the silence that we have inside, in our most intimate part, that silence that is as loud as a scream.

Any writing traditions you have that you set in place when you wrote this album?

I don’t think so. When we wrote this album we just wrote what was inside us at that moment. Anyway we come from the rock world so for sure you can find that influence inside our music. Bands like Foo Fighters, Nirvana, Biffy Clyro, Muse ecc.. have been so important for us. We grew up with their sound… so probably you can find some of them in our music.

Any other traditions you have when you’re in your recording process?

No, none in particular.

What challenges came with recording this music?

The recording process is totally different from the live dimension. We prefer the second one for sure, we love contact with people. We love the unpredictability that live concerts offer. In the studio it is different, everything is scheduled and sometimes it is difficult to find the emotions to put inside the music. You spend hours recording your instrument and it can become alienating. But we work hard on this part, trying to put all the emotions that we have inside every single note .

Who did you collaborate with in the studio?

In this album there are no guest spots or collaborations. Everything came from us and our producer Pietro Foresti who supervised every single step of this work.

Any recording stories you have that you’ll remember forever from this music? Please share one with us!

Recording the album, we ran into a lot of trouble: our van broke down in the middle of the highway,  we rented a house in Milan and the radiators stopped working (in the middle january 😉 ), our guitar amp broke down during the recording, one of us got COVID so we had to stop recording….. It was a war!

What do you want fans to appreciate about your artistry when it comes to this new music?

We hope that people can see something of themselves in the music. Something that talks to them, that keeps them company, that arouses deep emotions in them.

But all this in an energetic, direct and visceral way.

After the new year we typically forget about our resolutions, have you kept yours when it comes to your music making?

hahaha yes! We tried. We were really focused on this work. We have been working on it for 2 years. And our producer was really important for this. He has created a plan of action allowing us to lose sight of the final objective.

Yeah! This album will be online from september 23 on every platforms, here you can find our links:

Thank you for chatting with us! We can’t wait to press PLAY!

Guys, it was a pleasure! We hope you enjoy the record and see us live soon.