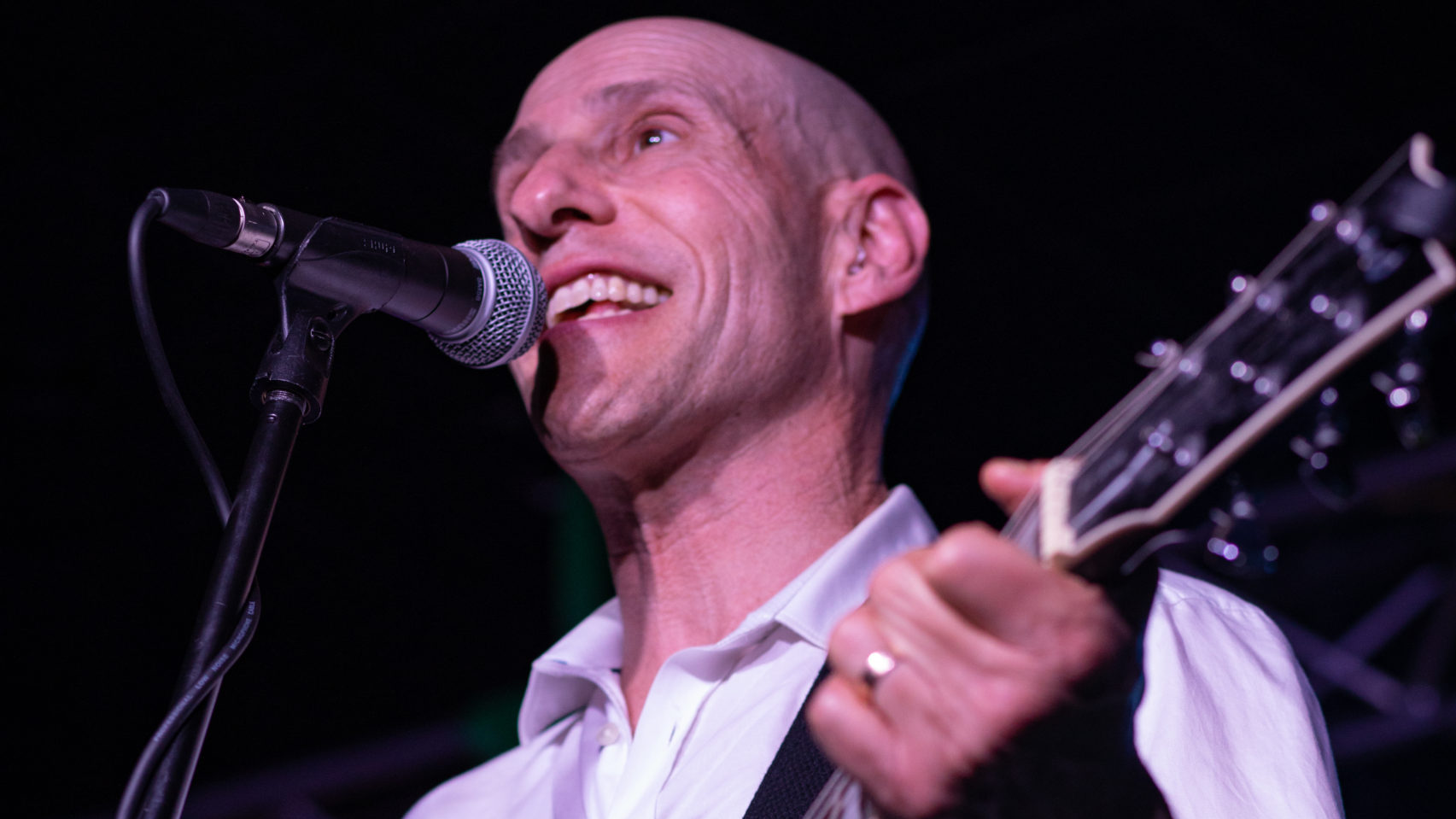 It’s Amazing is the second studio album from the Brian Shapiro Band and a huge leap forward from their admittedly great debut. No one can ever accuse Shapiro and his cohorts of an one-note presentation as the songs on this release cover an impressive gamut of styles and textures in a relatively brief window. The band’s first album All That We See served notice that the Los Angeles-born and now Pennsylvania-based singer/songwriter isn’t content to play by the time-tested rules of songwriting and performance. These are unique songs without ever sounding wholly unrecognizable and it’s hard to shake hearing this album once you’ve heard it.

If it’s your first exposure to Shapiro and his music, “Ambitigeddon” can be quite a surprise. The wiry, angular guitars, the herky-jerky nature of its tempos, and the slightly maniacal tinge to his singing aren’t ripped from How to Write to Alternative Rock 101. His outside the box take on the form will earn your respect, if not your love. He isn’t unable or afraid to travel more familiar ground, however, and “Am Now” proves it. It’s essentially a folk song, albeit slightly skewed, as the song’s measured tempo may throw listeners some. Some listeners may expect the song to veer in a different direction, but Shapiro largely obeys the same trajectory throughout.

“Go To” opens with St. Clair Simmons’ lonesome trombone and a near-walking bass accompanying it. It’s a little bit of sleight of hand, however, as the track transitions into a woozy barroom stagger taking listeners through the darkness of a dysfunctional relationship. It’s safe to say you’ve never heard this subject depicted in such a way. “More Memories” is another wide swing of the stylistic pendulum carrying listeners into probably the purest singer/songwriter territory on the collection. It’s reminiscent of Tom Waits, sans sandpaper vocals. It’s one of the best examples of songwriting you’ll find on the release and, possibly, Shapiro’s best work yet.

“LALA” works within an established tradition – social satire. The target is probably low hanging fruit, but there’s no question Shapiro realizes the song’s potential. It’s fresh despite that. One reason rating higher than others is Shapiro’s slightly off balance delivery. It provides an unusual spin on the customary lead vocal and he pours plenty of oomph into his voice. The self-scathing theatricality of “All of the Time” may turn off some listeners; there’s no use pretending that Shapiro’s music is for everyone. Others, however, might hear the exaggerated vocal delivery and iconoclastic musical backing as a well-crafted mask for the song’s withering personal take.

“Take-n-Make” pairs well with the album’s finale “Savor”. Shapiro claims distorted thinking as one of his primary themes but the last two tracks, as well as its predecessors, point towards larger concerns. There’s a great deal of reflection going on in his work about life’s connections and who benefits from them. “Take-n-Make” unfolds at a near-dreamlike pace quite unlike anything else on the album. It’s Amazing is a collection full of improbable riches well worth exploring.