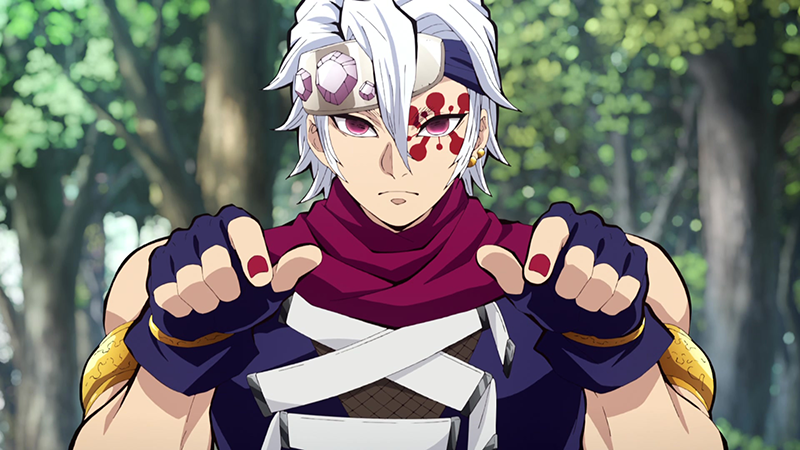 While Demon Slayer Season 3 isn’t here yet, there’s good news for audiences who can’t get enough of the series. The option to purchase the Demon Slayer: Kimetsu no Yaiba Entertainment District Arc Blu-ray has arrived. Additionally, this release comes just in time with the first anniversary of when the arc aired.

“After visiting the Rengoku residence, Tanjiro and his comrades volunteer for a mission within the Entertainment District, a place where desires are sold and demons dwell. They journey alongside the flashy Sound Hashira, Tengen Uzui, in search of a monstrous foe terrorizing the town. Sworn to slay creatures of the night, the hunt continues.” the synopsis states.

The Demon Slayer: Kimetsu no Yaiba: Entertainment District Arc Blu-ray releases on December 20, 2022. It contains 11 episodes and costs $48.74. The Crunchyroll store is accepting pre-orders until December 19. The Blu-ray is available to watch in English and Japanese.

Demon Slayer: Kimetsu no Yaiba follows the story of Tanjiro Kamado, a young boy who joins the Demon Slayer Corps after a demon slaughtered his whole family. The only survivor is his younger sister, Nezuko, who became a demon after the incident. As a Demon Slayer, Tanjiro aims to get his sister to become human again.

Facebook
Twitter
Pinterest
WhatsApp
Previous articleThe Joys of a Natural Disaster in Powerful Memoir Placing
Next articleGlass Onion: A Knives Out Mystery Is a Silly, Absurd