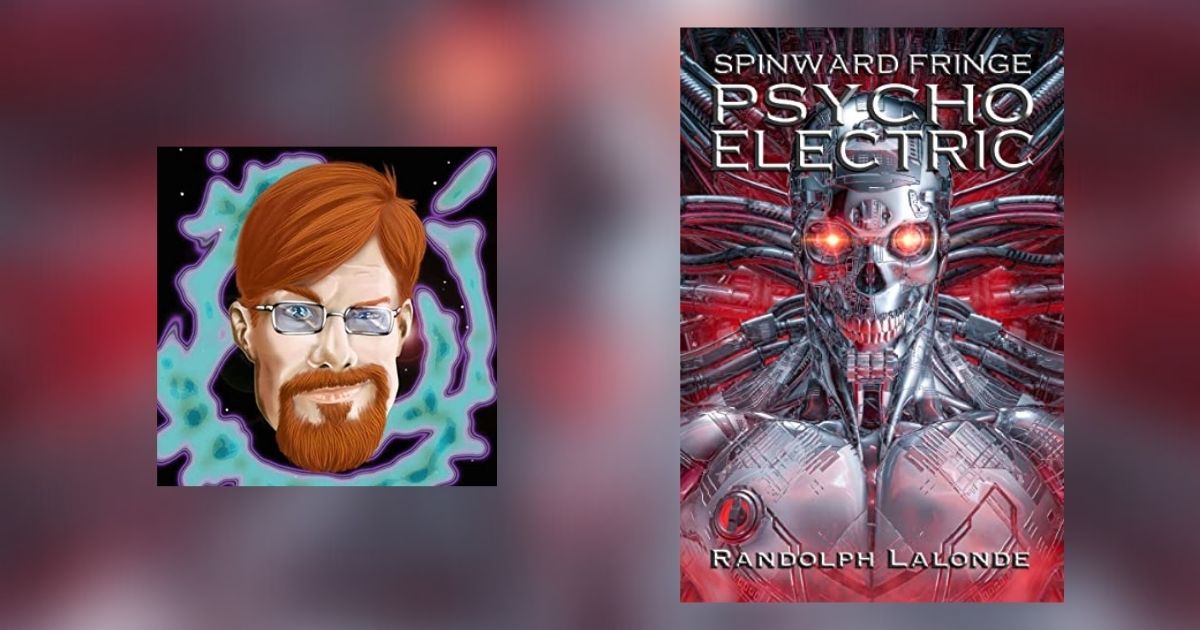 What’s the story behind the story? What inspired you to write Psycho Electric?

For about ten years I’ve been daydreaming about, researching, and scheming to put this book together. After talking to a couple of friends who are in the medical and software development fields about the pieces I was missing, I got to work. Shortly after that, my Patreon Subscribers got to see the rough draft as I wrote it because I serialized it there. Most of their comments improved the manuscript in a couple of ways. A few edits later, and here we are!

If you had to pick theme songs for the main characters of Psycho Electric, what would they be?

Theme songs? I would choose Essenger: Empire of Steel for now. A good friend of mine, and great composer, is working on an orchestral theme for the audiobook right now though, so I’m sure I’ll like what he does better.

I’m re-reading and listening to all the Spinward Fringe books at the moment so I know what I’m doing while I write the next 2-4 books. I don’t have much time for other novels right now because I’m in Spinward Fringe school.

I can’t reveal which scene was my favourite because it’s a huge spoiler. A close second is the very first chapter, where he’s getting ready to connect to the Cyberscape and embark on a heist. I’m still happy with the scene setting and emotional tone there, even though it’s a short chapter.

When I was a kid I used to have a die-cast toy version of the Millenium Falcon. After joining an online psychology workshop for writers that inspired me to reach back to my childhood self, to get in touch with the open-minded imagination of that kid, I got my hands on that toy and it’s been sitting nearby ever since.

Even when I’m writing sci-fi or fantasy that couldn’t be more different from Star Wars, I still see the Millenium Falcon as my “ship of dreams” and it helps me connect to the kid whose imagination was utterly unfettered and unlimited. Whoa, that got deep quick!

It changes, but right now I’d say; “Good habits are hard to form, but worth the work.”

I’d like them to remember Rafe’s flaws. Some of them were difficult for me to write because they reflect some of my own, and after examining them, I’ve seen that so many people carry the same burdens. I won’t go into specifics, but I invite you to see them for yourself. I believe his strengths and flaws make Rafe one of my best characters.