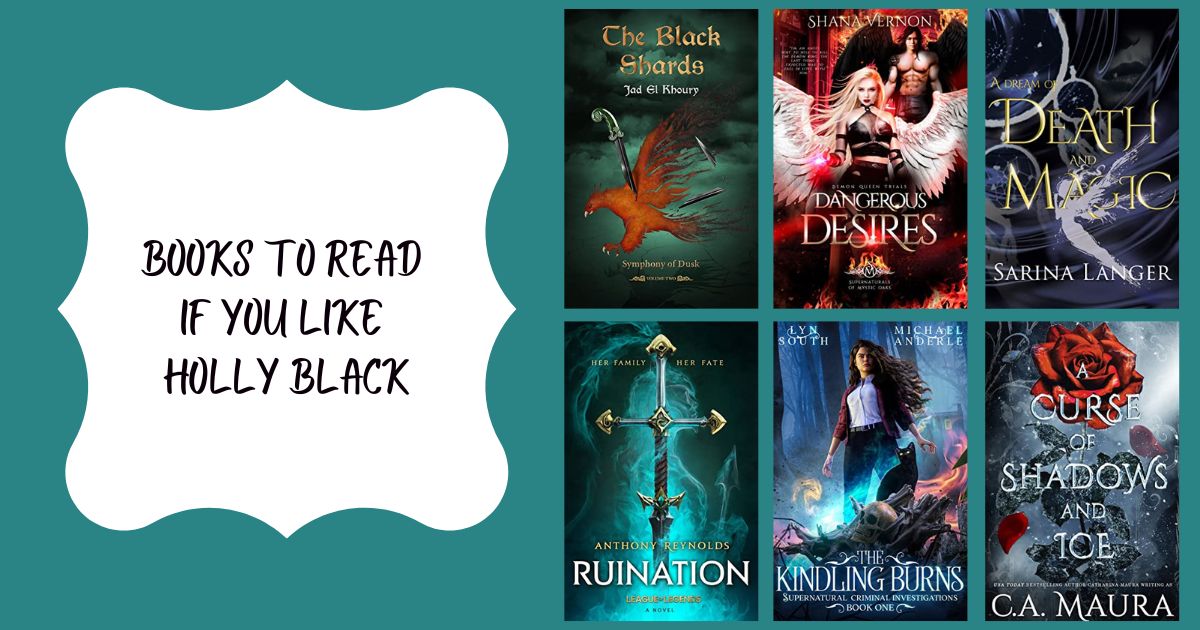 Holly Black, best known for novels like The Spiderwick Chronicles, Book of Night, The Cruel Prince, and more, is a #1 New York Times bestselling author. Fans of the fantasy genre, both young and old, are sure to love her intricate book series and stand-alone novels! If ancient myths, new worlds, and complex characters on a magical adventure are what you’re looking for, then be sure to check out these new fantasy releases for fans of Holly Black.

The demon king is arrogant, dangerous, and hot as sin. He is also my new mission. I’m the daughter of two powerful Archangels. So, let’s just say the expectations are high, and when I’m caught partaking in one of the worst sins – lust – I’m sent on an impossible mission. The minute I see him, I know more than my life is at stake; my heart is too… Hell hath no fury like Lucifer scorned.

Most phoenixes have been decimated. Yet the war is just beginning. When Robin learns that Clara is to be sacrificed to the Mother of Darkness, Lilith, he inserts himself into her life to keep a watchful eye on her. But what Clara does not know is that the Robin that she admires and cares for is none other than the monstrous beast who holds the key to both her salvation and her doom.

She’s hidden her identity for years, all to keep her and her family safe, but running from supernatural beings comes at a cost…

Discover an epic tale of magic, revenge, and an empire on the verge of ruin in the first ever novel set in the blockbuster universe of League of Legends. “Ruination is a rousing, intrigue and action rich tale sure to delight fans of fantasy.” – Anthony Ryan, author of “The Pariah”

Esta Anderson’s life is missing something. She feels there should be… more to, well, everything, and her ambitions of being a photographer aren’t exactly going as planned, either. But she’s determined to change at least the latter this summer. So, when one day she finds a strange obsidian void lake in her dreams, she can’t just pretend it isn’t there. Something has to happen if she jumps in… right? It wouldn’t make her feel so seen and strangely whole if it were nothing. Except, that’s exactly what happens: nothing. At least at first. But then…

A Curse of Shadows and Ice

From USA Today Bestselling Author Catharina Maura comes a Beauty and the Beast retelling featuring a cursed emperor, a princess who possesses forbidden magic, and a marriage that could save them all.